Rabbi Ovadia Yosef, Shas' spiritual leader, is to be laid to rest at the Sanhedria Cemetery in Jerusalem on Monday, less than five hours after the Hadassah Ein Kerem Hospita announced his death. Some 850,000 are reportedly attending the funeral procession at the capital.

Hundreds of thousands of people are attending the funeral. Magen David Adom reported that 300 people were treated during the funeral procession of Rabbi Ovadia Yosef, 15 of them were evacuated to hospital. All had minor injuries, and several fainted, as others were suffering from heavy bruising.

The Chief Rabbi of Israel and the son of Rabbi Ovadia Yosef, Rabbi Yizhak Yosef, said: "I call on all of Israel, big and small, to participate in the funeral procession. Everyone must come to the funeral and rip their clothes."

Rabbi David Yosef, son of Rabbi Ovadia Yosef, said in his father's funeral: "You entered us to the world of Halacha. You were our Moses, father, who shall we ask now? Who shall we speak to? We are left orphans."

Shas Chairman Aryeh Deri cried during the funeral of Ovadia Yosef, saying, "We are orphans. We have no father. We have no leader. Who shall we ask? Who will unite us all? We will continue with devotion. The world of the Torah is at risk. You left us during our hardest time. Who will guide us? Who will show us the way?" 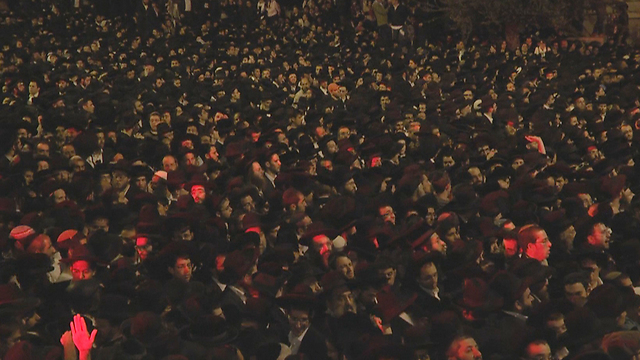 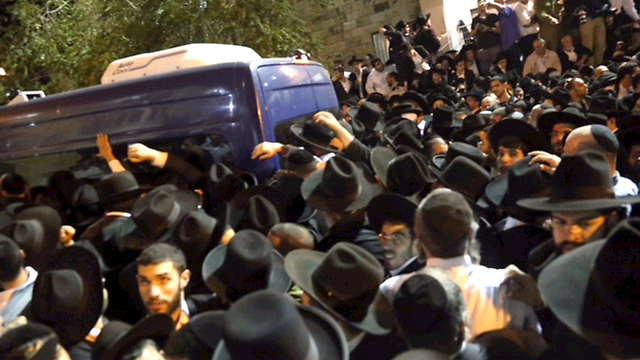 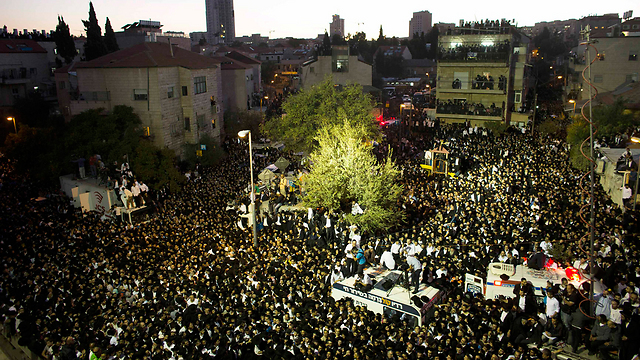 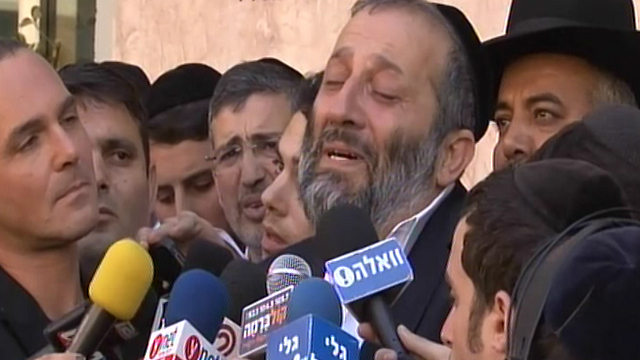 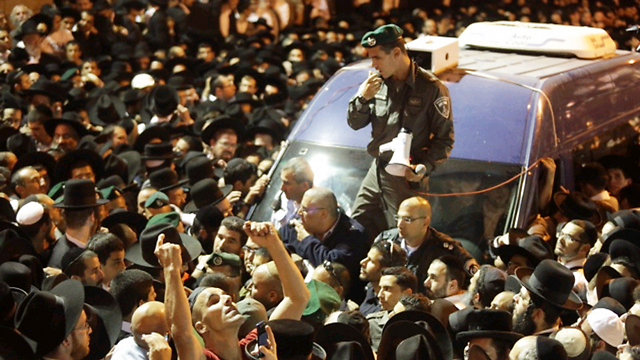 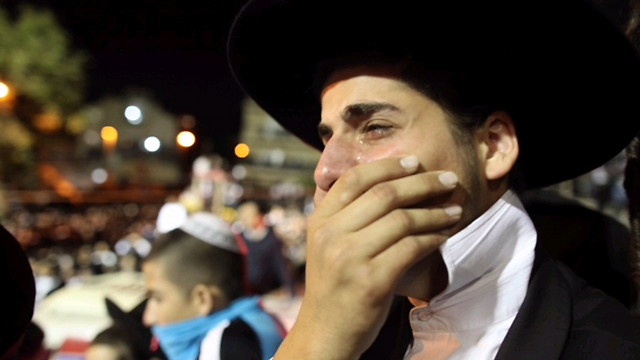 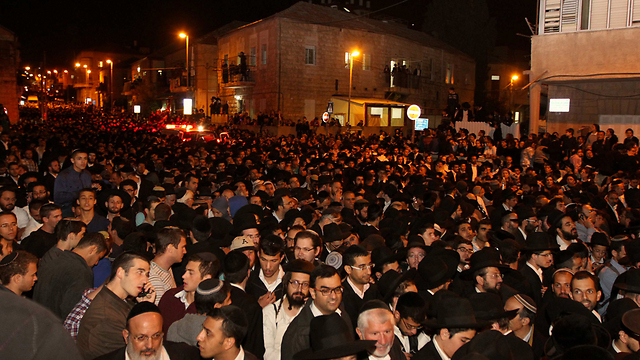 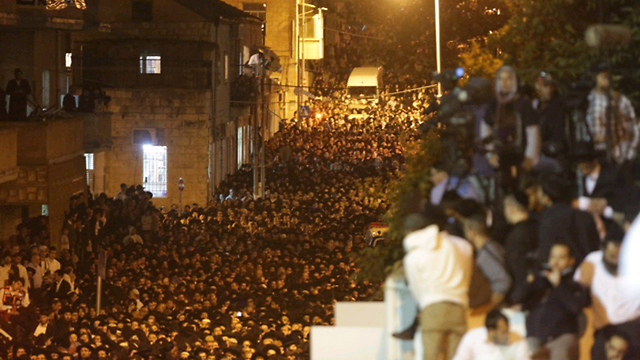 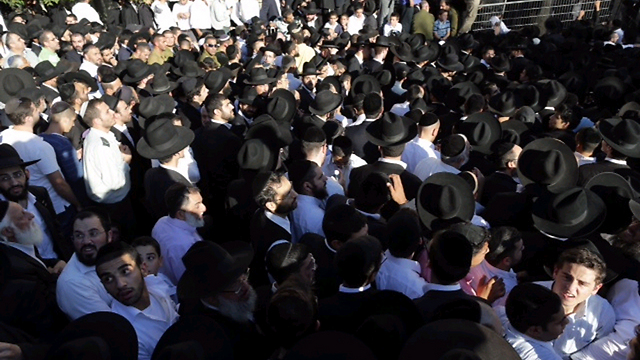 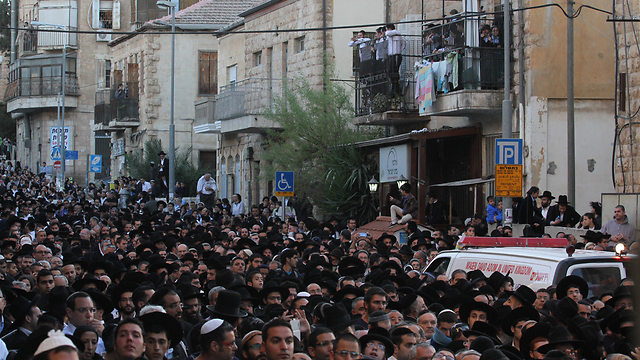 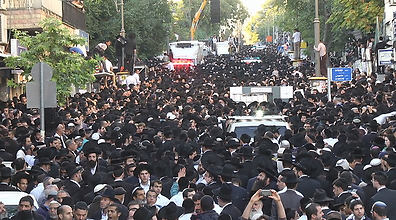 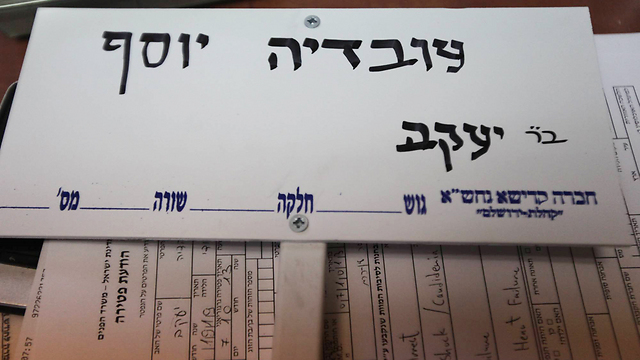 The sign to be placed on Rabbi Ovadia's grave (Photo: Gil Yohanan) 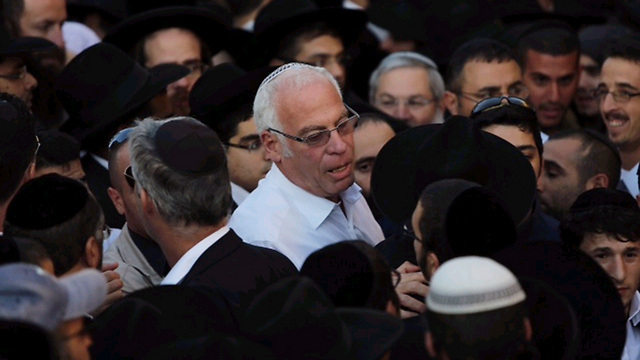 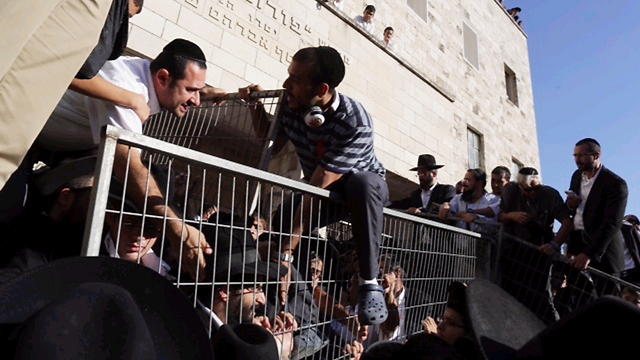 Yosef, 93, will be buried next to his wife, Rabbanit Margalit Yosef. The rabbi's condition deteriorated overnight and his family members were called to the hospital earlier on Monday.

Rabbi Yosef has been in and out of hospital several times over the past few months. Some two weeks ago he was admitted to the Hadassah Ein Kerem's Intensive Care Unit and has been in serious condition since. He suffered from heart and kidney problems and was given a pace-maker. On Sunday it was decided to put him under anesthesia and on a respirator.

Yosef has been called the Posek HaDor (the generation's leading religious arbiter) and Maran (master) by his supporters, and a divisive and polemic figure by his detractors.

He is survived by 11 children and a great many grandchildren. Some members of his extended family serve in senior positions in Shas and the educational and social establishments founded by the party.