Emergency hospital construction in Haifa delayed due to fund failure

The completion of an emergency hospital in Rambam Medical Center in Haifa is doubtful after State "forgets" to transfer the last NIS 40 million necessary for the project.

Meanwhile, the National Security Council has dropped the hospital from the top of its priority list.

A letter sent by Rambam director, Prof. Rafi Biar, to the Prime Minister Office's director Harel Locker, Finance Minister Yair Lapid and to Health Minister Yael German, read: "Due to delays in the money transfer, the completion of the construction of the secure hospital for emergency will not be possible. As a direct and immediate result it will be impossible to treat the sick, the injured and the hospitalized… a population of hundreds of thousands of Israelis will be left without the most basic protection." 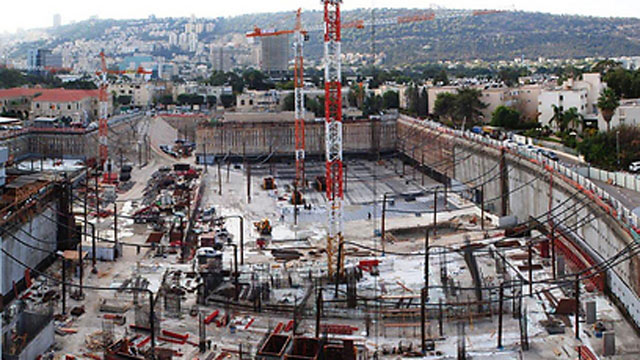 The emergency hospital was under construction for the last five years, costing some NIS 450 million. The hospital is underground, three floors deep, and will be routinely used as a parking lot.

Filters against chemical and biological warfare line the ceiling and entrances are fitted with reinforced steel doors. In emergencies, the underground parking lot will be cleared of vehicles and supplied with 2,000 beds. Entrances will be sealed and the place will function as an autonomous sealed zone with its own electricity, water and air purifying systems. 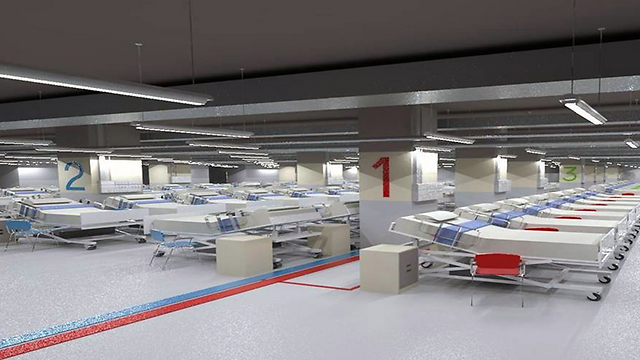 The decision to build the hospital was made by the government after the severe congestion in the Second Lebanon War, but the lacking NIS 40 million from the State are delaying the opening of the hospital, already behind schedule.

Until the money arrives, the parking lot, able to house 1,500 cars, will be opened, but cannot be converted into a hospital in emergencies.

"The Finance Ministry is delaying the funds for wrong and baseless reasons, in a way which may cost lives and cause unnecessary damages," Prof. Biar summed up.

The PM's Office said in response that the issue is under the Finance Ministry's jurisdiction. The Finance Ministry told Ynet: "The funding was made in accordance with the Health Ministry's priorities. So far the State transferred NIS 160 million to the project and there's no delay in the transfers by the accountant general."

So far, the Health Ministry has given no response.