In the Pariserplatz in central Berlin, a short distance from the Reichstag, at the top of the US embassy, sits the American spying hub, said a Der Spiegel article published on Monday.

Pariserplatz (Paris Square) is the political heart of the German republic, where billion-euro budgets are negotiated, laws are formulated and soldiers are sent to war. It's an ideal location for diplomats - and for spies.

Research by Spiegel reporters in Berlin and Washington, talks with intelligence officials and the evaluation of internal documents of the US' National Security Agency and other information, most of which comes from the archive of former NSA contractor Edward Snowden, lead to the conclusion that the US diplomatic mission in the German capital has not merely been promoting German-American friendship. 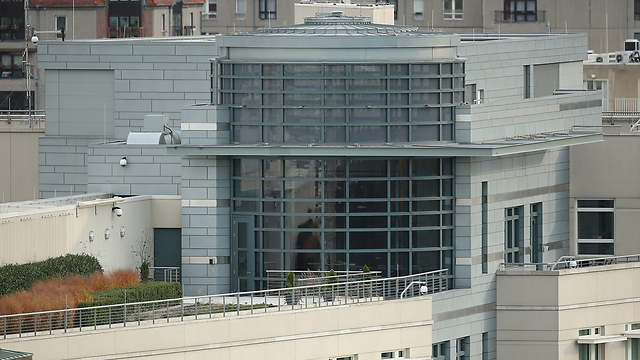 Alleged spy hub on top of US embassy in Berlin (Photo: Gettyimages) 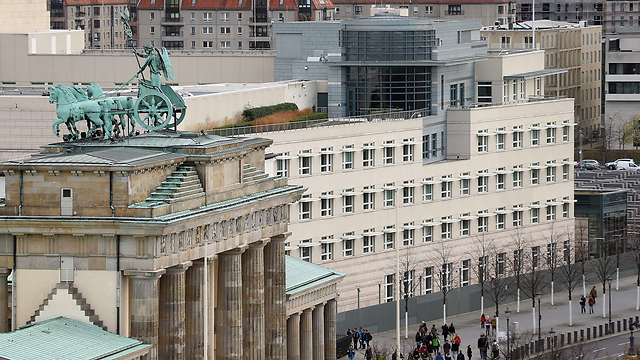 The embassy next to Brandenburg Gate (Photo: Gettyimages)

On the contrary, it is a nest of espionage. From the roof of the embassy, a special unit of the CIA and NSA can apparently monitor a large part of cellphone communication in the government quarter. And there is evidence that agents based at Pariser Platz recently targeted the cellphone that Merkel uses the most.

A "top secret" classified NSA document from the year 2010 shows that a unit known as the "Special Collection Service" (SCS) is operational in Berlin, among other locations. It is an elite corps run in concert by the US intelligence agencies NSA and CIA.

According to the article, a "top secret" classified NSA document from the year 2010 shows that a unit known as the "Special Collection Service" (SCS) is operational in Berlin, among other locations. It is an elite corps run in concert by the US intelligence agencies NSA and CIA. 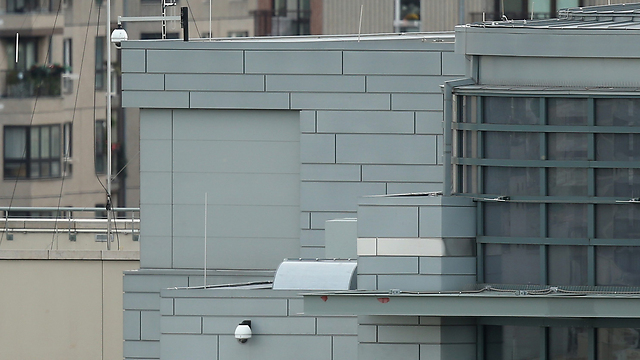 Sealed walls (Photo: Gettyimages)
The secret list reveals that its agents are active worldwide in around 80 locations, 19 of which are in Europe - cities such as Paris, Madrid, Rome, Prague and Geneva. The SCS maintains two bases in Germany, one in Berlin and another in Frankfurt. That alone is unusual. But in addition, both German bases are equipped at the highest level and staffed with active personnel. According to the document, the SCS operates its own sophisticated listening devices with which they can intercept virtually every popular method of communication: cellular signals, wireless networks and satellite communication. The necessary equipment is usually installed on the upper floors of the embassy buildings or on rooftops where the technology is covered with screens or Potemkin-like structures that protect it from prying eyes. Spiegel asked British investigative journalist Duncan Campbell to appraise the setup at the embassy. Campbell refers to window-like indentations on the roof of the US Embassy. They are not glazed but rather veneered with "dielectric" material and are painted to blend into the surrounding masonry. This material is permeable even by weak radio signals. The interception technology is located behind these radio-transparent screens, says Campbell. The offices of SCS agents would most likely be located in the same windowless attic. Earlier on Monday, American sources admitted for the first time that the NSA used to tap German Chancellor Angela Merkel's cellphone, as well as the private communications of a row of other world leaders. The Wall Street Journal reported that according to these sources, the NSA terminated this operation after an internal probe held by the Obama administration uncovered the bugging project. At the same time, it was reported that the NSA tracked more than 60 million phone calls in Spain – all of them in one month. The Spanish newspaper el Mondo released the report, based on a secret document allegedly leaked by Edward Snowden, who exposed the US's the US wiretapping affair. The report is likely to strain the US's relations with yet another of its European allies, after similar revelations tested its ties with France and Germany last week.