Over 10,000 people attend rally commemorating Yosef in Jerusalem; Eli Yishai: Miss him on the personal level

Over 10,000 people came out Tuesday night to participate in a memorial service in Jerusalem marking 30 days to the death of Rabbi Ovadia Yosef.

In preparation for the event, which was taking place in Sanhedria Cemetery, police blocked major roads.

A long line of rabbis, family members, and those close to Yosef spoke at the ceremony, including Ovadia Yosef's son, Rabbi Yitzhak Yosef. 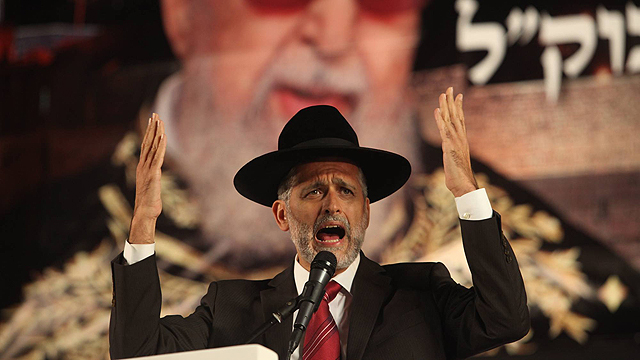 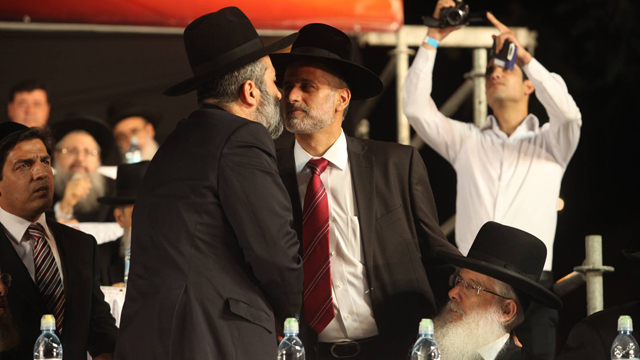 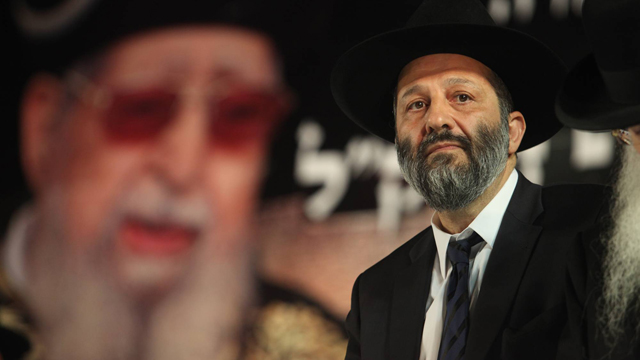 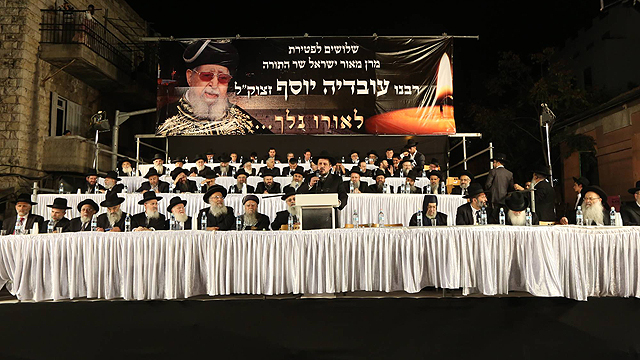 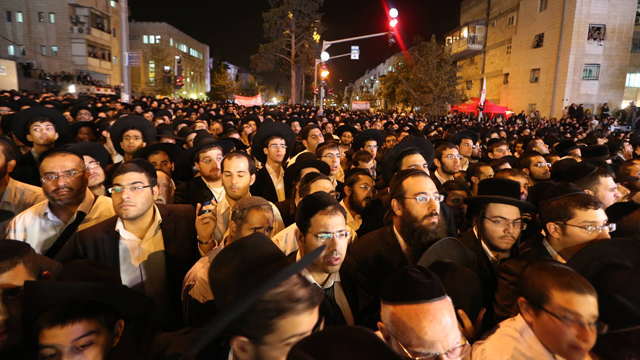 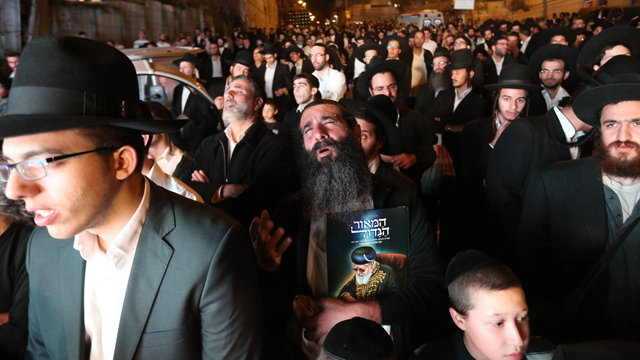 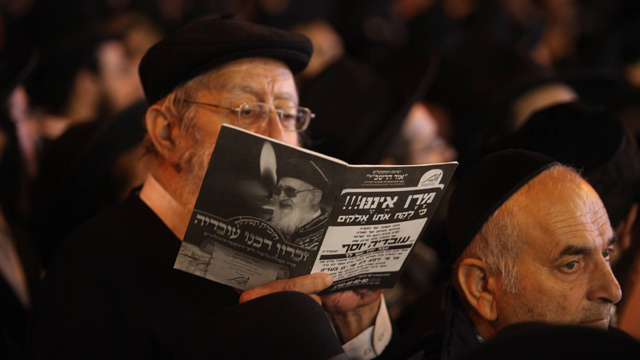 Though he did not speak at Yosef's funeral, MK Eli Yishai spoke at the ceremony. A dispute erupted in Shas leadership when Aryeh Deri wouldn't let Eli Yishai speak at the funeral, but after talks between the two, an agreement was made that Yishai would speak at the memorial.

When Yishai came up to speak, he was greeted with kisses and hugs from Deri, and cheers from the audience.

"How hard it is for us to take in the great loss that our teacher, that our rabbi is no longer with us. When a father dies, we miss him every moment. I miss him every morning in prayers, every day in consultations," Yishai said.

At the 30 day mark, a halacha book was published – another volume in the writings of Rabbi Ovadia Yosef from his final days.