A hotel-spa in Germany apologized Wednesday for offering a "romantic Kristallnacht" just days before the 75th anniversary of the Nazi pogrom of the same name, where hundreds of Jewish businesses were ruined and thousands of Jews were sent to concentration camps in 1938.

Ads promoting a "long, romantic Kristallnacht" at the hotel sparked outrage and protest in social media. The spa apologized Wednesday on its facebook page and pulled the ad.

The hotel often uses the word "Kristall" (crystal) in its ads as a pun on its name, but representatives said the campaign was "extremely insensitive and inappropriate". The ad was changed to offer a "long romantic night." 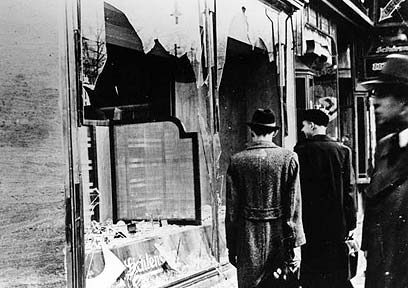 On November 9, Germany will mark 75 years to the Kristallnacht. Last weekend, Germany Chancellor Angela Merkel called upon Germans to be alert to the threat of anti-Semitism. She described the November 9, 1938 events as "one of Germany's darkest moments". Merkel urged Germans to ensure that anti-Semitism is not tolerated.

On Kristallnacht, Nazi thugs attacked Jewish businesses around Germany, set fire to 300 synagogues, and rounded up 30,000 men to be sent to concentration camps. Some 90 Jews died that night.

About 200,000 Jews live in Germany today, according to the Central Council of Jews in Germany