Kerry in Geneva: There is no agreement at this point

US Secretary of State John Kerry said on Friday important gaps needed to be bridged in high-stakes talks with Iran on curbing its nuclear program and he would meet Tehran's foreign minister shortly to try to clinch an interim deal.

Kerry in Geneva: No deal yet (Video: Reuters)

Meanwhile, the White House rejected angry Israeli criticism of a proposed interim agreement on Iran's nuclear program as "premature" as no agreement had yet been reached in Geneva talks.

"I want to emphasize there is not an agreement at this point," Kerry said shortly after arriving in Geneva, tempering rising anticipation of a breakthrough that would reduce the risk of a Middle East war over Iran's nuclear aspirations. "We hope to try to narrow these differences but I don't think anybody should mistake there are some important gaps that have to be closed," he told reporters. 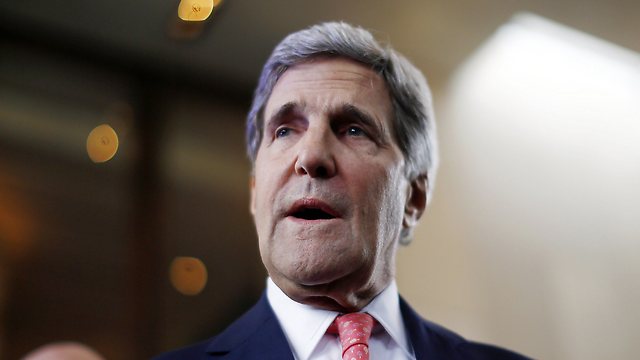 "There is no deal. Any critique of the deal is premature," White House spokesman Josh Earnest said aboard Air Force One, leveling criticism at Prime Minister Benjamin Netanyahu who earlier warned Kerry he was offering Iran the "deal of the century."

"This is a very bad deal. Israel utterly rejects it," Netanyahu said. But Earnest insisted that no deal had yet been agreed in the talks and that Kerry had flown to Geneva to try to narrow differences between Iran and world powers know as the P5 plus one group. "There is no deal in place," Earnest said. 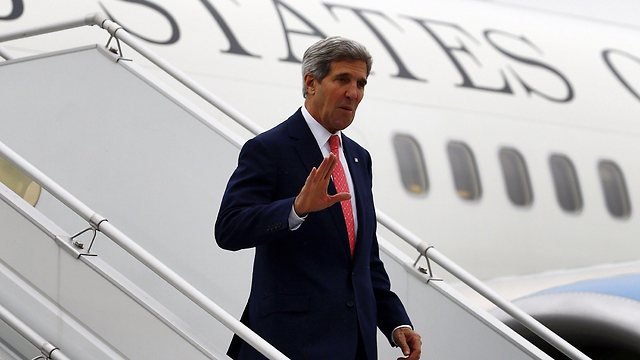 Kerry in Geneva: No nuclear deal yet (Photo: AFP)

Midway through the second round of negotiations, Kerry joined fellow big power foreign ministers in Geneva to help cement a preliminary accord. Kerry's imminent visit to North Africa was postponed, Algiers announced on Friday, hinting at the urgency of the current Geneva meeting.

Diplomats said a breakthrough remained uncertain and would in any case mark only the first step in a long, complex process towards a permanent resolution of international concerns that Iran may be seeking the means to build nuclear bombs.

According to them, the arrival of Kerry, British Foreign Secretary William Hague and French and German foreign ministers Laurent Fabius and Guido Westerwelle signaled that the five permanent UN Security Council members and Germany may be closer to an elusive pact with Iran than ever before.

In an interview with Iranian TV, Iran's Foreign Minister Mohammad Javad Zarif said that "We have now entered the very difficult and sensitive phase of editing the text that will be published, should the talks reach an agreement soon. It is possible that the negotiations will take more time. However, given the sensitivity of these discussions, we can see that the ministers are eager to participate, and we have to see what the results will bring."

A senior US State Department official said Kerry was committed to doing "anything he can" to overcome the chasm with the Islamic Republic. The powers aim to cap Iran's nuclear work to prevent any advance towards a nuclear weapons capability.
Netanyahu: Deal with Iran huge mistake
X

Kerry arrived from Tel Aviv where he met Prime Minister Benjamin Netanyahu. Speaking as headed into their meeting in Israel, Netanyahu told reporters Friday that Iran had got "the deal of the century".

"Israel utterly rejects it and what I am saying is shared by many in the region, whether or not they express that publicly. Israel is not obliged by this agreement and Israel will do everything it needs to do to defend itself and the security of its people," he said. "I understand that the Iranians are walking around very satisfied in Geneva as well they should be because they got everything and paid nothing," Netanyahu said. "Everything they wanted, they wanted relief of sanctions after years of a grueling sanctions regime, they got that. They are paying nothing because they are not reducing in any way their nuclear enrichment capability," he said.

In a signal to Kerry, following his remarks about Israeli policy on Thursday; Netanyahu added "That is true also of our negotiations with the Palestinians."

"I will never compromise on Israel's security and our vital interests, not in the face of any international pressure. I think the pressure has to be put where it belongs, that is on the Palestinians who refuse to budge. But I think in any case, no amount of pressure will make me or the Government of Israel compromise on the basic security and national interests of the State of Israel," Netanyahu said.

A State Department official said only that Kerry and Netanyahu met one on one for two hours and 15 minutes. An Israeli official declined to say what deal was brewing, or how Israel knew the details.