Two years after angry mob storms British embassy in Tehran, countries renew diplomatic relations, appoint charges d'affaires. 'This is very much in the interests of both our countries,' says British appointee

Britain said on Monday it had revived diplomatic relations with Iran and appointed a non-resident charge d'affaires, two years after an angry mob ransacked the British embassy in Tehran.

The announcement reflects a thaw in Iran's relations with the West and comes after Iran and six world powers, including Britain, came close to a preliminary agreement about Tehran's nuclear program at the weekend.

Britain's Foreign Office said Ajay Sharma, currently the head of the ministry's Iran department, would take up the post immediately and hoped to visit Tehran this month. 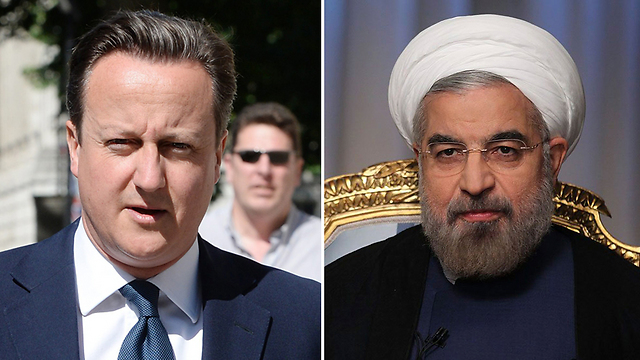 "I am very much looking forward to renewing direct UK contact with the Iranian government and society," Sharma said in a statement. "This is very much in the interests of both our countries."

Britain closed its embassy in Tehran in 2011 after a rally against British sanctions escalated into violence and protesters scaled the walls, ransacked offices and burned buildings.

It was the worst crisis between Britain and Iran since full diplomatic relations were restored in 1999, a decade after Ayatollah Ruhollah Khomeini's fatwa that British author Salman Rushdie should be killed for writing "The Satanic Verses".

Sharma will be based in Britain but will travel regularly to Iran. He was deputy head of the British mission in Tehran in 2007 and 2008.