In his 50s, Zabulon Simintov is the last known Afghan Jew to remain in the country. He has become something of a celebrity over the years and his rivalry with the next-to-last Jew, who died in 2005, inspired a play.

Mindful of Afghanistan's extremely conservative Muslim culture, Simintov tries not to advertise his identity to protect the Balkh Bastan or Ancient Balkh kebab cafe he opened four years ago, naming it after a northern Afghan province.

"All food here is prepared by Muslims," he said. 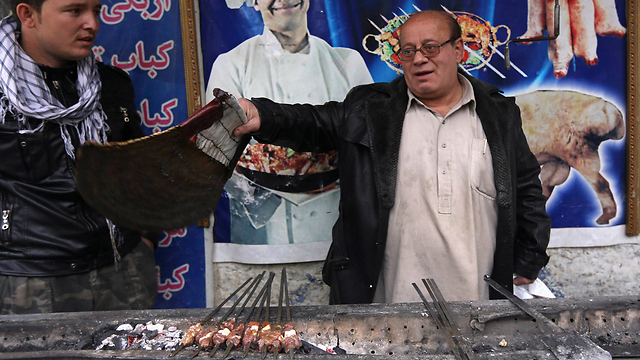 The last Jew and his kebabs (Photo: Reuters)
Now his cafe faces closure because kebabs are not selling well – largely because of deteriorating security in Kabul that has made people frightened to eat out or visit the city. Simintov used to rely on hotel catering orders but even these have dried up as foreign troops begin to withdraw from Afghanistan, further weakening security and investment.

"Hotels used to order food for 400 to 500 people. Four or five stoves were busy from afternoon to evening," he said. "I plan to close my restaurant next March and rent its space." 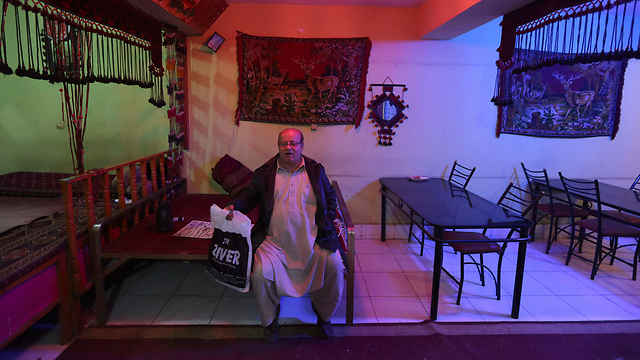 A taste of Afghanistan: Simintov's shop (Photo: Reuters)
At lunchtime, a single table was occupied, with a pair of customers ordering tender meat on long skewers and other Afghan dishes. Neither appeared to know about Simintov's history and said they came only because a cafe next door that made a special dish of Afghan noodles had shut down.

Little is known about the origins of Afghan Jews, who some believe may have lived here more than 2,000 years ago. A cache of 11th century scrolls recently discovered in the north provided the first opportunity to study poems, commercial records and judicial agreements of the time. 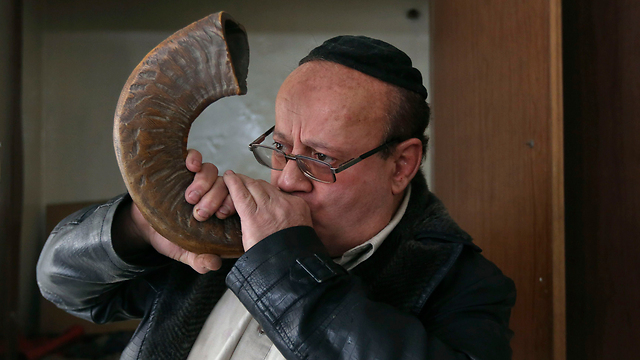 Thousands of Afghan Jews fled abroad (Photo: Reuters)
The community was several thousand strong at the turn of the 20th century, spread across several cities but having limited contact with fellow Jews abroad. They later left the country en masse, mostly for the newly created State of Israel. 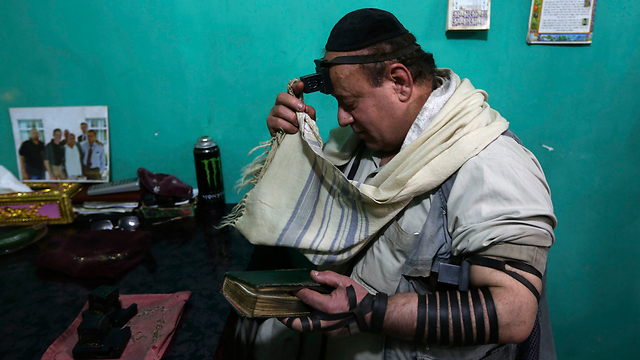 His wife and children made aliyah (Photo: Reuters)
Simintov's wife and daughters also left for the Jewish state, but he decided to stay behind with his Afghan "brothers".

A native of the western border city of Herat, the cradle of Jewish culture in Afghanistan, Simintov displays dog-eared posters and prayer books when he shows visitors around the dilapidated synagogue.

He pulled a shofar from a dusty cupboard and blew into it with little effect. Simintov also maintains a nearby cemetery, marked by little more than a few broken pieces of stone in an unkempt yard. 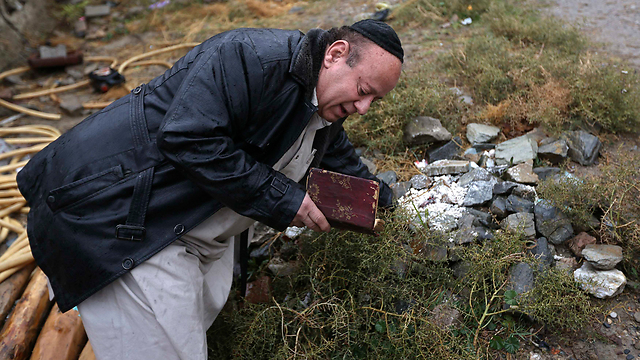 Cemetary of stone (Photo: Reuters)
Other religions have fared even worse than Judaism.

There are no Afghan Christians left, at least none who is open about it, and the only permanent church is inside the Italian diplomatic compound. There is a small Hindu population, but it is shrinking rapidly. 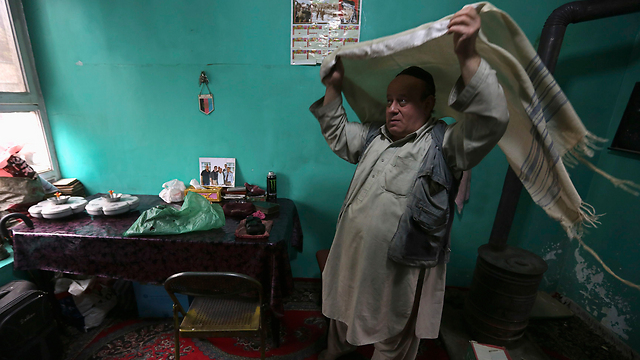 Getting ready for tefillin (Photo: Reuters)
Simintov's personal ill fortune is linked to the increasing risks of running a business. More than a dozen years since the US-led invasion toppled the hardline Taliban movement to end its five years in power, fear of bombs, shootings and crime is still part of daily life. Simintov said the cafe had lost $45,000 and all the valuables collected by his father were stolen before the Taliban were ousted in 2001. He hopes that renting the cafe's space might generate enough money to renovate the synagogue. Much of the whitewashed building's interior, including the synagogue's floors and walls, are covered in a black film. It survived the Taliban, but the contents were ransacked. However resolute Simintov remains about practicing his faith, he is embittered – even enraged – by misfortune and by the failure of the US-led NATO force to create conditions for peace and security without the threat of the Taliban.

"It is better to see a dog than to see an American," he said. "If the situation in the country gets worse, I will escape."