Thousands come to pay last respects to slain IDF soldier Pvt. Atias who was stabbed to death Wednesday in Afula, with convict father receiving special furlough to participate. Soldier, 18 and half, had served only two weeks before being murdered

Thousands of people paid their last respects Wednesday night to murdered soldier Private Eden Atias who was stabbed to death Wednesday morning in an attack by a Palestinian terrorist in Afula. Atias' father, who is serving a life sentence in prison, was brought to the funeral in his prison uniform and was accompanied by guards. Atias' mother emotionally wept during the ceremony.

The mayor of Nazareth Illit, Shimon Gapso eulogized the slain soldier, saying, "You were murdered even though you were innocent. We will do everything we can to assist your family." 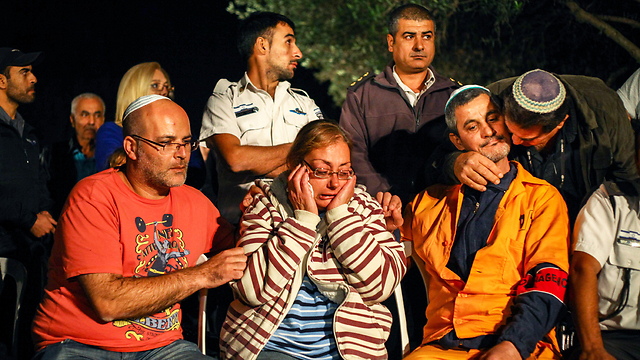 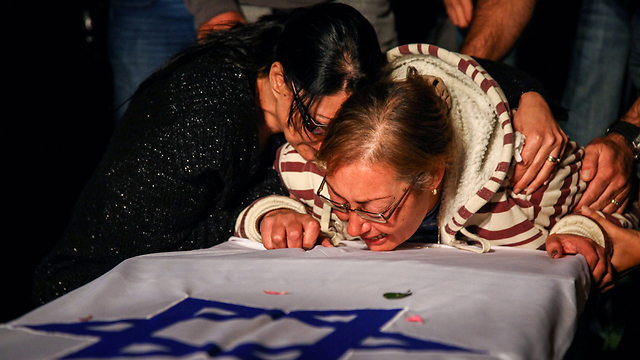 Lieutenant Colonel Miri Shimon, the commander of the basic training base in which Atias was stationed, added, "Every time we met, I saw how much you wanted to serve in an important, professional capacity."

The municipal rabbi, Yehoshua Herzel, politicized the funeral and called on the government to stop the release of terrorists: "It is obvious the murderer came here in an attempt to release additional terrorists." 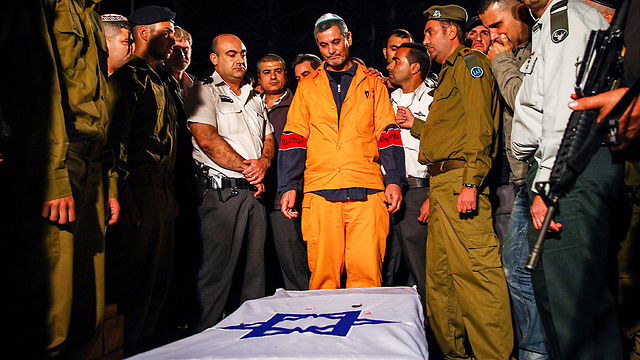 The 16-year-old Palestinian who stabbed Atias is Hussein Jawadra from the Jenin area. Jawadra was residing in Israel illegally, and turned himself over to security forces; he also reenacted the events at the Afula police station. 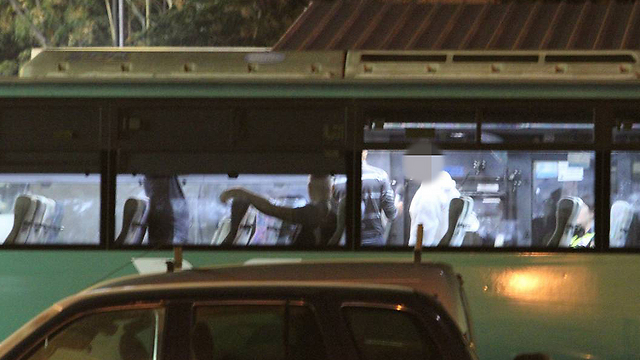 Two of Jawadra's cousins are held in Israeli prisons. One of them was sentenced to three life sentences for the murder of two Israelis and for several counts of attempted murder. The other was jailed for 12 years for attempted murder.

Several hours after the stabbing, some 50 people began to rally near the scene of the attack to protest against the release of security prisoners and the murder of Pvt. Atias. T. from Afula has known Atias for three years. "From what I know he was in the middle of basic training. Before that he was abroad in a trip to Burgas with friends." He said the two bonded over their love of music. "We would meet at my studio to talk about music, which was a big hobby for him. He made electronic music."

A shop assistant working at the bus station said, "Everything happened inside the bus. We heard police sirens and then realized that an Arab stabbed a young man. It's probably nationalistically motivated. Everything seems under control."

A preliminary investigation suggested that the stabbing occurred on a bus traveling from Nazareth to Afula. Passengers managed to stop the terrorist and turned him over to security guards. Doctors at the Haemek Hospital said the victim arrived suffering from serious wounds and was rushed to surgery where he succumbed to his wounds.