Labor Party Chairwoman Shelly Yachimovich called MK Isaac Herzog to congratulate him in his victory in the Labor party chairmanship race. After the final tally, Herzog won 58.5% of the votes while Yachimovich gained only 41.5%. In total, 28,806 party members voted, representing some 52.7% of eligible voters, a relatively low turnout.

Making a statement after his victory, Herzog said that Labor would rise up to challenge the government but added, "I cannot and will not do this alone."

He criticized the government's management of both social-economic issues and diplomacy, "Only brave steps towards peace with the Palestinians will enable us to win on all fronts. I have great doubt that the prime minister understands this," he said. 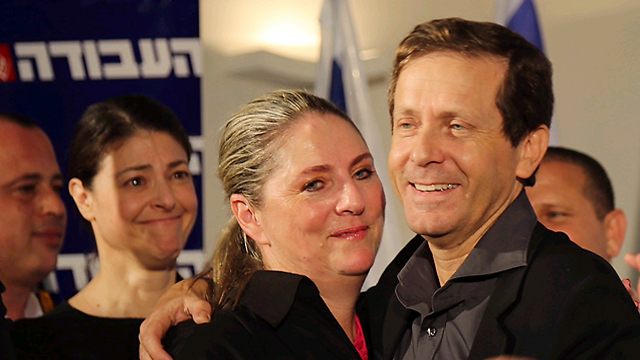 His victory was supported by a number of Labor MKs, including Erel Margalit, Merav Michaeli and Eitan Cabel, all of which took the stage and praised Herzog and the Labor party. "We will return the peace flag and the socio-economic flag to a just country. This is imperative, we will challenge the government until we return to leading the country."

Herzog further called on those who had left the party to return, saying, "Now is the time to come home." He also promised young party members, "I am your voice and I will not disappoint you. The work is just beginning." 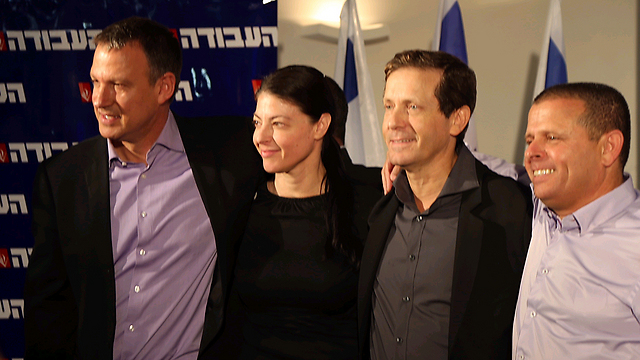 As the lethargic elections for the Labor party chairmanship between party Chairwoman Shelly Yachimovich and the party's number-two man MK Isaac Herzog neared a dramatic end, preliminary results had already hinted at a landslide lost for Yachimovich. 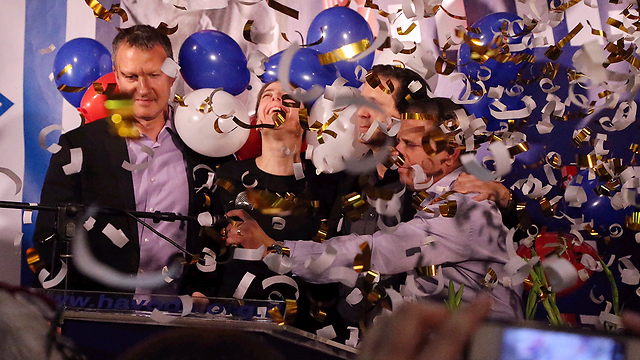 Early Friday morning, MK Herzog had led by 16% with 57% of the votes, while Yachimovich had garnered only 41% after some 75% of the votes had been counted.

Herzog wrote on his Facebook page, "Friends, we won. This is just the beginning of the journey. We begin today a journey to change the face of the country." 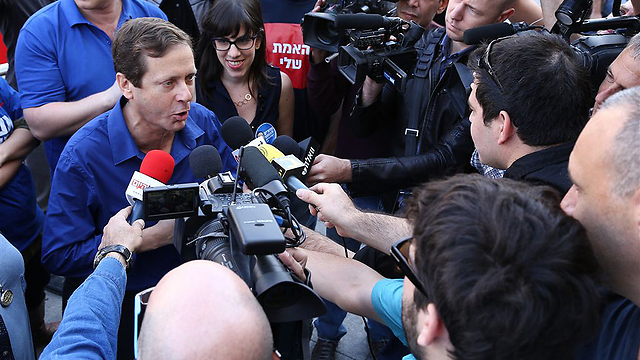 In response, Yachimovich wrote on her Facebook page: "I respect the democratic decision. I will cooperate with Herzog to strengthen the Labor party as an alternative to the Netanyahu government." 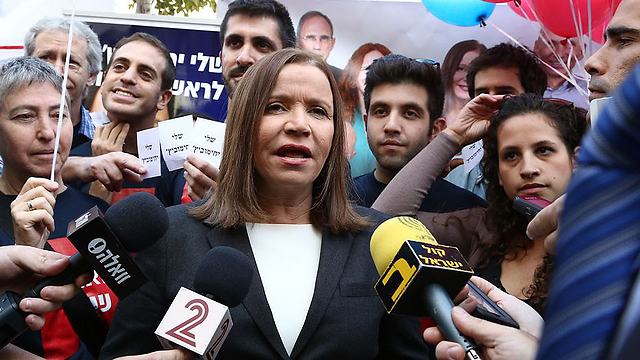 Meretz chair Zahava Gal-On congratulated Herzog on his victory and in a statement, called on Herzog to stay with Meretz in the opposition and not join the coalition of Prime Minister Benjamin Netanyahu.

Finance Minister Yair Lapid congratulated Herzog in a post on his Facebook page, saying he was happy for his win in the labor primaries. "Big congrats to Isaac Herzog, he is a friend of mine already for a long time and I am happy for him for his victory." 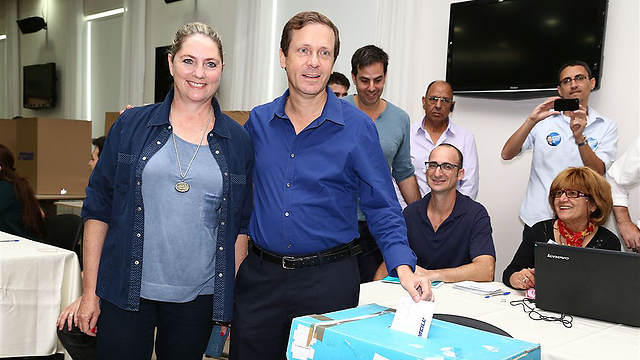 MK Binyamin Ben-Eliezer congratulated Herzog on his victory, saying "Under the leadership of Herzog, Labor will go back to its natural place in leading the country as a governmental party or an alternative to government."

The vote for the chairman ship began Thursday after what many called a sleepy campaign, during which Herzog, despite best efforts, failed to inspire public interest and Yachimovich barley engaged with her adversary. 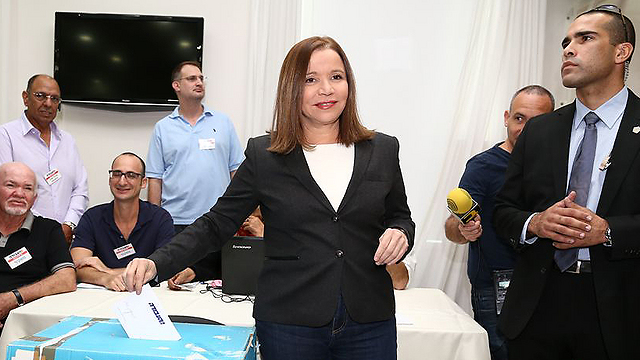 Yachimovich casts fateful vote (Photo: Ofer Amram)
Both candidates voted in Tel Aviv on Thursday morning. Yachimovich said that "support is great, but support must be translated into votes." Herzog, who voted a few minutes before her said "this is the culmination of this competition, I am happy to be here, full of energy."

In addition to the immediate influence of the vote's result on the Labor party, it could also influence the government coalition. While Yachimovich refuses to join Netanyahu's Likud–led coalition, citing unbridgeable differences in both economic and diplomatic matters, Hertzog has never publicly opposed such a move. Sources close to him say that despite his silence on the matter, he has no immediate intention to do so.