After weeks of scrutiny over lavish personal expenditures, PM back tracks from decision to fly to Mandela funeral, citing NIS 7M price tag. Service to be attended by 70 world leaders, including Iran's Rohani, and Czech PM who was caught saying he did not want to go

Prime Minister Benjamin Netanyahu and his wife Sara will not attend the funeral of Nelson Mandela, apparently because of the high cost of the visit – estimated at around NIS 7 million ($2 million). The announcement came only three hours after Netanyahu's office announced the contrary, despite fears he would be met by angry pro-Palestinian protesters and hints from South Africa that Israeli President Shimon Peres was their preferred choice.

The Prime Minister's Office also claimed that the short time frame did not allow for the proper security arrangement to be made – despite initially confirming the prime minister's particiaption.

An initial estimate put the overall price of Netanyahu's flight at around NIS 7 million. El Al offered to fly the prime minister for roughly NIS 2.8 million ($800,000), and additional security costs would have bumped the bill up by another NIS 3.2 million ($910,000) – not including unforeseen expenditures. 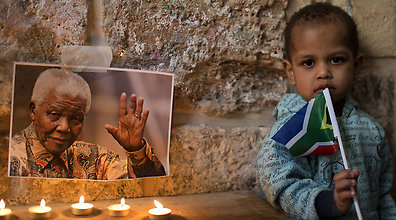 Mourning Mandela in the Old City in Jerusalem (Photo: AFP)
Netanyahu's expenses have been under scrutiny lately after reports broke of lavish personal splurges and high utility costs for the couple's private Caesarea residence – all footed by taxpayer money.

Yedioth Ahronoth reported that upon learning of Netanyahu's decision not to go, the president decided to attend. Sources from his office were citied as saying that the president expressed a desire to go, claiming it was important for him.

However Peres will not attend because he has not yet fully recovered from the flu, which he had last week. The president expressed his willingness to represent Israel, but after advising with his doctor, it was decided that he will stay and rest in the country.

A delegate of senior diplomats from the Knesset will represent Israel at the memorial.

Yedioth reported that the cost of Peres' flight would be significantly lower. In light of less stringent security arrangements and the president's smaller entourage, the presidential delegation can make do with a commercial aircraft – without need of a military Hercules plane – to make the journey, thus lowering costs. 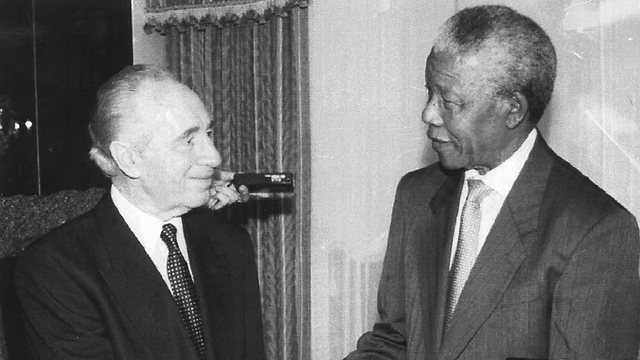 From Obama to Rohani

More than 70 world leaders from US President Barack Obama to Iran's Hassan Rohani will be flying to South Africa for events commemorating Nelson Mandela this week, an unprecedented gathering that will hail one of humanity's great peacemakers.

Czech Prime Minister Jiri Rusnok sent the internet and media abuzz upon learning that Czech President Milos Zeman could not attend the service, and he himself would have to go, he turned to the Defense Minister Vlastimil Picek in the Czech equivalent of "dude," and said: "I'm dreading that I will have to go." He later apologized for the comments, which were mistakenly broadcast. Cuban leader Raul Castro, Zimbabwe's Robert Mugabe and Britain's David Cameron will also join what is set to be one of the biggest meetings of global dignitaries in recent history on Tuesday at Johannesburg's Soccer City stadium, the foreign ministry said on Monday. The 95,000-seat stadium in Soweto, the township that was at the heart of the anti-apartheid struggle, will host the main memorial ceremony for Mandela, who died on Thursday aged 95. 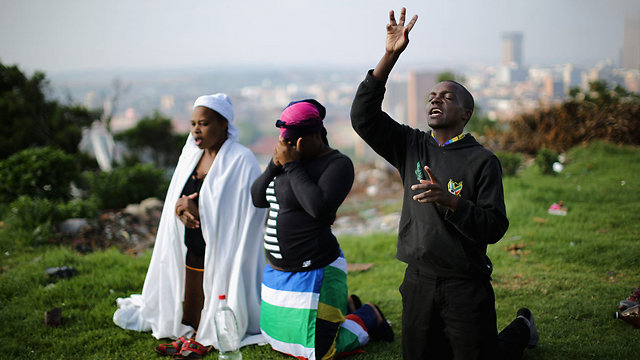 South Africans mourning the loss of Mandela (Photo: Getty Imagebank)
It was the site of Mandela's last public appearance, when he waved to fans from the back of a golf cart at the final of the 2010 soccer World Cup. "The whole world is coming to South Africa," foreign ministry spokesman Clayson Monyela said, playing down concerns about organizing logistics and security for such a large event with only five days notice following Mandela's death. Mandela, South Africa's first black president, passed away peacefully in the company of his family on Thursday after a long battle with a lung infection, plunging his 52 million compatriots and millions more around the world into grief.

"We're obviously not starting from scratch in terms of organization," Monyela said. "We've got a system that kicks into play whenever you've got events of this magnitude."

Since his death, South Africa has been gripped by an outpouring of emotion unrivalled since Mandela's release from 27 years in apartheid prisons in 1990, and his victory in the first all-race elections four years later.

On Sunday, worshippers filled churches, mosques, synagogues and community halls, offering praise and prayers for a man celebrated as "Father of the Nation" and a global beacon of integrity, rectitude and reconciliation. 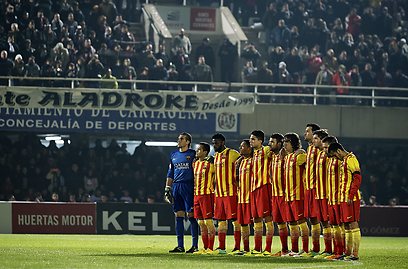 FC Barcelona, during a moment of silence for Mandela (Photo: Getty Images)
Tributes have flowed in from around the world. "The fact that international leaders are making their way to South Africa at such short notice reflects the special place President Mandela holds in the hearts of people around the globe," Presidency Minister Collins Chabane said. After Tuesday's event, Mandela's remains will lie in state for three days the Union Buildings in Pretoria, where he was sworn in as President in 1994. He will then be buried on Dec. 15 in Qunu, his ancestral home in the Eastern Cape province. But only "very few" world leaders will attend the Qunu funeral, Monyela said, adding the idea was to keep this event more a family affair.

Itamar Eichner and Vadian Wolfson, both Yedioth Ahronoth reporters contributed to this report, as did the Associated Press and Reuters