Shiite terrorist group members speak out, saying 'infidels' aided Jewish State in pulling off anti-Hezbollah explosion in Bekaa Valley. 'There is no doubt that Israeli intelligence is behind these incident,' MP says

Members of Hezbollah blamed Israel for Tuesday's blast in a remote region of the Bekaa Valley controlled by the Shiite movement.

"There is no doubt that an Israeli intelligence system is behind these incidents and is cooperating with Lebanese cells, benefitting from the presence of infidels in Lebanon to commit these heinous acts," Rifai said. 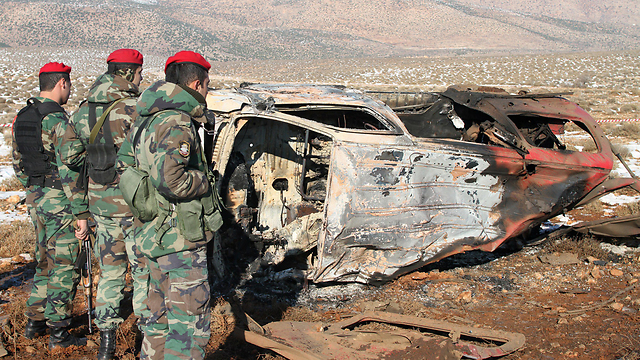 The site of the blast (Photo: AFP)

Hezbollah hasn't officially made a statement regarding the attack. The Voice of Lebanon radio station initially reported that 20 people were injured in the explosion in eastern Lebanon, some sustaining serious wounds.

The organization's Al-Manar news agency initially attempted to cover up the blast, saying there were no injuries or damage. It later admitted, however, that there were casualties and that there was a lot of damage to property.

The report said that the explosive charge, which was loaded onto an identical Hezbollah vehicle, weighed 60 kg and was most likely set off from a distance.

“(The Beqaa explosion) is part of a scheme carried out by Takfiri groups that aims to vandalize, spread strife and shake stability, and they are providing a free service to the Israeli enemy,” he told Al-Markazia news agency.

Fneish said that his country needed to be purged of Syrian regional forces who were attempting to employ collaborators in Lebanon in order to achieve political goals.

“(The state needs to) prosecute armed men, and enable the army and the security forces to control the infiltration of these terrorist groups from Syria into Lebanon.” 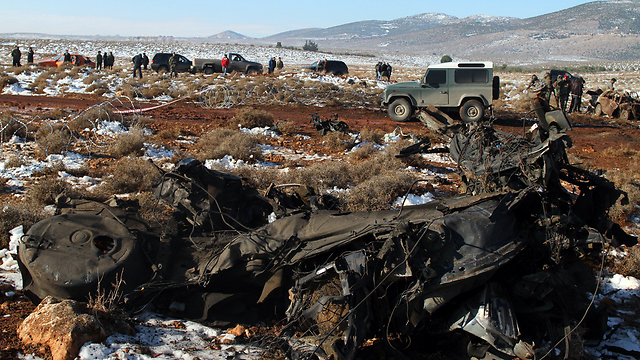 Several vehicles suspected as car bombs have been seized on the same road as Tuesday's attack. In recent months, several blasts have targeted Hezbollah-controlled areas and convoys in Beirut and the Bekaa Valley.

Analysts say the blasts are linked to the involvement of Iran-backed Hezbollah in Syria's war.

Hezbollah has deployed thousands of its men into Syria, to fight alongside troops loyal to President Bashar Assad.