As Israel and Hamas lock horns, Gazans are forced to pay the price. In response to the death of an Israeli working on Israel's border fence with Gaza, Defense Minister Moshe Ya'alon has ordered the Kerem Shalom crossing into Gaza closed until further notice.

The order was given in a bid to punish the Hamas government in Gaza, but its real victims are Gaza's farmers and exporters, who were planning a large shipment of strawberries and flowers to the European market.

Head of Gaza's farmers' union, Rasan Qasem told Ynet that some 16 ton of strawberries and 100,000 flowers were expected to pass through the Kerem Shalom crossing out of the impoverished strip Wednesday and Thursday. 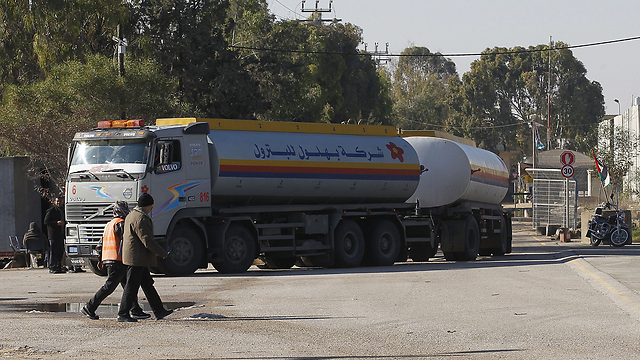 "When Israel decides to close the crossing, they cause damage to hundreds of families trying to make an honest and decent living. These people are farmers and exporters, they have no connection to terrorism.

"The Palestinian Authority's functionaries get their paycheck from the Palestinian Authority. The Hamas guys get theirs from Hamas. When Israel prevents people from earning, they will be forced to look elsewhere, and some might turn to terror," he said. "We have picked more than 16 ton of strawberries intended for Britain, Germany and Holland," Qasem said. "But now, because the crossing was shut down, all these goods will be forced back to the local market and sold at NIS 2 a kilo" a sixth the price they would have gotten in Europe. "This doesn’t even cover picking costs," he concluded. 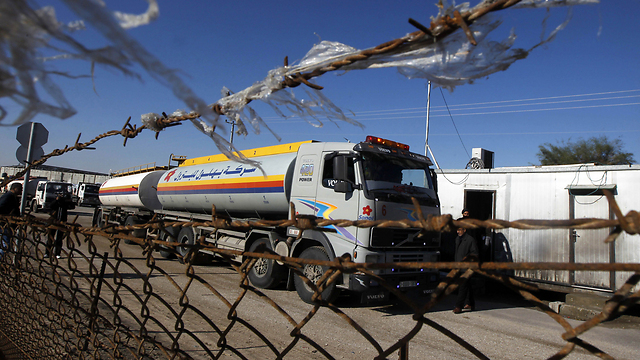 Gaza's flower growers are also facing a serious problem. "100,000 flowers are ready for export to Europe for Christmas. We can keep them fresh in refrigerators for two, three days max, but next week the European flower exchanges will be closed and we will lose everything."

According to Qasem, the loss for flower growers is roughly 200,000 Euros and $140,000 for strawberry farmers. He lamented the fact that private businessmen were footing the bill for the growing tensions between Israel and Hamas.

The organization claims that these numbers represent only a days worth of supplies for the strip.