Gal Gadot on Wonder Woman role: I am in training

Israeli actress and model Gal Gadot may have been a controversial choice for the role of Wonder Woman in the new Batman vs. Superman movie, but she is taking the role seriously, and has begun training in martial arts to meet the demands of playing the world's most famous Amazon.

The slender actress also laughed off a question on whether she would be undergoing breast enhancement surgery to play the famously curvy superhero.

"I am playing Wonder Woman for the modern world. You can buy a bust for 9,000 shekels," she said. "By the way, Wonder Woman was an Amazon and they only had one breast, and if I were really going by the book then that would be a problem."

She also spoke of how she heard that she had won the role, and would be joining international superstars Ben Affleck as Batman and Henry Cavill as Superman. 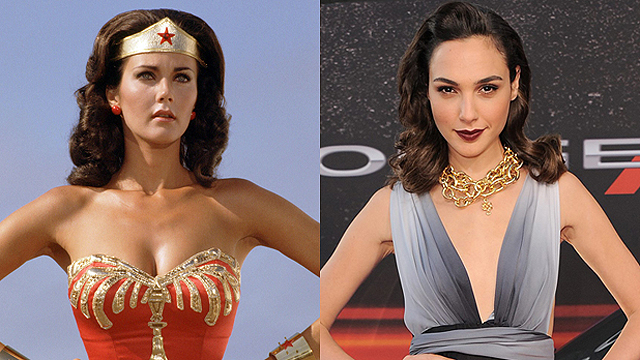 "I was on my way to film in LA. As soon as I landed in New York, my agent Hadas Lichtenstein called me. She said, 'Wonder Woman', and I said 'What?' She told me: 'It's yours'.

"She told me it was a secret because the announcement hadn't been made, and that I couldn't tell anyone... I got to my hotel at midnight and lay in bed in the dark, thinking this can't be real."

Supporters of Gadot have argued that movie fans were equally sceptical of the decision to cast Heath Ledger as the Joker in the second of Christopher Nolan's Batman trilogy, The Dark Knight, but he ultimately gave a much-hailed performance and even posthumously won the Academy Award for Best Supporting Actor.

Gadot is already a famous face in Israel, and is currently the presenter of the popular Castro fashion chain. Fans of the Fast and the Furious movies starring Vin Diesel, will know her for the role of Gisele Yashar.

Sara Miller contributed to this report