Former Lebanese minister Mohammed Chatah, who opposed Syrian President Bashar Assad, was killed in an explosion that targeted his convoy in Beirut on Friday along with at least four other people, security sources said. At least 70 people were wounded.

Chatah, a Sunni Muslim, was also an opposition figure and an adviser to former prime minister Saad al-Hariri. Sources at the explosion site said Chatah was on his way to attend a meeting when the explosion went off.

Hours before his death, Shattah tweeted: "#Hezbollah is pressing hard to be granted serious powers in security & foreign policy matters that Syria exercised in Lebanon for 15 yrs." 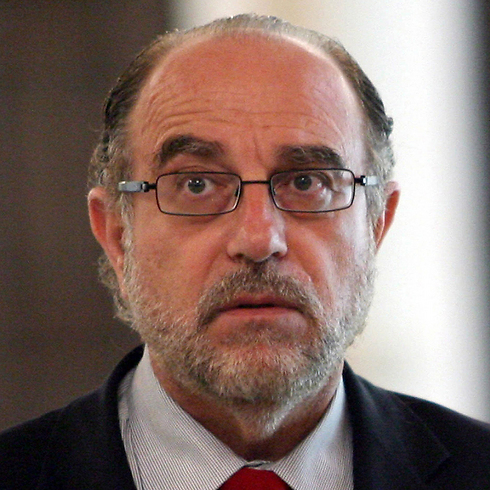 "As far as we are concerned the suspects...are those who are fleeing international justice and refusing to represent themselves before the international tribunal," Hariri said, referring to five Hezbollah suspects indicted for the 2005 killing of his father.

The National News Agency said Chatah and his driver were both killed in the explosion, which wounded more than 70 others. 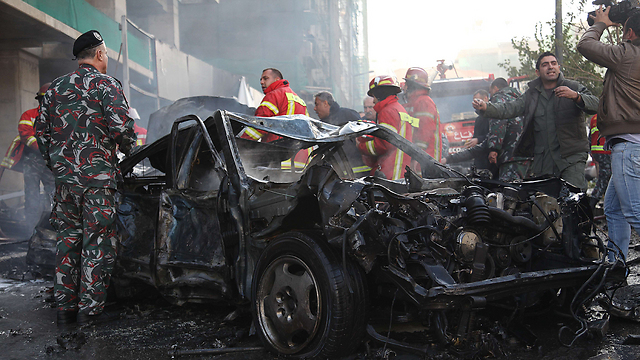 Lebanon has seen a wave of bombings over the past months as tensions rise over Syria's civil war. Hariri heads the main, Western-backed coalition in Lebanon which is engaged in bitter feuding with the militant Hezbollah group, which is allied to Syrian President Bashar Assad.

The blast was heard across the city and sent thick black smoke billowing in the downtown posh commercial district behind the government house and above the seafront of the Lebanese capital. 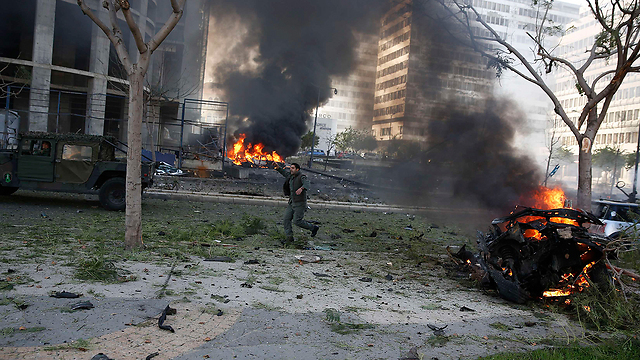 "I heard a huge explosion and saw a ball of fire and palls of black smoke. We run out of our offices to the streets," said Hassan Akkawi, who works in a finance company nearby.

"The explosion caught motorists driving in the morning rush hour here. There was terror and panic among residents. There was a big ball of fire and panic everywhere and then we learned that Chatah was the target," said Adel-Raouf Kneio. 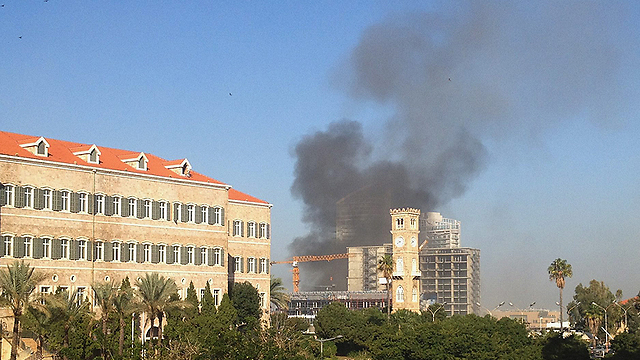 Lebanon’s caretaker Prime Minister Najib Miqati condemned the assassination of Mohammad Chatah. “We condemn this assassination which targeted a political, academic, and moderate figure who believed in dialogue and reason,” Miqati said on Friday.

He also condemned “all violent acts which only lead to more tragedy, devastation, and damage to the country. It is about time our country’s sadness ended and Lebanon lives in peace and reassurance.”

Hezbollah also commented on Chatah's murder, saying “This ugly crime aims at destroying the country and is a sinful attempt to target stability and national unity which only benefits Lebanon’s enemies.” Hezbollah further called on the Lebanese people to be “rational and wise in dealing with dangers facing their country.” 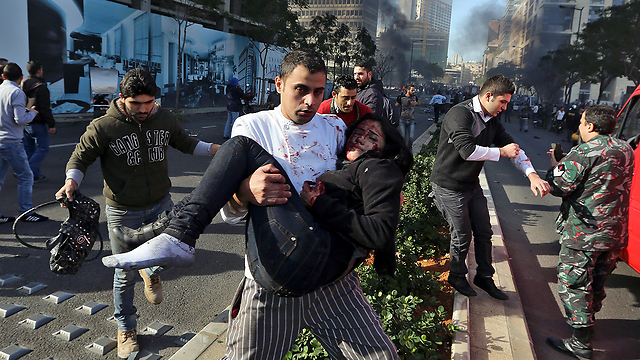 The army cordoned off the area to prevent people from getting close to the scene, where the twisted wreckage of several cars was still smoldering. The explosion appeared to be the result of the car bomb, but security officials said they had no immediate confirmation.

Footage broadcast on Lebanese TV showed medical workers rushing the wounded to ambulances. At least two bodies could be seen lying on the pavement. 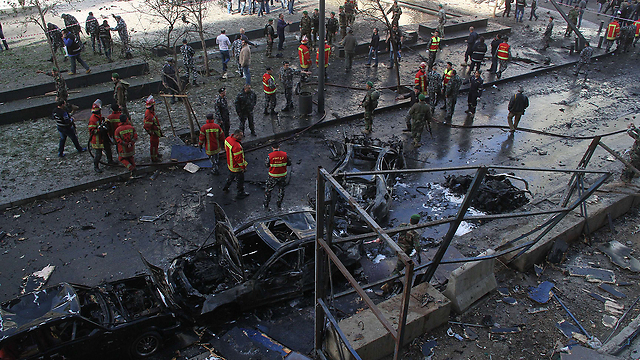 That has fueled predictions that Lebanon, still recovering from its 15-year civil war that ended in 1990, is on the brink of descending into full-blown sectarian violence.

Chatah, a prominent economist and former ambassador to the US, was one of the closest aides to former Prime Minister Rafik Hariri, who was killed in a truck bombing in Beirut in 2005, not far from Friday's explosion.

He later became finance minister when Hariri's son, Saad, took over the premiership, and stayed on as his senior adviser after he lost the post in early 2011. 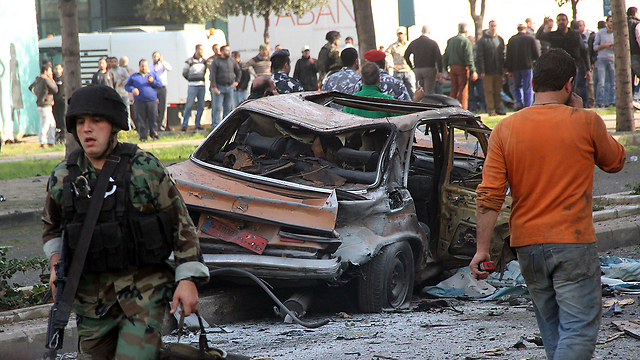 The sound of the blast was heard across the city at around 9:40 am (0740 GMT), and a plume of black smoke was seen rising in the downtown business and hotel district. A Reuters witness at the scene said Chatah's car was "totally destroyed. It is a wreck."

Ambulances could be seen taking victims from the area, a Reuters witness said. A restaurant and a coffee shop were destroyed in the blast, and several cars were on fire, the witness said, adding that there was glass everywhere and the smell of explosives filled the air.

Much of Beirut went into lock-down following the explosion, with police blocking off roads across the city.

Reuters, AFP and the Associated Press contributed to this report