In Iran, free condoms and government-backed vasectomies are out, replaced by sermons praising larger families and discussions of even offering gold coins to the families of newborns.

Having successfully curbed birth rates for two decades, Iran now is promoting a baby boom to help make up for its graying population. But experts say it is difficult to encourage Iranians to have more children in a mismanaged economy hit by Western sanctions and 36 percent inflation. 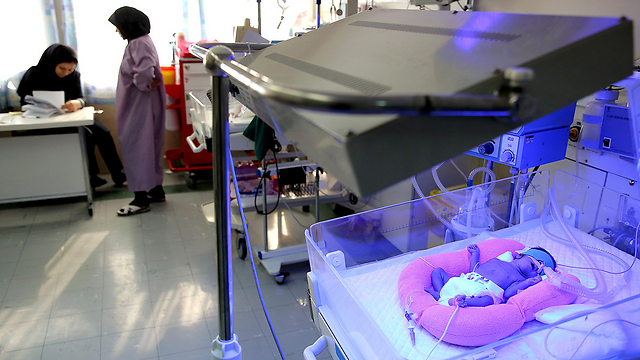 "A gold coin won't change couples' calculations," said Mohammad Jalal Abbasi, head of Demographics Department at Tehran University. "Many young Iranians prefer to continue their studies, not marry. Lack of financial ability to buy a house and meet expenses are among other reasons why the youth postpone marriage or have no interest in raising many children."

Iran's birthrate reached a peak of 3.6 children per couple after its 1979 Islamic Revolution, among the world's highest at the time. By 1990, experts estimated Iran could be home to 140 million people if the rate was left unchecked. To combat the rise, Iran's supreme leader Ayatollah Ali Khamenei endorsed birth control, while then-President Akbar Hashemi Rafsanjani made controlling the birth rate a part of his development plans.

Mass-produced condoms reached Iranians, as a month's supply of birth control cost the equivalent of 10 cents in 1992. The birth rate dropped precipitously, now reportedly standing at 1.8 children per couple with a population of some 77 million people. Experts now say that drive might have been too successful, estimating that Iran's population growth could reach zero in the next 20 years if the trend is not reversed.

Fearing that population decline, the machinery of state in Iran has changed course entirely. Khamenei, who has final say over all matters of state, now says Iran should have a population of 150 million people or more. 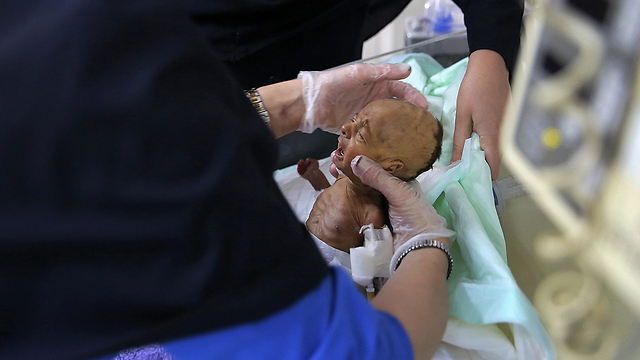 "If we move forward like this, we will be a country of elderly people in a not-too-distant future. Why do some couples prefer to have one or two children? Why do couples avoid having children? The reasons need to be studied," the ayatollah recently said. "There was an imitation of Western life and we inherited this."

"Vasectomy operations have totally stopped. They were eliminated eight months ago," Sedqazar said. "The budget on population curbs has been halted."

Some blame a drop in marriages and a rise in divorce for the falling birth rate. Others point to Iran's economy, battered by Western sanctions over its contested nuclear program. Inflation stands at 36 percent, President Hassan Rouhani recently said. Unemployment officially stands at 12 percent, though some private experts suggest nearly one in three working-age Iranians is out of work.

"Unemployment, a lack of housing and job insecurity are the top most important reasons for decrease in fertility rate," Abbasi said. 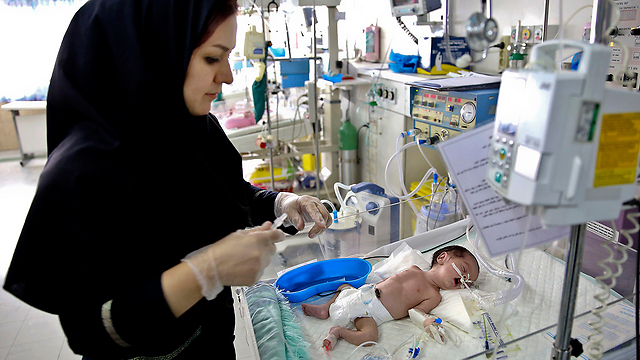 As part of a plan to encourage Iranians to have more children, the Iranian parliament approved a bill that allows the government to increase maternity leaves to nine months from six months and to give fathers a two-week leave. Iran's constitutional watchdog, the Guardian Council, made it a law in July. Government officials also have discussed offering gold coins to newborns.

But those incentives may not be enough. Ali Akbar Mahzoon, head of government statistics and demographic data, said family culture has changed irrespective of financial ability and job security. The average age for people to get married in Iran has gone from the early 20s to the late 20s, Mahzoon said. While some 23 million Iranians are eligible to marry, 11 million of them haven't done so, he said.

"Wealthy people or those who have a secure job also have no interest in having more than two children," Mahzoon said. However, he said that more jobs and housing will be effective tools in helping increase birth rates.

For Hossein Masoudi, a 43-year-old father of two, economics remain the reason why he doesn't plan to have more children.

"It's not logical. They need housing, education and a lot more. I barely make ends meet," Masoudi said. "Instead of having more children, my wife and I prefer to focus on giving our two children better education and improving the quality of their life."