Anderon and Salomon with their clothes on
Photo: Getty Images

After secretly remarrying ex-husband Rick Salomon, Canadian-American star chooses to spend their first vacation together as newlyweds in Israel

Anderson and Salomon, who arrived in Israel on Monday evening,

spent their first night at a Jerusalem hotel before moving on to the lowest place on earth for a dip in the Dead Sea.

Pictures show that 16 years after parting with her red "Baywatch" swimsuit and with her new pixie short haircut, the 46-year-old actress and model is still hot. 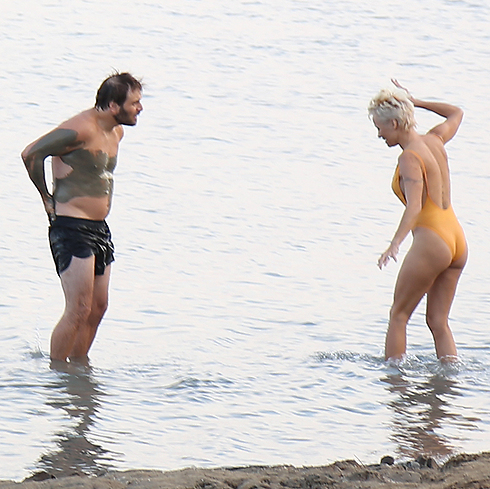 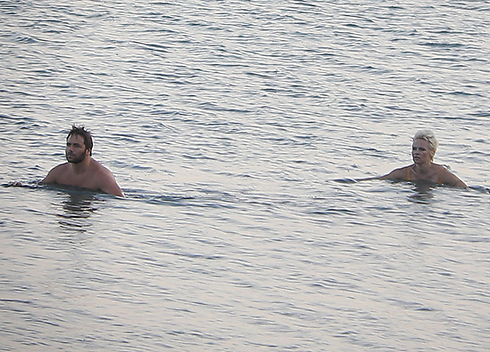 Washing off the mud (Photo: Biankini)

Anderson kept the visit quiet, but did not hide her famous smile as she arrived at the Dead Sea's Biankini Beach.

The Canadian-American star, who has already visited Israel twice, once as a guest on "Dancing with the Stars" in 2010 and five months later for an anti-fur campaign,

Anderson and 36-year-old Salomon were first married from 2007 to 2008. Salomon, a film producer, is best known for his past relationship with Paris Hilton and the famous sex tape they filmed together, which was "leaked" onto the Internet.