Justice Minister Tzipi Livni: 'We have to rid ourselves of the old-fashioned division of ancestral congregations and start bringing the country together'

The Knesset Ministerial Committee for Legislation approved a bill proposal on Sunday that would merge Israel's two chief rabbi positions into a single position, regardless of ancestral background.

Currently, there are two chief rabbis, one of Sephardic origin and the other Ashkenazi. Justice Minister Tzipi Livni (Hatnua) proposed the bill, along with Religious Affairs Minister Naftali Bennett and MK Eli Ben-Dahan, both from Habayit Hayehudi.

Livni said the merger would get rid of the antiquated duality of the position.

"We don't have two States of Israel," she said "We're one nation."

The three are also proposing to separate the powers of the Rabbinical Jewish Courts from the Rabbinate. The change would fix the discrepancy of the chief rabbis serving as judges in the rabbinical courts, even though they have never acted as judges before. 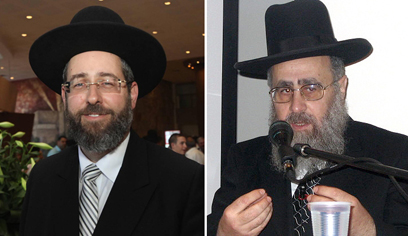 Livni said the democratic path is for the rabbinate to have only one leader.

"In a state where there is only one president, one Supreme Court president, one prime minister and one chief of general staff, there is no way to justify the doubling of the position of chief rabbi," she said. "We have to rid ourselves of the old-fashioned division of ancestral congregations and start bringing the country together."

Bennett also spoke of the opportunity for unification.

"This is a course of action that shows the nation's solidarity," he said.