Civics teacher faces possible dismissal after allegedly telling students, 'IDF isn't most moral army in world.' Some 200 students riot on his behalf. 'We talk about these subjects, isn't that democracy?' student asks

Some 200 students took to the streets to protest the potential dismissal of one of their teachers who allegedly made left-wing comments.

Adam Verta, a civics teacher at Kiryat Tivon's Ort Greenberg High School, raised storm after one of his students complained to the education minister that Verta made anti-Israel and anti-IDF statements in class.

The Ort education system has summoned Verta to a hearing, and representatives said that such statements have no room in the classroom.

Across from those students protesting in support of Verta, there was a small group who protested against him, supporting a possible move to dismiss him.

The story was first reported Sunday in wake of a letter sent by a 12th grader, Sapir Sabah, to Education Minister Shai Piron, in which she claimed that Verta had made negative comments about the IDF on numerous occasions.

According to her, Verta said that "the IDF is not the most moral army in the world and I am ashamed of it." She also claimed he said that the State belongs to the Palestinins.

During the student's demonstration the pupils covered their moths with bandages and protested at what they dubbed an infringement on freedom of speech. The demonstration was held under the slogan, "Yes to Education, No to Silencing." 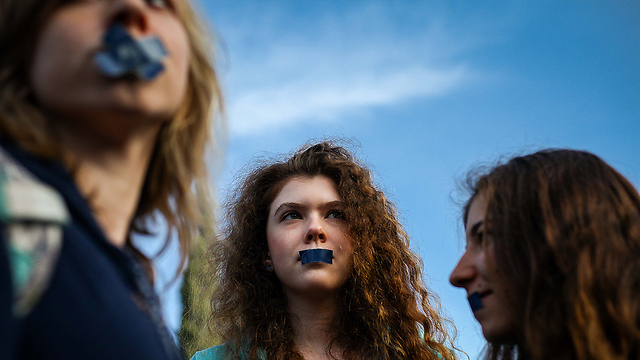 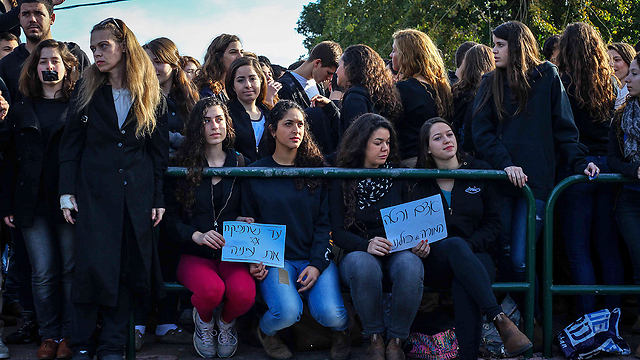 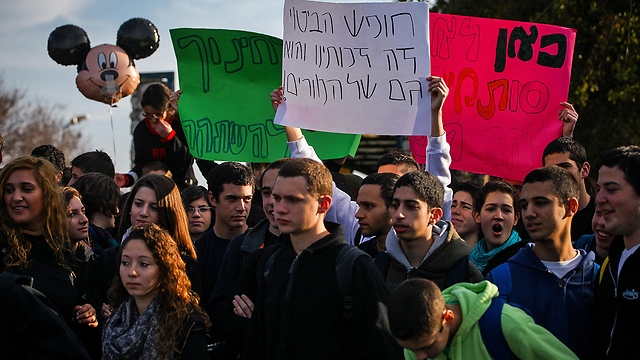 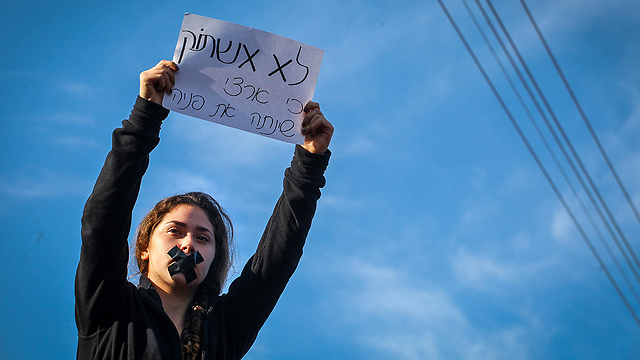 Ori, a 12th grader, said that "it is inconceivable that they don’t involve students and let their say be heard. It's unbelievable that the entire case is based on the complaint of one student, when no one else heard the things she alleges the teacher said."

Ziv, another 12th grader, added that Verta "is a great teacher. Nobody heard the things she claimed he said. We have never experienced silencing in our school like this, not on our teachers and not on us. We talk about these kinds of things all the time, we do not always agree, and we argue, but this is part of democracy, isn't it?"

Among the protesters were also parents who came to show their support. Ziv Vitali Shomroni, whose twins were demonstrating, said: "I think it is very important the teachers share their views and foster a discussion in class. It is part of their duty. As long at they are not breaking the rules and spreading incitement or racism then it does not matter if their opinions are left or right."

Ort CEO Zvi Peleg said in response that the teacher's political opinions have no place in the classroom. "During his hearing he confirmed that he does not think that the IDF is a moral army. He also confirmed that he told the students he participated in protests abroad and even shouted 'Viva Palestine.' I don't think that these are topics that should be discussed in civics class; needless to say he does not have the tools to decide if the IDF is moral or immoral."

Peleg further said that "I don't think that the students of Israel need to hear something like that from their parents. The Ort system encourages enlistment into the IDF, and we also gauge our principals according to the level of conscription of their students."

This is not the first time such an incident has taken place. The issue of teacher's political stance and what role it can or should play in a classroom has galvanized the debate over the borders of freedom of speech as well as polarizing the Left-Right divide.