Former Minister Shulamit Aloni dies at the age of 85

Former Education Minister and Meretz Chairwoman Shulamit Aloni, known for her fight for civil rights, passed away Friday at the age of 85.

A statement released by Meretz party reads that she "passed away Friday morning beside her family and lived to a ripe old age."

Aloni will be laid to rest on Sunday at the Kfar Shmaryahu Cemetery. 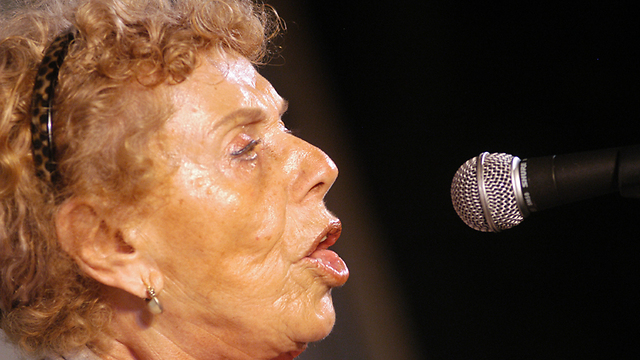 Prime Minister Benjamin Netanyahu spoke with the son of Shulamit Aloni, Professor Nimrod Aloni, and expressed his sorrow at the death of his mother: "I send my condolences to the family. Despite the deep disagreements we had over the years, I appreciated her contribution to Israeli public and her determination to firmly stand for the things she believed in."

President Shimon Peres also eulogized Aloni: "She was a fighter for peace and civil rights, and she left a mark in the struggle for women, minorities and those weakened in the society. She was a bold democratic and social fighter. She had a rare combination of sharp intellect, power, individual opinion and social sensitivity."

"Shulamit (Aloni) was a moral compass," she said. "She put civil rights in the Israeli know, and there is no doubt she symbolized the struggle for civil rights more than anyone."

"Her contribution to the dialogue of democracy in Israel was extremely significant," he said. "Even though there were considerable disagreements in our views on a range of topics, I always valued her determination to fight for her values and to express them loud and clear."

Ya'alon said talking with her always forced him to put himself up to the task.

"Arguing with her was a challenge," he said. "Her doctrine was always well-organized and her beliefs were sincere."

"She was a special breed, a brave woman who fought by herself against the entire system, and over the years she confronted the religious establishment for the rights of citizens and women."

"She was the last politician in her generation that said what she thought," he said. "She left her mark on Israel politically and culturally."

Rivlin said that he disagreed with her opinions but he valued her as someone that didn't chase after populist ideas.

"She expressed her beliefs and views without embellishment."

Peace Now said her death was heartbreaking to the leftist movements.

"The pillar of fire has been extinguished," a statement read "Aloni was always a step ahead of the camp. Her ethical world and her courage changed the face of the Left in Israel and the public in general.

"She fought without bias for the values and positions that she stood for."

Aloni was born in Tel Aviv to immigrants from Poland. As a teenager she was a member of the youth movement Hashomer Hatzair, fought in the Palmach during the 1948 War of Independence, and later joined the IDF .

In the fifties she was a member of Mapai (Workers' Party of the Land of Israel), worked in education and went to law school. In the following decade she gained fame thanks to her radio shows After Office Hours and It's Being Dealt With where she discussed civil rights and how to improve bureaucracy.

She was elected to the sixth Knesset as a member of the HaMa'arakh (Alignment) party in 1965. She was mostly notable for being a civil rights activist, preventing religious coercion and helping to expedite the legislation of the Basic Laws.

In the eighth Knesset elections she retired from the Labor party and established the Ratz movement, which won three mandates. She served as minister without portfolio in the Yitzhak Rabin administration. In October 1974 she quit following the joining of the National Religious Party into the coalition. 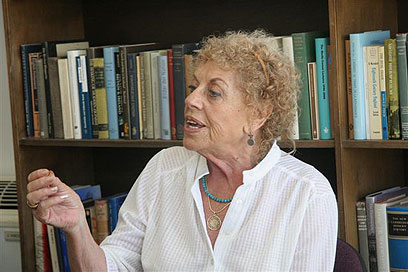 In the 1984 elections, the Ratz movement grew and won five mandates when Peace Now members Ran Cohen joined, as did Yossi Sarid and Mordechai Virshubski later on.

The birth of Meretz

In 1991, Ratz merged with Shinui (Change) and Mapam (United Workers Party) and Meretz was established as a result. In the 1992 elections Meretz won 12 mandates, and Aloni, who headed the party, was appointed education minister in Rabin's government.

Her fierce statements against her haredi partners in the government infuriated many. Following an ultimatum given by Shas , Aloni was forced to resign from her seat and was moved to serve as minister in charge of the Communications Ministry and the Science and Arts Ministry. 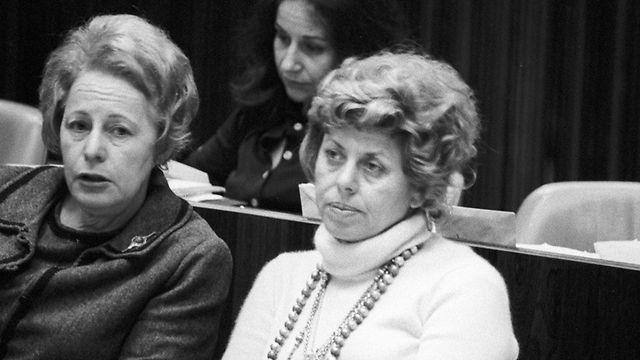 Aloni (right) in the Knesset in 1974 (Photo: David Rubinger)

During this period, disputes among Meretz leadership brought Aloni to retire from politics in 1996 after Yossi Sarid announced he intended to run against her for the leadership of the party.

Aloni was one of the first to deal with and promote the subject of civil rights in Israel. During her political life, Aloni helped construct shelters for battered women, worked against religious coercion and created marriage contracts for couples who could not or did not want to be married by an Orthodox rabbi, and was among the founders of the International Center for Peace in the Middle East.

In 2000 she was given the Israel Prize for lifetime achievement, a choice that had a great deal of opposition, mainly in the religious circles. She published several books and articles and was a columnist for Yedioth Ahronoth and the weekly magazine La' Isha (For Women).

After retiring from politics, Aloni continued to lecture in the academic world on matter of civil rights and political-legislative ties. She was also a known activist against the Israeli control of the West Bank and advocated a territorial compromise.