Prior to historic Knesset meeting on Polish soil, politicians take part in International Holocaust Remembrance Day observance at site of death of more than a million Jews

A delegation of 54 Israeli lawmakers travelled to Auschwitz-Birkenau in Poland on Monday for a special ceremony to mark International Holocaust Remembrance Day, and the 69th anniversary of the liberation of the Nazi death camp.

The delegation was to hold a memorial services at the former Nazi death camp and later have an historic Knesset meeting on Polish soil, alongside Polish politicians. 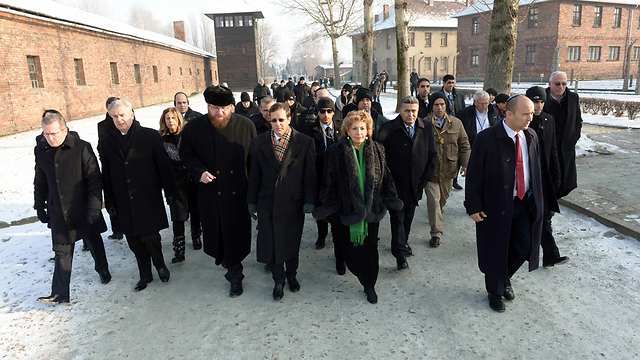 Opposition Chairman MK Isaac Herzog, who heads the delegation along with Coalition Chairman MK Yariv Levin, spoke at the ceremony and said: "We came here to sense, for a moment, the polluted air, to taste the cup of poison, to feel the pain. Not as individuals we stand here, but as the representatives of a nation that is making its way through an arduous and painful memory while taking a journey into the depths of evil and the foundations of the Jewish and human existence."

Herzog further said that "Auschwitz is here, Auschwitz happened, Auschwitz is possible, Auschwitz will forever be the testimony to a black hole that threatens to swallow up human history and Jewish history. There is no precedent to the horrors that our people suffered here and all across Europe."

Sofia, a Holocaust survivor, addressed the ceremony's crowd: "Sometimes, when people hear I'm going to Auschwitz, they ask me, 'why are you going there?' I only have one answer: I go back because it exists. My mother asked me to go with her to Auschwitz because she wanted to show me how I 'lived' there. When we returned home and said: 'Don't ever go there again, you must forget.' And only a few years later I returned here to Birkenau."

The survivor further said: "People tried to do everything possible so that the Auschwitz-Birkenau museum, this site, the monument to an indescribable suffering and testimony to unparalleled crimes, will not vanish from this earth. We cannot leave these people alone."

At Auschwitz, the members of the delegation were to tour prisoner barracks and the camp museum in Block 27, before marching to Birkenau, some three kilometers away, for an official ceremony. 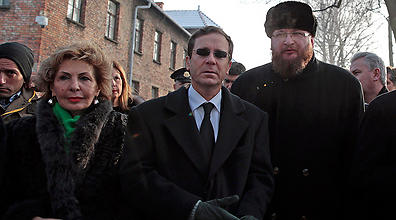 During the evening, there was to be a meeting of lawmakers and dignitaries from Israel, Poland, the United States, Canada and other nations. 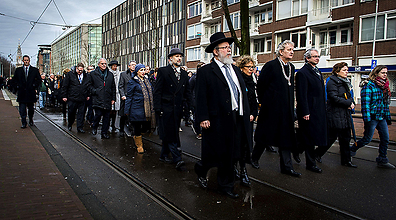 Following this event, the delegation will be the dinner guests of the World Zionist Organization, before returning to Israel. 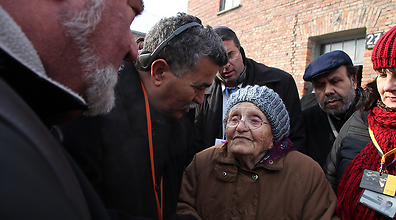 The event placed unprecedented complex logistical demands on the Knesset, requiring intense coordination on personal security and with Polish security sources, as well as planning for the flights, transportation and accommodation, and medical professionals and equipment. The delegation flew to Krakow in two planes, with the MKs split between the two aircraft for security reasons.