Hundreds of Palestinians in Israeli jails organize courses behind bars, receive backing from universities in West Bank, Gaza. 'When I found myself in jail for life, I had to either make meaning for my life or waste my mind behind bars,' says former prisoner

Jamal Abu Muhsin was a first-year Palestinian university student when he was convicted of stabbing a 76-year-old Israeli man to death in 1991, in retaliation for the killings of five Palestinian stone-throwers by Israeli soldiers.

Recently released from prison, he's now beginning a new chapter of his life thanks to a pair of university degrees – all earned behind bars.

Abu Muhsin is among hundreds of Palestinians who have spent their time in Israeli prison pursuing higher education – a program that was supported by the Israeli prison system for two decades until it was cut in 2011 as part of a series of sanctions against prisoners. Since then, prisoners secretly have organized their own courses, with backing from universities in the West Bank and Gaza, Palestinian officials say. 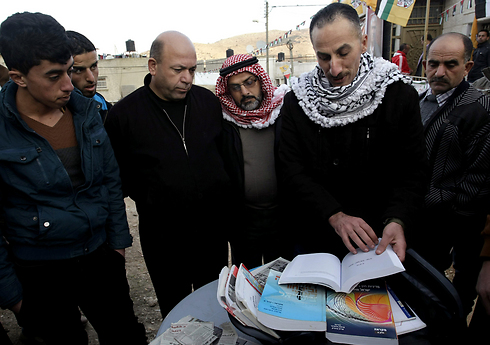 Jamal Abu Muhsin: "I wanted to understand everything in life and to make my long life in jail meaningful." (Photo: AP)

Uprising leader Marwan Barghouti, the most famous Palestinian prisoner, teaches a master's degree course in Israel Studies, and Abu Muhsin was one of Barghouti's students.

Abu Muhsin said studying helped him get through 23 years behind bars.

"When I found myself in jail for life, I was faced with two options: either I make meaning for my life or waste my life and my mind behind bars," said Abu Muhsin, 42, speaking at his home in the West Bank city of Tubas.

He chose to study history, then languages and writing and finally sciences and economics before earning a bachelor's degree in political science via long-distance learning at the Hebrew University of Jerusalem. He later added a master's degree from the Palestinian Al-Quds University.

"I've studied materials about the Zionist movement from a Zionist perspective, but I found no discrimination against us as students. I would write papers to the university in which I would criticize the Zionist theory and they would accept my argument," he said. "I wanted to understand everything in life and to make my long life in jail meaningful. Otherwise my soul would have died." 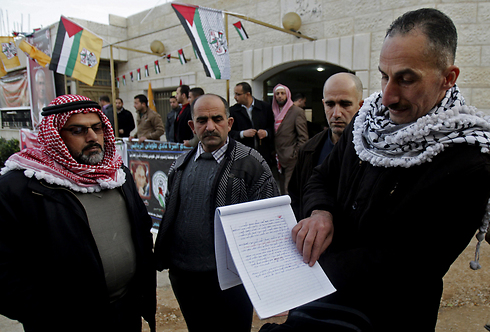 "I would criticize the Zionist theory in papers" (Photo: AP)

Israel first began offering university courses to the prisoners in the early 1990s, following a 14-day hunger strike by Palestinian prisoners. Since Israel captured the West Bank, Gaza Strip and east Jerusalem in 1967, tens of thousands of Palestinians have been imprisoned for anti-Israeli actions, from stone-throwing to killings. Hundreds of the roughly 5,000 prisoners held by Israel today are believed to be pursuing degrees, according to prisoners' rights activist.

Orit Adato, who served as commissioner of the Israeli Prison Service from 2000 to 2003, said that criminal prisoners around the world are allowed to study but when it comes to prisoners involved in political violence, Israel is particularly lenient.

"The prisoners in Israel enjoy conditions above and beyond those of any others in the world," she said. "It is part of a humane Israeli approach that even prisoners deserve rights." Prisoners' rights activists say conditions are tough however, and prisoners have staged several mass hunger strikes in protest.

Under her watch, Adato said prisoners were restricted to studying in Hebrew so that the learning material could be monitored and prisoners prohibited from studying subjects deemed dangerous, such as physics, chemistry and political nationalism. She said an upside of the program was that prisoners, who later went on to assume powerful positions in Palestinian politics, became fluent in Hebrew and familiar with Israeli society, which helped facilitate peace negotiations.

Almagor, an Israeli association of families who have lost loved ones in militant attacks, said convicted killers shouldn't be allowed to study. Meir Indor, head of Almagor, said the arrangement sent the wrong message and hurt Israeli deterrence.

"It's a basic principle: Just as those who were killed cannot study, those who killed them shouldn't be allowed to study either," he said. "We need to send a stronger message to all those who are waiting in line for the good life in Israeli prisons."

In 2011, Israel scaled back privileges of Palestinian prisoners in response to the continued captivity in Gaza of Gilad Schalit, an Israeli soldier seized by Palestinian militants five years earlier.

Thought Schalit was released later that year, university studies have remained cut off since the 2011 decision, said Sivan Weizman, a spokeswoman for the Israeli prison service. She said she could not comment on whether materials have been illicitly transferred to prisoners or whether the Palestinians are now teaching themselves.

The prisoners say they have found ways of earning degrees. Issa Karake, the Palestinian minister for prisoners affairs, said the inmates were now "secretly studying" in coordination with Palestinian universities in the West Bank and Gaza. 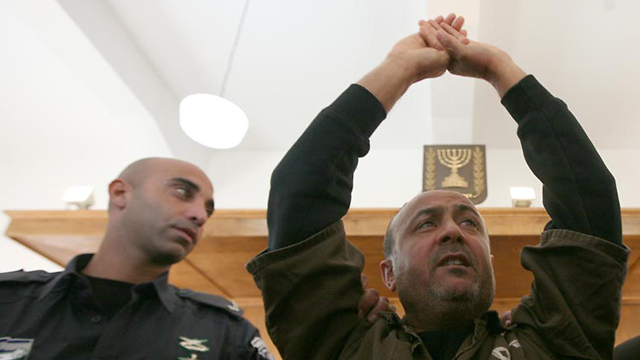 "Education is one of the basic rights for the prisoners and when the Israelis reject this right we have to find ways to give our people the proper education they need," he said. "With education, prisoners feel they are human beings. They feel hope for their life, they benefit from the endless time in jail, they turn something negative into something positive."

Barghouti, the uprising leader, earned a doctorate from an Egyptian university in 2010, making him eligible to teach university-level courses in prison.

Barghouti was jailed 12 years ago and is serving five life terms after being convicted of involvement in the killings of four Israelis and a Greek monk.

In Palestinian society, prisoners held by Israel are revered as heroes and freedom fighters. Those released are welcomed home with posters, parades and large feasts.

Abu Muhsin is among 104 of the longest-serving prisoners Israel is freeing under a U.S.-brokered package that relaunched peace talks last July. Abu Muhsin was released in the third of four stages. 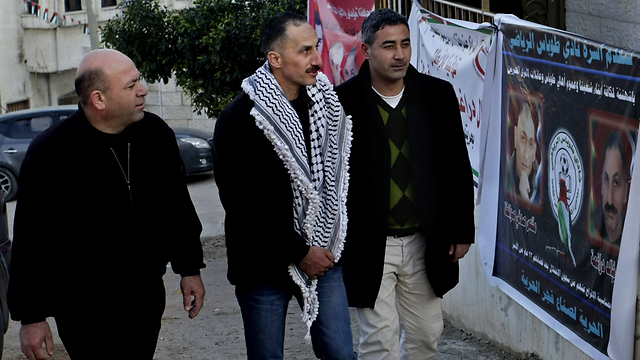 Abu Muhsin (center) "We have to try the ways of Gandhi and Mandela (Photo: AP)

Released a month ago, he has begun a job search. Abu Muhsin refused to say whether he regretted his acts of violence but he said the education he earned in prison had helped change his perspective.

"Conflicts could be resolved not only by military force. We fought for decades, and now we should think of other ways to liberate our land," he said.

"The U.N. created Israel and it needs to create Palestine as well. We have the experience of Gandhi in India and Mandela in South Africa. We have to try these ways too."