ADL: US anti-Semitic incidents down 19%

VIDEO - The total number of anti-Semitic incidents in the United States fell by 19% in 2013, continuing a decade-long downward slide and marking one of the lowest levels of incidents reported by the Anti-Defamation League (ADL) since it started keeping records in 1979, the Jewish group said in a statement Tuesday.

"In the last decade we have witnessed a significant and encouraging decline in the number and intensity of anti-Semitic acts in America," said ADL National Director Abraham H. Foxman. "The falling number of incidents targeting Jews is another indication of just how far we have come in finding full acceptance in society, and it is a reflection of how much progress our country has made in shunning bigotry and hatred."

The annual ADL Audit includes incidents of assault, vandalism and harassment targeting Jews and Jewish property and institutions and includes both criminal and non-criminal incidents reported to ADL’s 27 regional offices across the country and to law enforcement. 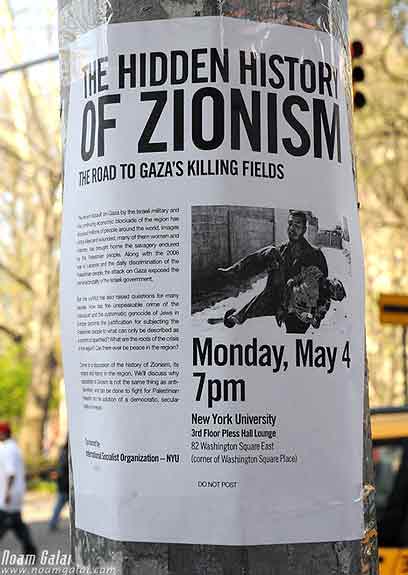 The reported assaults included: An unprovoked attack on a 24-year-old Jewish man wearing a yarmulke by four men in Brooklyn, NY; an assault of a 12-year-old Jewish girl who had a bottle thrown at her by a group of girls, including one who yelled, "You dirty Jew"; and the attack of a Jewish man in Los Angeles, CA, who was surrounded by five male suspects who yelled “Heil Hitler!” before striking him.

None of the assaults was life threatening or required hospitalization.

"The high number of violent in-your-face assaults is a sobering reminder that, despite the overall decline in anti-Semitic incidents, there is still a subset of Americans who are deeply infected with anti-Semitism and who feel emboldened enough to act out their bigotry," said Foxman. "Such incidents are often among the most traumatic for individuals as they involve person-on-person violence."

In recent years, the ADL Audit has placed anti-Jewish incidents into one of three categories: Assault, vandalism or harassment. In 2013, the numbers broke down as follows:

"We must remember that there are people behind every one of these numbers, and every incident represents one person or an entire community affected by the trauma of anti-Semitism," said ADL National Chair Barry Curtiss-Lusher. "Every swastika scrawled on a school or rally held by a racist group demands a response – by law enforcement, by the community, and by public officials – to ensure that we reinforce the message that anti-Semitism is unacceptable in society."

While the number of anti-Semitic incidents in the US decreased in 2013, ADL recorded increases in some states when compared with 2012 figures, such as in Connecticut, Michigan, Ohio and Texas. Additionally, continuing a consistent trend for many years, the states with the highest totals were those with large Jewish populations.

Once again, New York and California, while each experiencing declines compared to the previous year, topped the list:

General anti-Jewish expressions on the Internet, while possibly playing a role in fomenting real-world anti-Semitism, are not counted for the purposes of the Audit unless they target a specific individual.

"The explosion of viral hate is impossible to quantify, but should not be ignored," said Foxman. "The Internet provides racists and bigots with an outlet to reach a potential audience of millions, and we suspect that it has also led many to take their opinions online rather than leafleting entire neighborhoods. So, that may have an impact on the Audit’s findings, which measure real world incidents as opposed to viral hate, which is impossible to quantify given its proliferation on the Internet and on social media."

One reason for the decline in figures was a relatively quiet year for anti-Israel activity in the public sphere compared to previous years when military conflicts involving Israel – such as the 2006 war against Hezbollah in Lebanon and military campaigns in Gaza to thwart Hamas rocket attacks – spurred hundreds of demonstrations in major cities across the US that sometimes featured blatantly anti-Semitic slogans, signs and rhetoric.

While the Audit does not categorize criticism of Israel or Zionism as an anti-Semitic incident, such reports are included if they cross the line from legitimate criticism to anti-Semitism by invoking classic anti-Jewish stereotypes or inappropriate Nazi imagery and/or analogies. Public expressions of anti-Israel sentiments that demonize Jews or create an atmosphere of fear or intimidation for US Jews are counted.

The ADL Audit recorded 315 cases of anti-Semitic vandalism in 2013, down from 440 in 2012. Vandalism incidents are individually evaluated by ADL and are categorized as anti-Semitic based on the presence of anti-Semitic symbols or language; the identity of the perpetrator(s), if known; and the target of the vandalism and its proximity to Jewish homes, communities and institutions.

The 2013 audit includes in its totals swastikas that targeted Jewish property or communal institutions. Swastikas targeting other minorities or those used out of context simply for shock value were not counted. In 2013, a total of 236 incidents were reported across the country involving the use or display of swastikas targeting Jews.

The following is a list of selected instances of anti-Semitic vandalism in 2013:

The ADL Audit reported a significant decrease in anti-Semitic incidents on campus for 2013. A total of 37 incidents were reported on college campuses, compared with 61 such incidents in 2012. The following is a list of selected anti-Jewish incidents that took place on campuses in 2013:

ADL continues to receive a troubling number of complaints about children, adolescents and teenagers engaging in anti-Semitic behavior, both on and off school grounds. These incidents include physical assaults, threats of violence, and verbal and written taunts promoting anti-Semitic stereotypes or evoking disturbing Holocaust themes.

The following is a list of selected incidents in 2013 that represent anti-Semitic bullying of children, adolescents and teenagers by their peers: