State Comptroller report says 1 in 8 residents of Tel Aviv are foreign nationals and that locals feel threatened, while the government is paralyzed and blinkered about the reality of the situation.

The government has consistently ignored the increasingly growing numbers of illegal foreign nationals in Israel, most of whom live in Tel Aviv, State Comptroller Joseph Shapira said in a damning report published Wednesday.

The comptroller slammed the government for years of inaction, and said that a clear policy was required. One in eight of Tel Aviv's residents are foreign nationals, the report said. 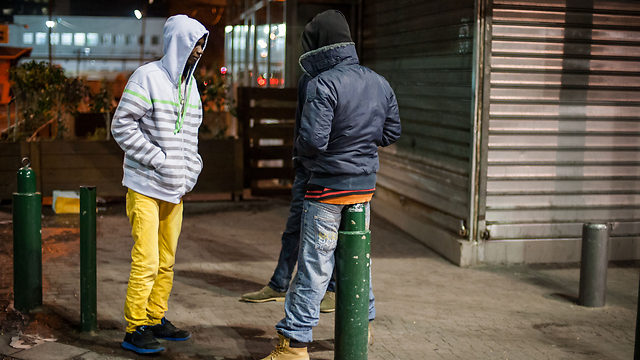 According to the report, five neighborhoods in southern Tel Aviv – Neve Shaanan, Florentin, Shapira, Kiryat Shalom and Hatikvah – contained the lion's share of the overall number of foreign nationals in Israel. The report states that in each of these areas, there is a majority of foreign nationals.

61% of all foreigners live in south Tel Aviv

Since the start of the 1990s, the number of foreign nationals in Israel illegally has risen dramatically. This group includes foreign workers brought to Israel under the auspices of contractors and the Interior Ministry, which gave them special five-year work permits, but who have failed to leave the country when their visas expire. It also includes migrants who enter Israel on tourism visas and asylum seekers who entered Israel illegally through the porous border with Egypt. 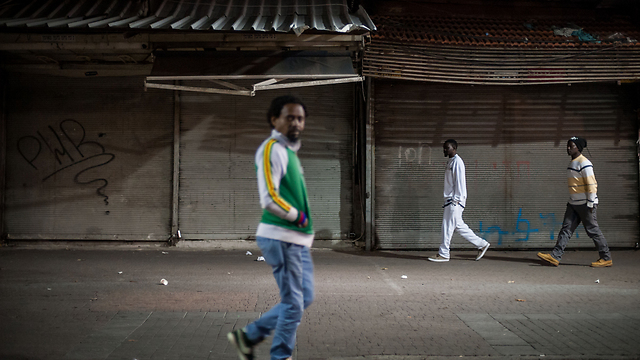 The comptroller cited a Tel Aviv Municipality survey conducted in 2011 and 2012, in which Tel Aviv residents claimed to have felt less safe. This is especially true in the southern part of the city, where more than 50% of the respondents reported feeling unsafe walking in the streets at night. Despite the feelings of insecurity, however, the local police station remains understaffed.

As of June 2013, some 230,000 foreign nationals live in Israel, of which 54,000 are Eritrean and Sudanese nationals who cannot be deported pending the completion of their asylum requests.

But while the report appears to reinforce the belief that the presence of illegal immigrants is damaging for southern Tel Aviv, the reality on the ground is more complex - with some blaming the government for years of neglect, and others placing the onus on the foreigners. 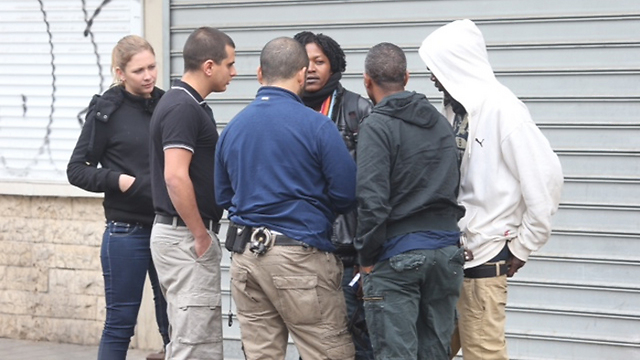 When walking through Neve Shaanan, it becomes clear that both foreign nationals and locals agree that the current situation is the result of ongoing government neglect.

"The problem is not the foreigners but the state, which moved tens of thousands of people to this area and then forgot about them," says Shula Keshet, head of the Ahoti (My Sister) movement and an activist in Power to the Community, a local grassroots initiative.

"The fact is, five minutes from here in Tel Aviv you see a different world," she said.

Keshet, 50, has lived in the neighborhood all her life, and she has seen Neve Shaanan change over the years. She defines south Tel Aviv as " extraterritorial," and claims that government officials abandoned the area years ago.

"It has always been neglected here, but in recent years it has become too much. Tens of thousands of asylum seekers created crowded conditions, and they live in divided apartments in inhuman conditions. The feeling is that we are sitting on a powder keg," Keshet said. 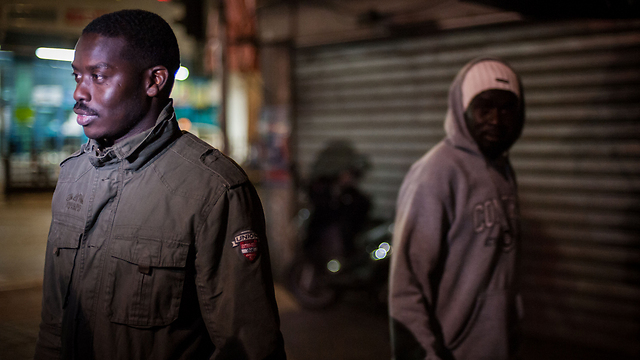 According to the comptroller report, the practice of dividing apartments posed a massive safety hazard with some 75 percent of all fires in Tel Aviv, for example, breaking out in southern Tel Aviv. The report further noted that the divided apartment led to a string of dangerous situations, with residents setting up makeshift connections to the gas pipes and electricity.

Kashet further spoke about the plight of local women: "There are women – both Israelis and foreign – who are afraid to walk he streets at night, and live in a constant feeling of fear."

Abraham, a resident of Neve Shaanan for over 40 years does not agree, and interprets the report differently. "Until the infiltrators (asylum seekers) do not get out then nothing here will change. The looming disaster is only a question of time. We live in a no-man's land - everyone sets up their own pirate electricity connection, and everyone divides up their apartments and rents them out to dozens of foreigners."

Ahmad Ali, an Arab-Israeli who has lived in the neighborhood for more than 15 years recalls four different fires breaking out in his building in recent years. "It was pure luck that the gas tanks didn’t explode," he said. "The police and fire department have been here 20 times but have never done anything about the dangerous and illegal gas pipes or the divided apartments."

Gabriel Takala, an asylum seeker from Eritrea, claims that the root of the problem lies in the fact that he and his community are not allowed to work.