Despite the relatively tolerant Muslim environment, Jews living in Djerba Island feels that the community is too isolated with limited future prospects.

Djerba - Jews and Muslims have coexisted for hundreds of years on Tunisia's Djerba island, but while relations between the two are good, some members of the tiny Jewish community say the atmosphere is stifling.

"We, the Jews, have been living here for more than 2,000 years," said Claudine Saghroun, who lives in the Hara Kbira, the island's large Jewish neighbourhood.

"And during the (2011) revolution, when at one time there were no more police, Muslims told us 'Come back to your homes, we'll protect you'." 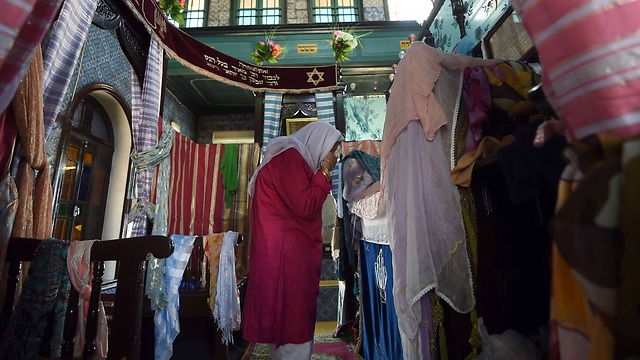 "Just after the revolution, we were afraid. Not anymore," Tunisia's Grand Rabbi Haim Bittan said, adding that there were some 1,500 Jews in the country, mostly in Djerba.

The neighborhood, which was once entirely Jewish, has welcomed Muslim inhabitants for many years. Down one of its streets, Belgacem Boujenah, a cobbler who supports the main Islamist party Ennahda, is set up next to "Chez Rami," a small bakery specializing in "briks," a typical Tunisian pastry. 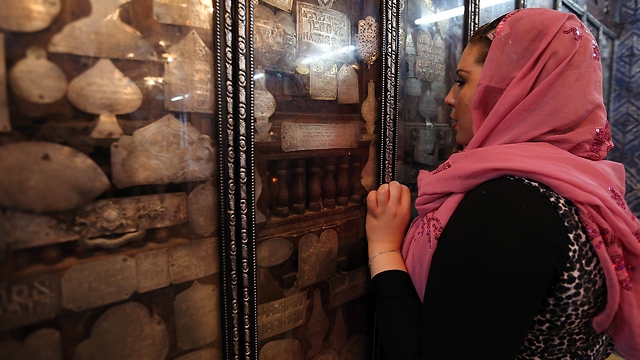 "We even share our names," the cobbler says, referring to his surname that is also used by Tunisian Jews.

Children from the two religions generally study in schools together, and Jews have Hebrew schools where they take classes in their ancestral language and in Judaism. 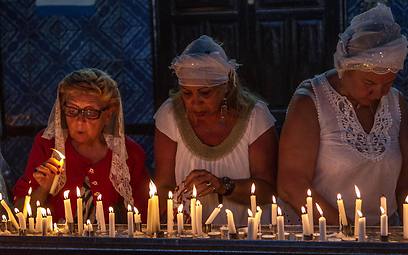 But behind the seemingly calm coexistence, there is a painful history.Before independence in 1956, Tunisia had a Jewish population of nearly 100,000 .But waves of emigration saw that number plummet, a trend accelerated by the Arab-Israeli conflict which fuelled discrimination.

And this year, just before the annual pilgrimage to the Ghriba synagogue on Djerba, a controversy split Tunisia's political establishment with several parties demanding Israelis be barred from entering the country.

Amid the dispute, the authorities did not scrimp on security around the Hara Kbira and Africa's oldest synagogue, which was targeted by a suicide bombing in 2002 that killed 21 people.

Pilgrims were unable to lead their procession through the streets and had to stay in the area around the mosque.

"My children have no future"

Mikhail, a 40-year-old father of five, says that on reflection, he would not leave the Hara wearing his kippa, or skullcap.

"It's not the people from Djerba, who we've been living with forever, that I would be afraid of, but people who aren't from here and don't know us," he said. "We don't know how they would react".

Perez Trabelsi, a leading member of the community, said there were "people in Tunisia who have never seen Jews," but stressed that he was "confident" in his country. And the authorities' emphasis on equality is undermined by certain highly symbolic acts, including the constitutional requirement that the head of state must be from the Muslim majority.

"They say that we are a democratic state, a civil state, but the president of the republic has to be a Muslim. That bothers me a lot," said Mikhail.

Also, under an unwritten agreement in place since the 19th century, Tunisian Jews are not called up for military service even though there is no law preventing them from signing on. But for some Jews, it is their own community itself that is too closed.

One Jewish mother who asked not to be named said the cocoon-like atmosphere was depriving the community's youth of perspective. "My children have no future here. What are they going to do, become jewelers? But isn't there more to life than jewelry?" she asked.

Mikhail admits that there could be some truth in this: girls from the community generally marry when they are "18 or 20" and most young men train to work in the neighborhood's jewellery stores.

But for him it is a question of protecting the community and its traditions.

"If we sent them to university in Tunis and they mixed (with Muslims)," how would that help in preserving Djerba's Jewish minority? He asked.