Speeches at Herzliya Conference suggest some no longer hold peace with Palestinians to be in Israel's interest; former security advisor warns of Hezbollah threat.

"There is no basis to the perception that the status quo is a bad thing," said Interior Minister Gideon Sa'ar, echoing a stance on relations with the Palestinians that seems to be gaining traction among Israeli politicians, if to judge from speeches made at the 14th annual Herzliya Conference which opened Sunday at the IDC.

Sa'ar wasn't the only official at the conference to voice a favorable opinion of allowing the two state solution to depart from modern day policy, with a reserve IDF general even going as far as saying that peace with the Palestinians is no longer in Israel's interest.

In a panel focusing on Israel’s security in light of recent global and regional shifts, Netanyahu’s former national security advisor Maj.Gen. Yaakov Amidror laid out the strategic threats facing Israel, stressing the need for Israel to maintain a policy of unbeatable military deterrence.

"We cannot predict how the events in this area will be concluded or in what they will result," said Amidror, illustrating that leaders needed to be prepared for any eventuality.

Amidror questioned decades of work towards a two state solution by diminishing the potential effects of peace with the Palestinians: "Even if we do the most fantastic thing that people are expecting of us and sign a peace accord with the Palestinians, it will change nothing in terms of the basic gaps that are now leading and driving the behavior and conduct of countries in the area."

His comments seemed to echo claims being sounded as of late by Foreign Minister Avigdor Lieberman, who recently said Israel needs to make peace with the Arab world and not with the Palestinians.

Lieberman, who advocates an unpopular form of the two-state solution not based on the 1967 borders, claimed Israel must work with Saudi Arabia and other Gulf states to normalize relations, regardless of the headway made with the Palestinians. 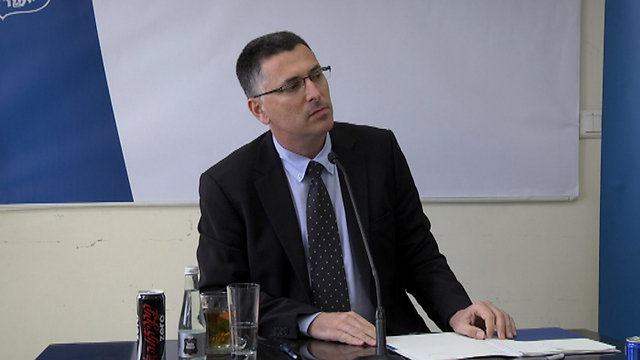 Likud MK and Interior Minister Gideon Sa'ar: "There is no basis to the perception that the status quo is a bad thing." (Photo: Eli Mendelbaum)
The remarks from Amidror and Sa'ar seemed to indicate that Israel's more hawkish politicians no longer view peace with the Palestinians as a strategic asset and could be the answer to remarks made by Lieberman following the failure of peace talks in late April. "The Foreign Ministry and the foreign minister have presented an alternative plan to the prime minister, whose details shouldn't be revealed just now," said Lieberman at the time, suggesting that a new policy may be taking form.

In almost perfect analytic form, Amidror, former candidate to head the IDF’s intelligence division (AMAN), also laid out the threats Israel faces and the principles which should guide a strategy excluding peace with the Palestinians.

The three major threats threatening Israel are, according to Amidror: The Iranian ambition to attain nuclear capabilities, the rockets spread throughout southern Lebanon by Hezbollah, and Sunni-Islamic terrorism rampant in Egypt’s Sinai Peninsula and the Syrian Golan Heights. 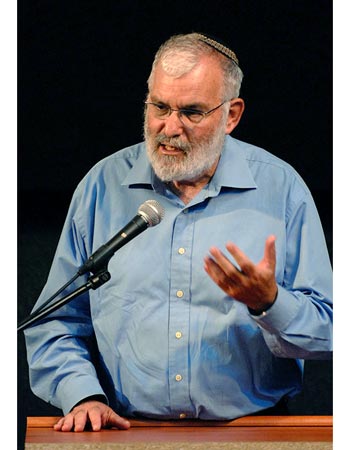 Yaakov Amidror: Peace with Palestinians would achieve nothing. (Photo: Amir Cohen)
"There are 50,000 rockets and missiles around us that can reach anywhere in Israel and we have no way to remove this threat," said Amidror. "We must prepare ourselves very seriously for it." "Israel has to draw red lines in crucial areas and to make sure that it responds appropriately when these lines are crossed by our rivals," said Amidror.

To deal with these threats Amidror laid out general principles for Israel’s strategic defense. According to him Israel must maintain its relations with its neighboring countries, and work to develop greater connections with developing parts of the world without harming its current relations with the US and the EU.

However, as a rule, Israel must remain strong, and understand two central principles - firstly that its deterrence is based solely on its military strength. Amidror stressed that, "For the most part, the population around us does not accept our existence. Our ability to preserve ourselves outside of regional wars depends on being perceived as strong by our neighbors."

Secondly, Israel has to remain modest by understanding that it has no ability to predict the actions of its neighbors, no matter how friendly the relations.

Amidror described the region as one which is and will remain hostile to Israel’s existence - a situation he said was further accented by Israel’s contentious relations with the UN’s human rights bodies, run by members of the predominantly Arab Non-Aligned Movement. 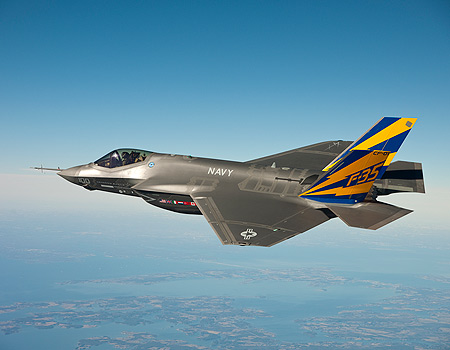 Amidror stressed the importance of Israel's deterrence capabilities to be enhanced with the purchase of new military equipment like the F-35 Joint Strike Fighter. (Photo: Gettyimages)
"We are facing a monolithic block because of 120 states in the UN who automatically vote against us," said Amidror. In this regard, Amidror claimed that Israel has responded with great success to the two last threats - rocket fire from southern Lebanon and Sunni terrorism. However, he warned that the situation could change, and that Israel’s diplomatic plight is likely to worsen should rocket fire from the north begin. He insisted that, "We need to use land forces in order to destroy Hezbollah's infrastructure in Lebanon." He continued on to blame the international community for inevitable civilian casualties. "We will have to take action in places filled with civilians because they (Hezbollah) are launching from houses. We will have to hurt civilians, there's nothing we can do about it. Because the world did not stop these people from launching missiles, they can't complain to Israel (when civilians are harmed)." Regarding Iran, Amidror warned that the Islamic Republic was still adamant in its attempt to have a nuclear program, with only their tactics changing.

"Iran wants to have a nuclear weapon. They are doing everything they can vis-a-vis discussions with the US (to convince the world) that they can be stopped at the last moment." 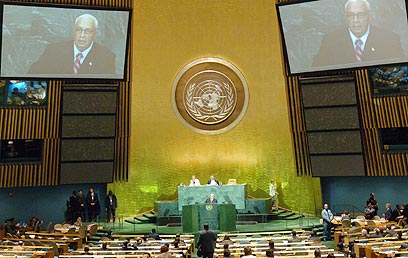 Amidror: "I think we should boycott the UN when there is need." (Photo: GPO, Avi Ohayun)
The atmosphere prevalent in nuclear talks conducted between Iran and world powers, he claimed, was dangerous for Israel because the military option has de facto been taken off the table, creating a situation in which the desire to reach an agreement trumped the agreement’s content. "The unwillingness of many around the world to use force is the reason why many people in the US as well as other places are willing to take any agreement with Iran. The use of force is perceived as a sin," he said. According to him the Israeli interest was preventing Iran from reaching potential nuclear capabilities, not just attaining them. He further said that this was one of the central disagreements between Israel and its allies, with Israel working to prevent Iran turning into a nuclear threshold state.

'Israel does not spy on the US'

Amidror also used his speech to reiterate what many in the Israeli administration have already said: “We don’t spy on the US.”

The comments came after a number of articles published in Newsweek which alleged Israel was involved in massive spy efforts against the US, with some ranging from comical - like the claim Israel attempted to infiltrate Al Gore’s hotel suite through an air-condition vent - to outrageous - like the claim that former prime minister Ehud Barak wiretapped US president Clinton’s phone amid peace talks with Syria and the Palestinians.

Amidror further added that the US administration should have been more adamant in denying the reports and stressing that Israel was in no way involved in such spy efforts, but nonetheless stressed that Israel had no single more important strategic asset than its relations with the US. “We have no alternative to our relations with the US,” he said.