In the crosshairs: Hamas institutions and leaders

Israel continues to tighten the noose around Hamas in the West Bank as part of Operation "Bring Back our Brothers", launched in the wake of the kidnapping of Gil-Ad Shaer, Naftali Frenkel and Eyal Yifrach on Thursday night.

The IDF troops on the ground, in conjunction with the Shin Bet investigation, are conducting extensive searches of the villages around Hebron and the neighborhoods inside the city itself, and checking cisterns, wells, caves and basements. 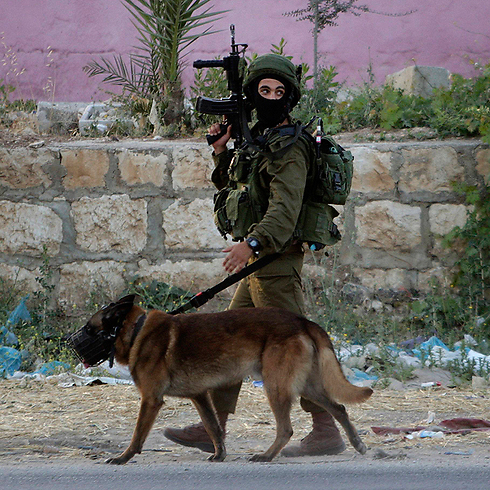 Israel has so far ruled out the possibility of launching an operation similar to "Operation Defensive Shield," and the focus now is on extensive intelligence work.

Over the past two days, IDF troops have carried out two waves of arrests of senior Hamas activists in the West Bank, among them prominent officials, and on Monday night moved to phase two – targeting Hamas organizations and institutions, with the intent of weakening its local infrastructure.

On Monday night, Civil Administration forces, accompanied by IDF troops, raided institutions belonging to or associated with Hamas in the Bethlehem area. During the raid, troops gathered documents and other materials linking those institutions to terrorist activity in Judea and Samaria.

According to defense officials, these institutions served, among other functions, to recruit and launder money used by Hamas to finance terrorism against Israelis, under the pretext of conducting civic activities. Defense sources accused Hamas of using these institutions to consolidate its standing by exploiting the vulnerable Palestinian population.

During the Monday night operation, the IDF also targeted other Hamas symbols, and arresting Aziz Kayed, West Bank director of the Al-Aqsa channel, the Hamas television station that operates in both the West Bank and Gaza Strip. 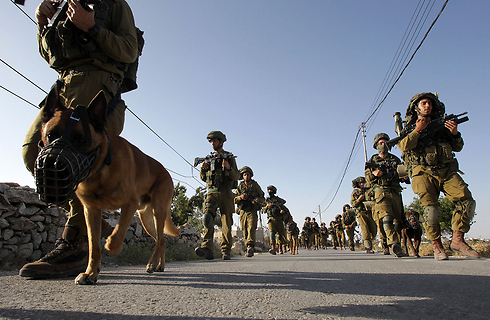 Israel appears to be using the abduction to step up its activity against Hamas and its West Bank infrastructure. This action is intended to weaken the organization ahead of the elections for the presidency and the Palestinian Legislative Council set for early next year in Gaza and the West Bank - a key part of the reconciliation agreement between Fatah and Hamas signed in April.

"We are committed to resolving the kidnapping and debilitating Hamas terrorist capacities, its infrastructure and its recruiting institutions," Lerner said in a statement.

Wave of arrests in Hebron

The kidnapping came during a sensitive time for the Palestinian population: shortly before the Ramadan fast begins, and close to the anniversary of Hamas' takeover of the Gaza Strip (15.06.06).

A senior military source told Ynet that Israel's search for the kidnapped teens is already disrupting civilian life in the area and raises Palestinian criticism about the timing the terror cell chose.

"The kidnapping is an extreme case in which the IDF goes all the way, which has a significant ramifications for the population, particularly when it comes so close to the most important month in the Muslim calendar," the source said.

The IDF's many checkpoints in the area will create traffic, that will make it difficult moving around the West Bank.

"If, for the last five years, it took 40 minutes to get from Nablus to Jenin, there's a good chance next week such a trip will take seven hours," he added. 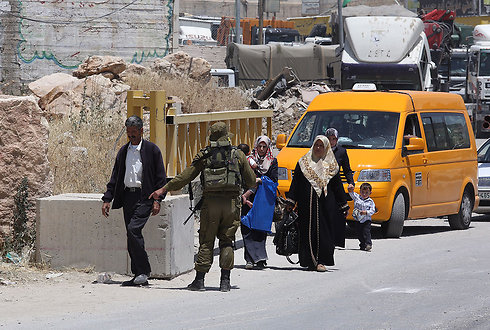 The IDF's objective, he stressed, is to make it clear to the civilian Palestinian population what it means for Hamas to reestablish itself in the West Bank, and make the Palestinians remember the ramifications of the kidnapping.

Among Monday night's detainees was Sheikh Hassan Yousef, one of Hamas' most senior members in the West Bank and the father of a former agent for Israel's Shin Bet security service.

Yousef, who has for many years served as a Hamas spokesman in the West Bank, was born in 1955 in Jania, a village east of Ramallah, to a very religious family. His father was the imam and muezzin in the town's central mosque, and Yousef has maintained a similar level of religiosity. He was also one of the earliest members of Hamas.

Since 1971, Yousef has been arrested 14 times by Israel, and has spent many years in prison. In 1992, he was one of some 400 Hamas and Islamic Jihad members expelled by Israel to Marj al-Zohour in southern Lebanon after Hamas abducted and murdered Border Policeman Nissim Toledano.

Yousef ran in the Ramallah district during the 2006 elections in the Palestinian territories. He was in jail at the time of the elections, but this did not prevent him from winning the highest number of votes in the district, securing his seat on the Palestinian Legislative Council member.

Yousef became a well-known figure in Israel thanks to his son, Mosab Hassan Yousef, who became one of the most important Shin Bet agents of the second intifada. Mosab led to the exposure of many terrorist cells and the arrests of Hamas military leaders. After learning of his son's actions, Yousef broke off all ties and publically denounced him. He was released from his previous internment several months ago, but was rearrested on Monday, following the abduction of the three boys.

Another senior Palestinian detained Monday is Professor Aziz Duwaik (Abu Hisham), the speaker of the Palestinian Legislative Council since 2006. Duwaik was born in Egypt in 1948 to a Palestinian father and Egyptian mother, and his family later moved to Hebron. He studied at the University of Pennsylvania, where he received a PhD in urban planning. Upon his return to the West Bank, he founded the geography department at An-Najah National University in Nablus. He is widowed and has seven children. 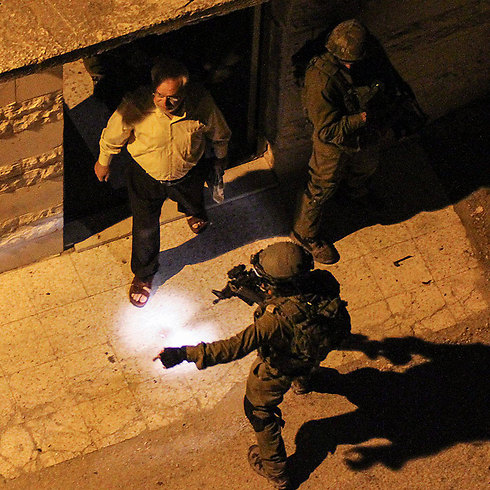 Like Yousef, Duwaik joined Hamas in its early days, and quickly became one of its central figures in the West Bank. In 1992, he was one of the Hamas members deported to Lebanon, where he became the organization's English-language spokesman.

Duwaik was close to Abdel Aziz Rantisi, who briefly succeeded Ahmed Yassin as the party's leader before he too was killed by Israel. Once he returned to the West Bank, Duwaik distanced himself from political life, but did take up positions with various social organizations. His pleasant demeanor and involvement in social causes have earned him great popularity among Palestinians in the West Bank.

In 2006, after Hamas' overwhelming victory in the elections for the Palestinian Legislative Council, Duwaik was appointed speaker and number four in the organization. In the immediate aftermath of Gilad Shalit's capture in June 2006, Duwaik was among the Hamas parliament members arrested by Israel in the West Bank, and was held for three years. In 2012, he was arrested again and released six months later. On Monday he was detained once more.