Waters to Neil Young: Cancel Israel show, don't turn your back on Palestine

Pink Floyd founder posts open letter to Canadian musician, reminding him of his past refusal to perform in South Africa protesting Apatheid Regime.

Roger Waters is at it again. This time, the Pink Floyd founder posted an open letter on Friday to Neil Young, urging the musician to cancel his show next week at Yarkon Park in Tel Aviv.

"Dear Neil Young, There are rumors flying about that you are considering doing shows in Tel Aviv this year," Waters started his letter, titled "Enough is Enough."

"Neil Young! You are one of my biggest heroes ... your songs have always been redolent of love and humanity and compassion for your fellow man and woman. I find it hard to believe that you would turn your back on the indigenous people of Palestine. That you would lend support to, and encourage and legitimize, with your presence, a colonial apartheid regime, largely settled from Europe, that seeks to confine the native people of the land, either in exile or in second class status in reservations and ghettos. Please, brother, tell me it ain’t so." 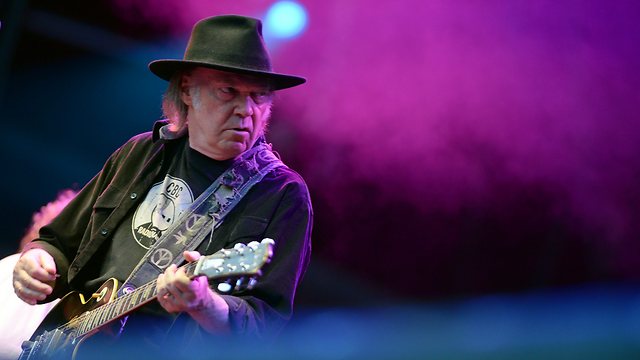 Neil Young (Photo: EPA)
Waters also reminds Young of past instances in which he refused to perform in South Africa, in protest of the Apartheid regime. "The late, great, Nelson Mandela lives on in us, we cannot let him down," Waters wrote, quoting Mandela: "We know too well that our freedom is incomplete without the freedom of the Palestinians." Waters goes on to ask Young to refuse to perform in Israel, and explained that "Unfortunately the opposition lobby has a lot of muscle too. They spend millions on their 'Hasbara' (If like me you have no Hebrew) 'Explaining' or to you and me 'Propaganda'. The propaganda machine is well oiled and ruthless." Before concluding his letter, Waters provides facts and numbers from an unstated source about the victims of the conflict, adding: "If you are in doubt about any of this, I will go with you to Palestine, and Israel, if they’ll let me in, you will see what I have seen, and then let us figure out the right thing to do." Young has yet to respond to Waters' letter. Waters has been a vocal opponent of Israel in recent years, often encouraging American artists and musicians not to visit Israel. Among other things, he wrote a letter calling musicians considering performing in Israel to avoid doing so, had a flying pig with a star of David in his concerts, and commented against Israeli policy in the territories. In December, Waters compared Israel and Nazi Germany, and earlier this year he slammed actress Scarlett Johansson's decision to act as a presentor for Israeli company SodaStream. He also called on the Rolling Stones to cancel their show in Israel, but those came anyway. Waters himself performed in Israel in 2006, before joining the BDS movement.