Israel's message to Hamas: We control the escalation

Analysis: Decision to bomb entire areas in northern Gaza after warning residents indicates is aimed at signaling to Hamas that Israel is climbing one more step up the ladder.

On Saturday evening, after the first five days of Operation Protective Edge, armed Palestinian groups from Lebanon joined the fighting. The IDF was prepared for this option, but the goal will likely be to contain the event rather than escalate the situation.  Hezbollah was probably not involved in the rocket fire directed at Israel's northern communities, but it's possible that global jihad organizations – which have already done this before – participated in the rocket fire or even initiated it.
Protective Edge
In praise of restrained leadership
Eitan Haber
Op-ed: Israel needs leaders who match the spirit of the era, who understand that there isn't one war which ends all wars.
In praise of restrained leadership
The Palestinians from the refugee camps in Lebanon fired two rockets at the Galilee Panhandle two days ago. The response was artillery fire at nowhere, the same as this time. With such a response, Hezbollah leader Hassan Nasrallah will not get involved. He is likely not interested in escalation on the border, especially while he is still entangled in the fighting in Syria. 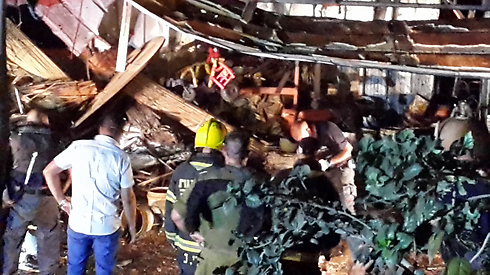 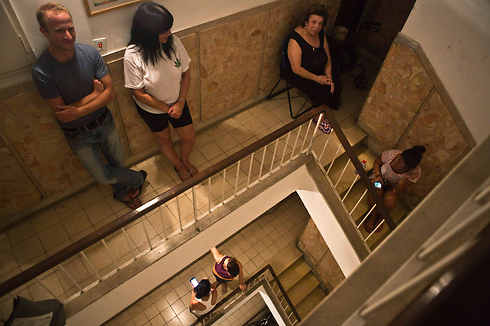 In the meantime, in Gaza, the crushing of terror infrastructures and assets is increasing, while the first stage of the diplomatic process aimed at bringing about a ceasefire continues.

On the Palestinian side, Hamas and the Islamic Jihad are suffering and increasing the psychological warfare. Above all, the two organizations – which are waging the war as equals – are desperate to create awareness and reach an operational achievement which will allow them to negotiate a ceasefire from a position of power.

So far, such an achievement has slipped through their fingers time and again. The attempt to terrify Israel's citizens and raise the spirits of Gaza's residents after the meal breaking the Ramadan fast, by threatening to fire a new type of missiles at Tel Aviv, also appears pretty ridiculous right now.

The diplomatic move is not gaining momentum because both Israel and Hamas and the Jihad believe they have yet to utilize the operation to the fullest, and are still capable of dealing painful blows to the other side – and then negotiating from a position of power.

All kinds of negotiators have expressed their willingness to get involved, but the Egyptians were and remain the only factor which can still really talk to the two sides and bring about an agreement.

In fact, we are not just talking about an agreement between Israel and the Gazans, but about a square in which both the Egyptians and Mahmoud Abbas' Palestinian Authority carry equal weight. Everyone has something to give and something to gain from a ceasefire agreement, but the Egyptians are the only ones capable of mediating.

Turkish Prime Minister Recep Tayyip Erdogan is no longer considered a reliable factor in Israel's eyes, and the Qataris – who consistently support Hamas – can only operate through Cairo. In the meantime, initial contact is being made while Israel and the terror organizations are sticking to their stances and won't budge. 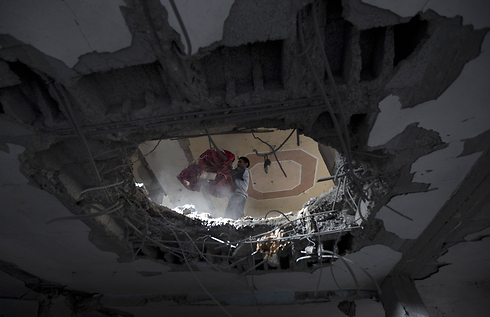 Israel's intention appears to be to continue crushing Hamas from the air for at least two or three more days before the cabinet decides, if at all, to launch a ground operation and what kind of operation.

Until then, the decision to bomb entire areas in the northern Strip after warning the residents indicates a move from tweezers to a 5-kilogram hammer. The goal is not just a military one – moving from individual destruction to wholesale destruction – but is also aimed at signaling to Hamas that Israel is climbing one more step up the ladder, that "we control the escalation," as a very senior officer has said. As part of this control, the ground entry option has been prepared and the plans have been completed for several moves – starting from a small, quick maneuver, limited in time and length, to the occupation of the Strip for a relatively long period of time. In any event, there is no intention of capturing the Strip and staying there for a long time, as right-wing politicians are suggesting. Right now, as far as Israel is concerned, it all depends on the achievements of the airstrikes, which have so far been successful. Unlike Operation Cast Lead, and even more forcefully than Operation Pillar of Defense, the current operation emphasizes the active defense. The Iron Dome system has turned into a strategic factor which simply changes the military and diplomatic balance dramatically. A second factor distinguishing Operation Protective Edge from its predecessors, again in favor of Israel, is Hamas' harsh economic distress and political isolation. In the past, the Gazans knew they could engage in fighting and that in the end someone would broker a good "lull deal" for them and fund the restoration of the ruins. Now there isn't even one mediator that the Gazans really trust and have faith in. Most of the sponsors have also disappeared. It's true that Iran will do everything in its power to rebuild the military infrastructure of the Islamic Jihad, which follows its orders, but the tunnels in Rafah are blocked by the Egyptian army. The heads of Gaza's terror organizations are aware of these facts, but are hoping for an Israeli mistake which will change the balance.