The IDF said that after days of consideration it has begun to attack the Wafa Hospital compound. The military claimed the hospital has been a hotbed of terrorists activities, with gun and anti-tank missile fire originating from the cite.

Later Wednesday, the IDF said it had killed 10 terrorists and found a tunnel which contained IDF uniforms and arms.

Israel has long claimed that Hamas and other Gaza terror groups are using civilian centers – like hospitals, mosques and schools – to launch attacks on Israel. Just last week some 20 rockets were found in an UNRWA school. 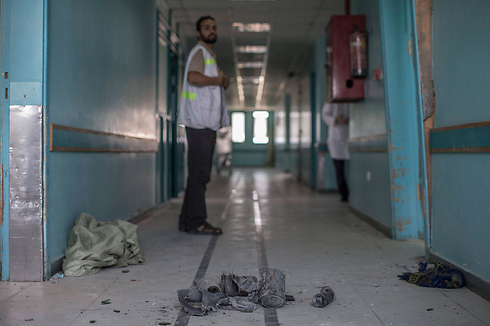 The al Wafa hospital was evacuated last week after a number of phone call warnings from the IDF.

The hospital, which serves as a rehab facility had gained attention after a group of activists moved in to be alongside 17 patients could not be evacuated. 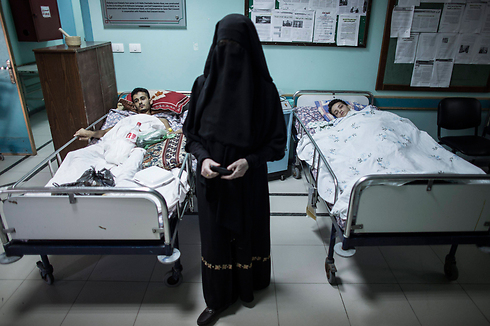 Photo: EPA
Nevertheless, they were moved last Thursday to a nearby hospital as Israel struck targets that rattled the facility. The IDF released aerial photos today that they claim show the locations of Hamas rocket launch sites placed dangerously close to civilian sites. The photos claim to show rocket launchers inside the grounds of a mosque and a playground as well as a rocket launcher that appears to be adjacent to al-Wafa hospital. 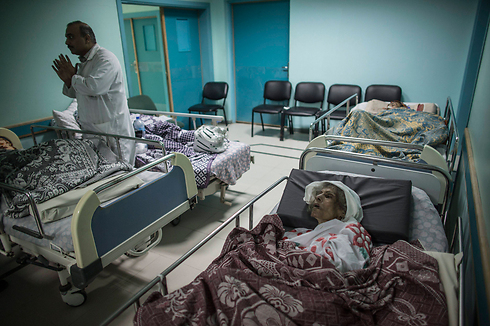 Clouds of black smoke hung over the densely populated Gaza in the morning hours, with the regular thud of artillery and tank shells filling the air.

"We are meeting resistance around the tunnels ... they are constantly trying to attack us around and in the tunnels. That is the trend," said IDF spokesman Lieutenant-Colonel Peter Lerner. He said 30 militant gunman had been killed overnight, bringing the total to 210 since the offensive started. 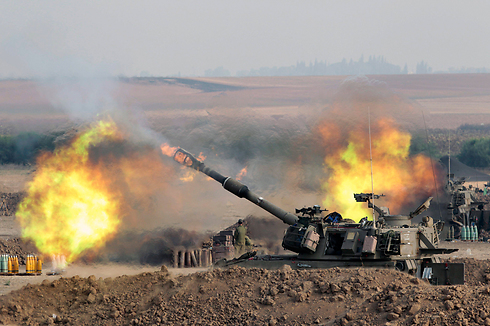 A Palestinian health official said eight Hamas fighters died in the ferocious battle near Khan Younis, from where the Palestinian Red Crescent was trying to evacuate about 250. Khan Younis has been under Israeli tank shelling and drone strikes since early Wednesday.

The Red Crescent said Hamas fighters in the area were deploying rocket propelled grenades and light weapons, including machine guns, against the Israelis.

Hundreds of residents of eastern Khan Younis were seen fleeing their homes as the battle unfolded, flooding into the streets with what few belongings they could carry, many with children in tow. They said they were seeking shelter in nearby UN schools.

"The airplanes and airstrikes are all around us," said Aziza Msabah, a resident of Khan Younis. "They are hitting the houses, which are collapsing upon us."

Hamas's armed wing, the Izz el-Deen Al-Qassam, said its fighters had detonated an anti-personnel bomb as an Israeli army patrol passed, killing several troops. There was no immediate confirmation from Israel. 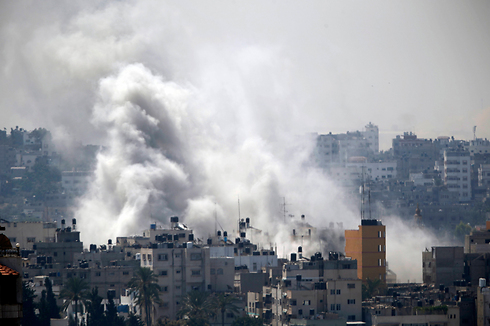 There was also violence in the West Bank, where a Palestinian was shot dead by Israeli troops near Bethlehem. The army said soldiers fired a rubber bullet at him during clashes with Palestinians hurling rocks and Molotov cocktails.

According the IDF, they targeted Gaza City's Shajaiyeh area , dropping over 120 bombs on the area, which they claimed was home to a "Hamas battalion," a senior IDF source said. According to the source, a Hamas command center was also to be found in the area, and some 28 tunnels, six of which were destroyed. "Destroying tunnels is the heart of our current activities, and we are seeing more and more fighting around their entrances. Shajaiyeh terrorists have been dealt a serious blow."

He further claimed that there was growing pressure on the Palestinian population.