The IDF has lost its creativity

Op-ed: Instead of targeting Hamas leaders, Israeli army is destroying their homes. It's no wonder Hamas thinks it won Gaza war.

One of the IDF's greatest fighters and commanders once said that he wanted to turn the IDF into "a small and smart army." What happened is that the IDF has turned into a "big and heavy army." Over the years it has gained a lot of power, but has apparently lost its creativity. For many years, the IDF surprised Israel and the world with its original and smart operations, which indicated that it was thinking outside the regular military box. Starting with parachuting Rafael Eitan and his fighters in the attack on the Mitla Pass at the start of the Sinai War in 1956, through Operation Focus in the Six-Day War, the captured Egyptian radar in 1969, the Israeli raid of Beirut in 1973, the crossing of the Suez Canal in the Yom Kippur War, Operation Entebbe in 1976 and many other operations.
Mideast Fantasies
Hamas' imaginary victory in Gaza war
Isaac Ben-Israel
Op-ed: The military balance in the recent round is so clearly in favor of Israel, that it cannot be concealed by any 'victory image.'
Hamas' imaginary victory in Gaza war
Each time, the IDF managed to surprise and achieve success thanks to its sophistication, and also thanks to its valor. But that same creativity faded away somewhere between the first Lebanon War and these days. Now we see creativity and original thought in technological initiative – the Iron Dome, Arrow, David's Sling and Active Trophy defense systems, the tunnel detection plan which will bear fruit soon, and the targeted assassinations through electronic means, like the killing of Hamas commander Ahmed Jabari, which launched Operation Pillar of Defense. But the military operations are being run in a rather routine manner, and the brilliant ideas have disappeared. The Second Lebanon War was launched with the assumption that it can only be won from the air, and the commanders only realized later on that a ground operation was needed too. We repeated the same mistake in Operation Protective Edge. The Israel Air Force reported that it had bombed thousands of targets, yet it failed to destroy Hamas' missile arsenal. Eventually, in addition to the tunnel destruction operation, the IDF launched a ground operation and ran into Hamas terrorists who had already been waiting for the forces following the leaflets and warnings distributed before their entry. The entry itself was conducted in a routine manner, and the Saja'iyya affair proves it. Does a military operation require a confrontation with thousands of Hamas terrorists? When Israel faced the danger of the Black September terror organization in 1972, the prime minister's advisor on counterterrorism, Aharon Yariv, and then-Mossad chief Zvi Zamir came to Golda Meir and told her: "We will not be able to kill the hundreds of terrorists operating in the this organization, but we suggest 'beheading the snake.'" In other words, destroying its leaders – and then the organization will collapse. And that's what happened. After the organization's leaders were killed in several sophisticated operation, Black September collapsed and never got up again.

Of course the conditions are different today, and the IDF doesn’t sent agents with guns and bombs after the Black September leaders in European capitals. But the thought was right at the time and it's still right even now.

Why are our senior officials announcing day and night that we have no intention of targeting Hamas leaders? Why are we providing them, of all people, with immunity? Won't hitting them lead to confusion, despair and helplessness among the terrorists? Won't hitting or capturing several Hamas leaders help break the organization more than battles which will leave 100 or 200 more terrorists dead at a heavy price? 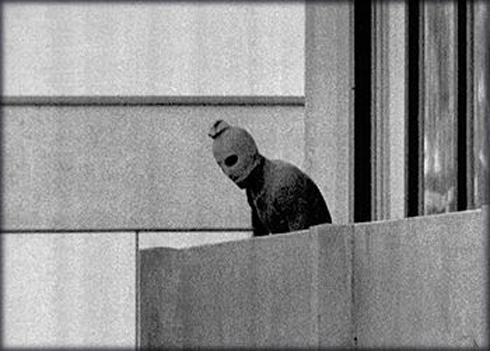 Black September terrorist in Munich in 1972. The organization's leaders were targeted (Photo: AP)

If our intelligence really knows – as it says it does – where the terrorists' leaders are hiding, why isn't the IDF sending special forces there on helicopters, or through the sea, or in costumes, or in any other sophisticated way? Such an operation is definitely more important and efficient than destroying their homes, which is one of the most puzzling moves in this war.

Every day, the IAF announces whose home it destroyed. What does destroying the houses of Hamas leaders give us? We know that they are not in there, so did we think that once they heard their house was destroyed, they would collapse and emerge from their holes with their hands up? Whoever planned the destruction of houses may think he is a great psychologist, but may also achieve the opposite outcome, not to mention the fact that in some of these houses there is a civilian population which gets hurt. When planning a war, it's important to understand and know the enemy. Most of the commentators and generals who participated in the weird experts' parades on different television channels explained to us time and again that Hamas was already shattered or was about to be shattered in a day or two, and found it difficult to look at the situation through Hamas' eyes, and in Hamas' eyes – it is winning. It has been fighting us for nearly a month, it has many other fighters, weapons and rockets, and it managed to face the strongest army in the Middle East while millions of Israelis were sent into bomb shelters. In addition, the Gazan public has supported Hamas all along, although our experts explain to us day and night that Gaza's residents are being used by the terror organization and are very angry with it. In order to "break" Hamas – this time or in the next time, which will likely come along – we must focus most of our efforts on its leaders, thereby both dealing it a decisive blow and protecting our soldiers who are in there. We can, of course, beat Hamas in the routine manner. The IDF is indeed a strong army, and if we only let it – it will win. But at what price? Prof. Michael Bar-Zohar is a historian and former Knesset member. He co-authored the books "Mossad – The Greatest Missions of the Israeli Secret Service" and "IDF – The Great Operations of the Israeli Army," which were published by Yedioth Books.