American actor, known for his portrayal of Genie in 'Aladdin,' a fatherly therapist in 'Good Will Hunting' and Mrs. Doubtfire in film of same time, suffered from severe depression prior to his death.

Robin Williams, the versatile actor whose madcap comic style made him one of television and film's biggest stars, was found dead on Monday from an apparent suicide at his home in Northern California. He was 63.

The comedian's appeal stretched across generations and genres, from family fare as the voice of Disney's blue Genie in "Aladdin" to his portrayal of a fatherly therapist in the 1997 drama "Good Will Hunting," for which he earned his sole Oscar. 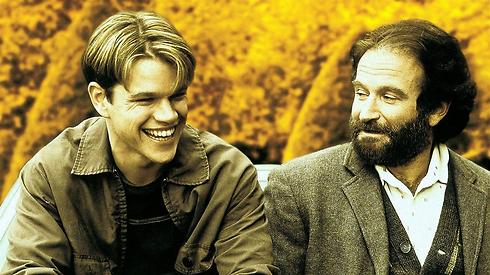 Williams and Matt Damon in 'Good Will Hunting'

But many remembered the master of impressions on Monday for his tender portrayal in "Mrs. Doubtfire", when he played the part of a British nanny whose identity he assumed as a divorced father to be with his children. 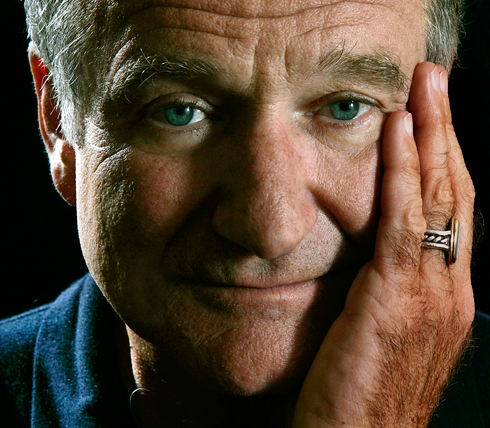 Williams had been recently suffering from severe depression, his publicist Mara Buxbaum said in a statement, and the actor had repeatedly talked about his past struggles with alcohol.

"This morning, I lost my husband and my best friend, while the world lost one of its most beloved artists and beautiful human beings. I am utterly heartbroken," Williams' wife Susan Schneider said in a statement. 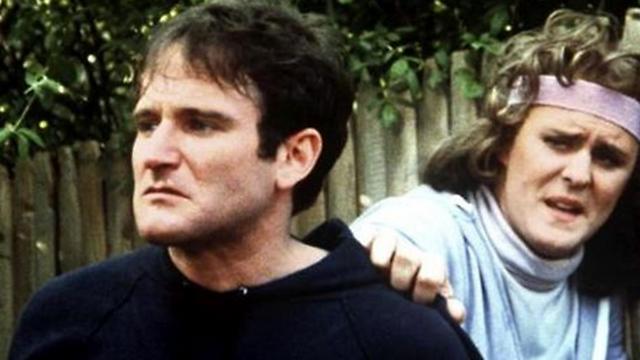 Williams and John Lithgow in 'The World According to Garp'
The Marin County Sheriff's coroner's division said it suspected Williams committed suicide by asphyxia, but the cause of death is still under investigation and an autopsy will be conducted Tuesday. The Sheriff's office said it received an emergency call about noon local time on Monday, saying Williams was unconscious and not breathing at his home near Tiburon, north of San Francisco.

Outside the family home in a neighborhood of low-slung houses with water views, people left flowers and talked about the man who rode his bike around and had a smile and a wave for children on the street. 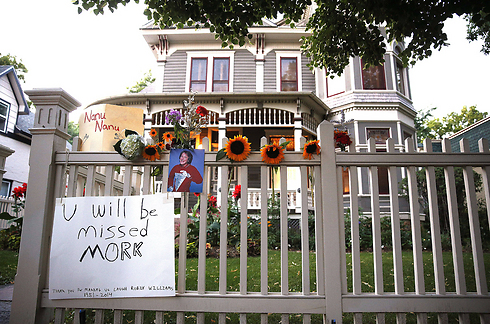 Williams' house (Photo: AFP)
"It wasn't like having a celebrity," said Sonja Conti who said the actor would often ask about her dog and nicknamed him "Dude." "He was just a normal, nice guy. People left him alone."

Social media was alight with appreciation for Williams, who introduced his boyish exuberance and outlandish vaudeville-esque style to audiences as a quirky extraterrestrial in the late 1970s TV comedy "Mork & Mindy." 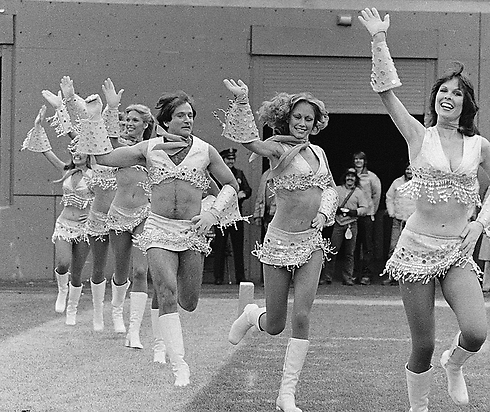 Williams in 'Mork & Mindy' (Photo: AP)
US President Barack Obama called Williams a "one of a kind" actor who could make people laugh and cry in his array of characters. "He arrived in our lives as an alien - but he ended up touching every element of the human spirit," Obama said in a statement.

Williams, who was most recently in the CBS television comedy "The Crazy Ones" until it was canceled after one season in May, had entered a rehabilitation center this summer to help him maintain sobriety. 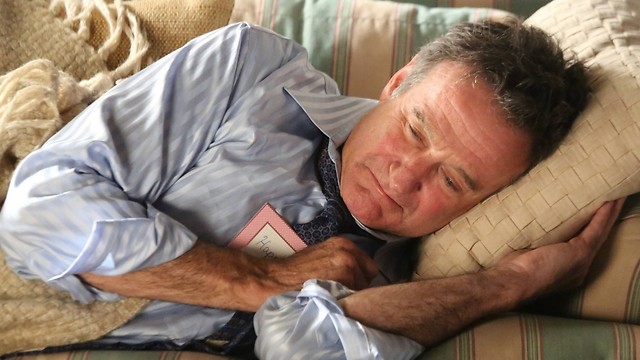 Williams in 'The Crazy Ones' (Photo: CBS)
His representatives at the time said Williams was not using drugs or alcohol but was there to "fine-tune" his sobriety after a demanding work schedule. The death of Williams shook Hollywood, and colleagues mourned the loss of what many called a big-hearted man and one of the most inventive comedians of his time.

"Robin was a lightning storm of comic genius and our laughter was the thunder that sustained him," said Steven Spielberg, who directed Williams as Peter Pan in the 1991 film, "Hook." 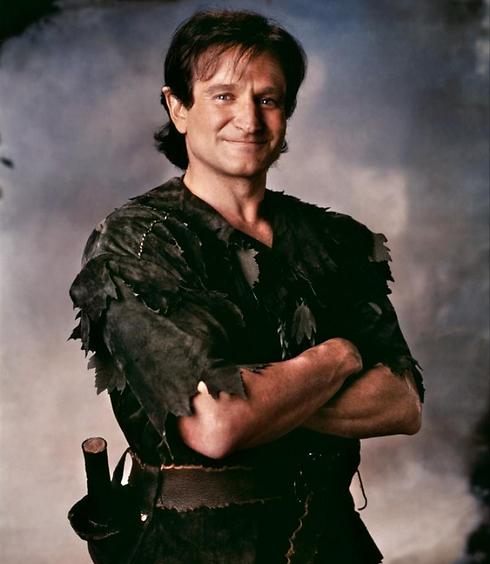 Williams as Peter Pan in 'Hook'

Williams, who was born in Chicago in 1951 and grew up in suburban Detroit earned four Academy Award nominations, the first for his portrayal of US Army radio host Adrian Cronauer during the Vietnam War in "Good Morning, Vietnam." 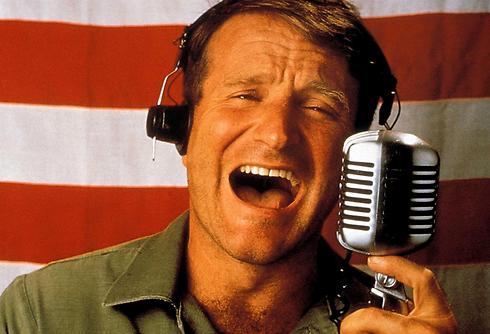 Williams in 'Good Morning Vietnam'
He earned nominations for the 1990 coming-of-age prep school drama "Dead Poets Society" and 1991's "The Fisher King." Williams married three times, most recently in 2011 to Schneider. He has three children. In a 2009, the actor told Reuters that his children often referenced his own struggles with alcohol when he would confront them about their own misbehavior.

"They went, 'And you had a three-year drunken relapse.' Ah, thank you for bringing that back, my little happy creatures," Williams quipped. 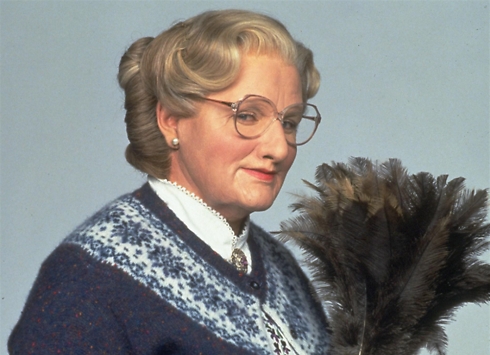 Williams in 'Mrs. Doubtfire'
His death also deeply affected his local artists' community, far from the hype of Hollywood.

"He embodied what it meant to be humble," said Lucy Mercer, executive artistic director at Throckmorton Theatre, a small venue near Williams' home, where the actor was known to try out new material.

Mourning fans lay flowers on Williams' star at the Hollywood Walk of Fame (Photo: AP)
"He doused us in his love and positive glow and never asked for anything in return." Williams will appear in upcoming film "Night at the Museum: Secret of the Tomb," playing the statue of Teddy Roosevelt who comes to life at night, and holiday comedy "Merry Friggin' Christmas." He was also attached to a sequel to 1993 hit "Mrs. Doubtfire."