Taking the battle to Schabas' own court

Israel should set up to parallel commissions of inquiry - one into the conflict in Gaza, and one into the UN Human Rights Council.

Israel is facing a hefty political and legal campaign whose goals are to denounce it as a war criminal and cause not only a serious damage to its image, but also diplomatic, economic and strategic damage. And it's time for it to fight back.

Such a campaign is as important as the one that took place on the Gaza battlefield over the past few weeks. A sophisticated response is needed - a war of legal prevention.

The predetermined conclusions of the Schabas commission of inquiry could lead to ominous decisions by the UN Security Council, attempts to prosecute Israeli leaders and IDF commanders, empowerment of the BDS movement, and divestment and sanctions against Israel.

There are three reasons Israel shouldn't cooperate with the Schabas Commission: The anti-Israel organization that appointed it; the definition of its role as solely to investigate Israel's "war crimes"; and the man who was chosen to head the commission, whose anti-Israel stance has already been revealed.

Schabas might indeed be a renowned expert on international law and genocide, but he lacks professional and academic integrity.

An internal Israeli investigation into the functioning of the IDF during Operation Protective Edge, either by the State Comptroller or by a commission of inquiry will not be seen as sufficient - however proper it might be. The international community will always regard it as a cover up. 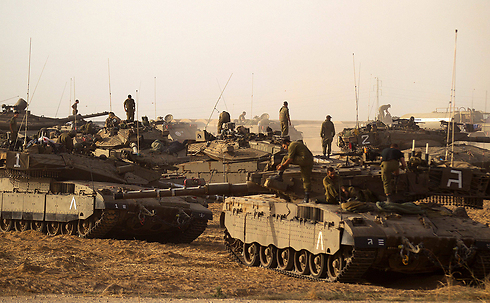 Israel has previously objected to international panels of inquiry on the grounds that they were biased, and that its own internal inquiry meets every test of credibility. Thus, this latest challenge requires Israel to outsmart and even attack these hostile organizations.

As opposed to its criticism of the Goldstone Report, which came out after the report had already been published, this time Israel needs take preemptive steps. The Schabas commission and the actions of the UN Human Rights Council need to be subject to a preventative legal battle. Israel should establish two commissions of inquiry, to operate simultaneously. Both should be filled with international experts, known for their professional integrity. One for Israel, one for the UN Human Rights Council. Experts in international law, human rights and United Nations organizations will sit on one committee, which will probe the rights council's activity and conduct in general, and its position towards Israel in particular. The probe will cover the council's panel members, its decisions, as well as officials who have been dealing with Israel and the Goldstone Report.

The expected outcome is total discrediting of this organization, which has an obsession with Israel and does absolutely nothing to defend human rights in places where they are violated in the most disgraceful ways.

The second committee will comprise experts in the laws of war, and will investigate the conduct of Hamas and Israel during the recent operation in Gaza, and present a grounded and balanced report. Israel will provide both committees with all the documents in its possession regarding IDF and Hamas activity in the Gaza Strip. The first committee will be able to draw on existing material on the UN Human Rights Council, scientific and professional essays written about the Goldstone Commission, and materials collected by UN Watch, an advocacy group that monitors the UN. The reports from both committees will then be combined into one comprehensive document, to be published two weeks before the Schabas Commission report - and likely refute most of the claims and findings expected to appear in the latter. The publication of this Israeli report will not only offer justice for the IDF operation and expose Hamas' crimes, it will also once and for all end the unique phenomenon of establishing an international commission of inquiry every time Israel is involved in a violent incident.