By recalling the delegation to Cairo and striking targets in Gaza, Israel is telling Hamas: no talks under fire, and no war of attrition.

The rocket fire from Gaza on Tuesday afternoon was a flagrant breach of commitments Hamas and the others Palestinians factions made to Egypt. And in its wake, Israel is signaling to the Palestinians that it will not agree to negotiate under fire, nor is it willing to enter into a war of attrition with the Palestinian factions.

As such, Israel, which recalled its negotiating team from Cairo in the wake of the rocket attacks, will not send it back before receiving cast-iron guarantees that the negotiations - if they resume - will not be held under during violations of the ceasefire.

"Israel will not negotiate under fire," say Israeli officials. The same sources also say that Israel has the patience and the mental strength to resume the fight until Hamas and the other Palestinian factions realize they can not threaten it with renewed attacks, and that they are more harmed by breaching the ceasefire than they benefit from doing so. 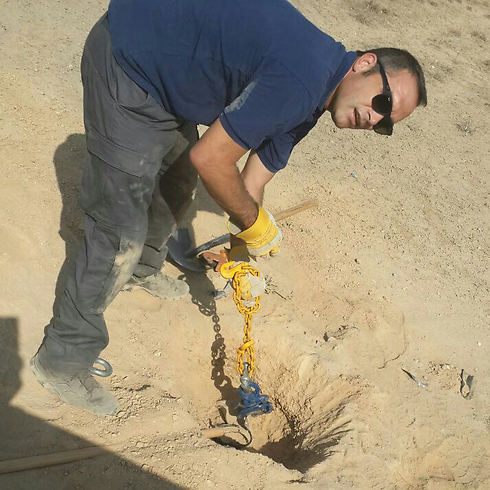 The rocket fire took the IDF and the decision-makers in Jerusalem by surprise. Even so, there had been information that the talks in Cairo were running into difficulties over Israel's unwillingness to give into Hamas demands regarding the "lesser agreement" proposed by Egypt, which was set to be signed Tuesday night.

While Hamas agrees in principle to an agreement based on a mutual ceasefire and large-scale humanitarian aid to Gaza, it would not accept Israel's demand that the aid transfers be supervised by Mahmoud Abbas' personnel - and especially not by international organizations.

Hamas also demanded that the Rafah crossing between Egypt and Gaza be opened immediately. Israel was not ready to give up on its security demands, nor would it agree to Hamas' demand for a declaration that it "lifted the siege" on the Gaza Strip.

These were hitches that were indeed anticipated on Monday, but which the Egyptians believed could be overcome. Therefore the Israeli delegation to the negotiations remained in Cairo and agreed for a further 24-hour ceasefire.

The afternoon rocket attack was a surprise given that the negotiations had not ended, and it had seemed possible to find common ground and sign the lesser agreement proposed by the Egyptians.

But once the rockets were fired at Be'er Sheva and Netivot, Israel's military and political responses were triggered almost automatically, responses that had been predetermined by Prime Minister Benjamin Netanyahu and Defense Minister Moshe Ya'alon, in consultation with IDF Chief of Staff Benny Gantz.

The military response came in the form of immediate air strikes on targets in the Gaza Strip, alongside a political decision to recall the Israeli delegation. As stated, Israel has signaled that it will not agree to negotiations under fire, nor will it agree to enter into a war of attrition.

The IDF use all of the might at its disposal to ensure that such a war does not erupt, even if it means a new ground incursion in the Gaza Strip.