Daniel Tregerman, first Israeli child victim of Gaza rockets, laid to rest; 'I find solace in the fact that you were a loved and happy child until your last minute,' mother says; President Rivlin: We knew terrorists had no regard for blood of their children, would not spare our own.

Four-year-old Daniel Tregerman, the first Israeli child to be killed since the beginning of Operation Protective Edge, was laid to rest Sunday morning after being killed Friday afternoon when a mortar fired from Gaza struck his kibbutz in the Sha'ar HaNegev Regional Council. 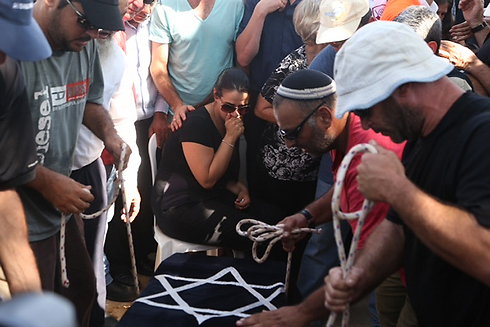 Gila, his mother, spoke at the ceremony, and said, "Daniel my sweetheart, I cannot believe I am here now, saying goodbye. We were the happiest family in the world, and I just cannot come to grips with it. We wanted to say thanks, you taught us how to love and you gave us some much joy. I find solace in the fact that you were a loved and happy child until your last minute. 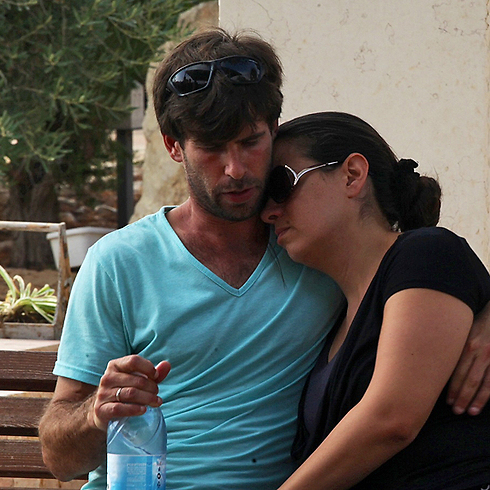 "We wanted to protect you but even the code red siren failed to save you. You would always run first and call your little brother (to the shelter) and then in a second it ended.

"We don't want to say goodbye. You are the love of my life, the perfect child, every parent's dream: Smart, sensitive, ahead of his age group and beautiful, so beautiful." 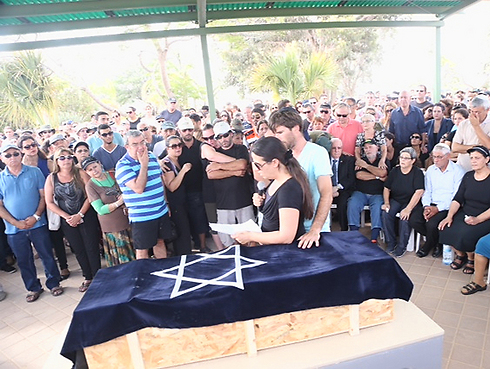 President Reuven Rivlin also attended the ceremony, and said "We dreaded the moment more than anything. We saw preschools suffer hits and abandon bikes and we knew the terrorists have no regard for the blood of their children would not spare our own." 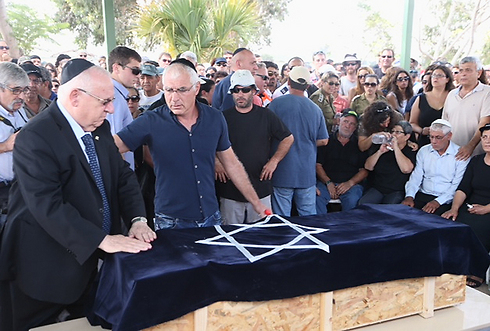 "He was too young to cross the street by himself because it was dangerous, but old enough to know the Code Red siren means because that too is dangerous; he was stilling learning the alphabet but knew the difference between a shelter and mortar, between an interception and a hit, between birds chirping and the rockets shrieking.

"I think of a flower growing here, with its stem being cut. Cut be an evil hand, cutting a life and smile that will never be seen again. I think of a mother and father, and brother and sister who lost their sibling, their son. They lost you Daniel, the most precious of things in the world." 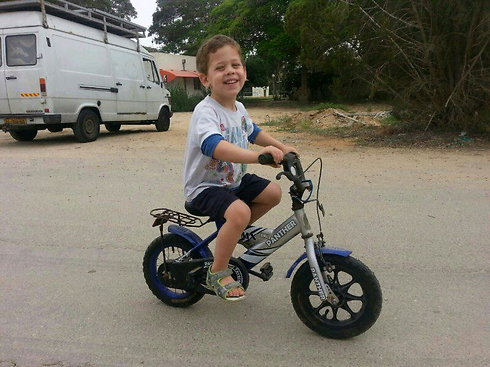 “We are with you in deep mourning,” said Alon Shuster, head of the Sha’ar Hanegev Regional Council at the funeral. “Here in this painful place, we are waiting for another day, a day where children can play in their yard and bomb shelters can be just another room. So many children made it to the bomb shelter and Daniel didn’t make it; we will do all that we can so that life will go on.”

Shuster also quoted the Talmud saying, “The land of Israel is acquired through suffering.” 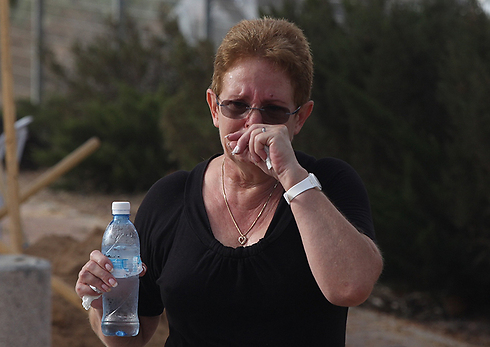 “As a mother, this tragedy is shocking,” Orit Zadikevitch from nearby Kibbutz Kfar Aza told Tazpit News Agency. “When a mortar shell strikes our area, the distance that shrapnel pieces can reach is far and can be deadly,” she told Tazpit. 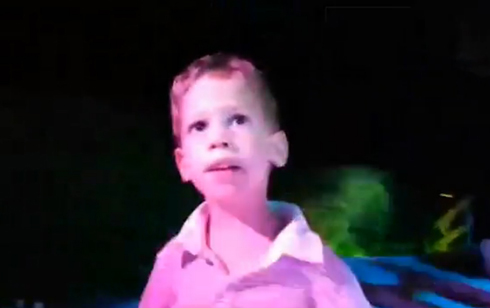 Tregerman's parents Gila and Doron, had left their home in the south due to constant rocket fire from Gaza, but decided to return just a few days ago partly on the promise of security officials, including Chief of Staff Benny Gantz who said that residents of the south would be safe.

Then the ceasefire with Hamas collapsed into violence and rocket fire on Tuesday and the Tregerman family found themselves at the wrong place at the wrong time.

The whole Tregerman family was at home when the mortar was fired on Friday. The children played and the parents made plans to leave the kibbutz later in the day.

When the code red sirens sounded, the parents sprung into action and got their two youngest children into their shelter, but Daniel was still outside when time ran out, and the mortar struck. The 4-year-old was critically wounded and died shortly afterwards.

Gila Tregerman is the spokesperson for the Merhavim Regional Council and Doron works as a landscape architect.

Michal Shaban Kotzer, the spokesperson for the Sha'ar HaNegev Regional Council said that she has known Gila for years as a colleague.

"This is a very sad and very difficult occurrence. I saw her a few moments ago. I gave her a big hug, that's all I could do. That probably isn't very consoling."

Security officials reported later in the evening that the mortar had been fired from within an UNRWA school in Gaza.

also contributed to this report.