Making a weakened Israel into a political powerhouse

Op-ed: Only by shrugging off its inertia and going full steam ahead on a diplomatic solution with the Palestinians can Israel rescue itself from the disaster of the recent fighting in Gaza.

The ceasefire with Hamas has left the Israeli public frustrated. The political leadership chose not to defeat Hamas militarily, but rather settled for a serious blow to the network of attack tunnels and massive air bombardment that damaged the organization's infrastructure and caused massive destruction in the Gaza Strip.

Nevertheless, even now Hamas has the power to threaten our communities all the way up to the outskirts of Haifa. The Israeli public, which bore the burden and granted large license to the political and military echelons, expected a different ending. What we got was disappointing and leaves what some may even call a sour taste in the mouth.

In the coming days we will probably all be subject to a massive campaign. We will hear explanations that the IDF dealt a fatal blow to Hamas; they will try to convince us of miracles and wonders and that – in the words of Defense Minister Ya'alon - "we seared the consciousness" of Hamas. According to this logic, Hamas will be too scared to enter into any future entanglements with the IDF, given the brutal punishment we just meted out.

I have no desire to interfere with the "triumphant" official explanation, but my experience in fighting terrorism has taught me that the human consciousness is not something onto which one has to etch just one irreversible time. Those who still insist on sticking to this ideal should honestly examine just how we have "seared the consciousness" of a whole host of Israel's enemies - and how burnt the minds are of the many Israelis who watched entire towns in the south empty of their inhabitants. 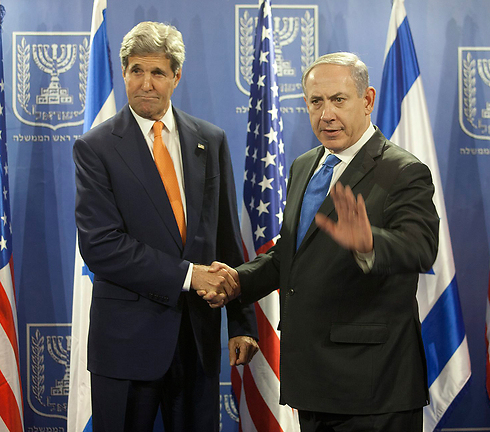 Regrettably, the lack of a firm victory in Operation Protective Edge has seared the image of Israeli weakness into the minds of the leaders of radical Islamic terrorist groups in Syria, Lebanon and Iraq. In their eyes, the Jewish state, with the strongest army and the most sophisticated equipment in the Middle East, was unable for more than 50 days defeat a terrorist organization that controls the a limited territory. And these days, with the threat of radical Islamic terrorist groups at its height, this crystallizing consciousness has far-reaching implications.

It should of great interest to the State of Israel to end the conflict in Gaza as fast as possible, while taking proactive measures and initiatives that will drive us to a political settlement. But the problem is that taking the initiative is not the favored path of the political and military leadership spearheading the current conflict. There are probably two types of possible initiatives, and it would extremely desirable to combine them.

One option, which has led to countless words being disgorged and is now irrelevant, was a military ground operation to give Hamas at the very least a sense of its imminent collapse, if not more. As I have said before, this could be done without occupying the Gaza Strip.

The remaining possibility is somewhat outside the box; viewing what is happening in our region from a strategic perspective, one can understand that the war in Gaza is a relatively small event in light of the challenges posed by other regional events. In the current situation, one must take meaningful political initiative, be surprising and daring, and turn this crisis into a regional opportunity. In this situation, one must soberly consider the courageous alternatives that Israel rejected in the past.

The time has come to dust off the Arab peace initiative, update it and make it into a surprising massive regional process, which gradually resolves - while providing significant security guarantees for Israel - the conflict with the Palestinians.

Such a move would involve both the State of Israel and the Arab nations that share many common interests: concerns over a nuclear Iran; fear of the threat of radical Islamic fundamentalism; and the worries over the growing instability that the Arab Spring brought to the entire region. On the international level, such a move has a good starting point: Saudi Arabia, Egypt, Jordan, the Gulf Emirates, the EU, United States and possibly other countries in the world are likely to support this initiative and help it progress. 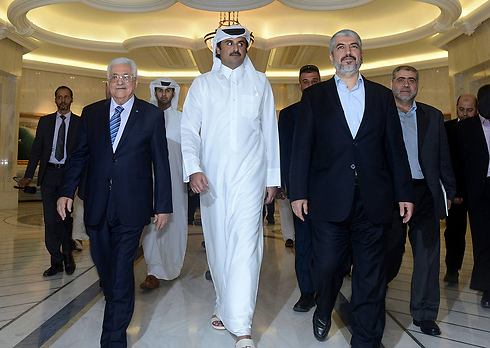 It will not be at all simple, but this is the right way not only to move Israel toward regional reconciliation, and not only to take advantage of a geopolitical reality that is convenient for Israel, but to gradually chip away at the ground under Hamas' feet in the international, Arab and Palestinian arenas, and force it to make important decisions.

In the face of an agreement supported by the world in general and the Arab world in particular, including Hamas' patrons, would make Hamas into a terrorist organization rebelling against a legally recognized government that has signed a peace agreement with Israel. Under such conditions, it would be far easier to isolate and weaken Hamas.

If we can help the economy of the West Bank to flourish, an alternative reality will emerge in front of the residents of Gaza that is far more magical than the one provided by the Hamas government. This will also contribute to the continued weakening of the organization, not only militarily but also politically. Hamas is an organization to whom Arab and international legitimacy it is very dear, and this will it require and even demand of it to display a certain amount of political pragmatism. I am not deluding myself into thinking that the organization will change its fundamental values, but like other political-religious movements, it can also reject those values for a more convenient stance when necessary.

The tragedy of Israel is embodied by its current government, which cannot take advantage of the opportunity and rise to the challenge. Under this government, we can only prepare for the next round of violence against Hamas. The lack of courage on the part of the leadership to set far-reaching goals other than a military campaign against Hamas becomes a lack of courage to start a political process to break the stalemate in the diplomatic arena.

Israel today is led by a flaccid leadership and a coalition that dictates political paralysis. Under these circumstances, only a far-reaching diplomatic initiative will allow Israel to transform the conflict with Hamas from a tactical draw between a strong state and a terrorist organization into a strategic knockout.