Controversial British MP George Galloway who declared city in UK 'Israel-free zone' taken to hospital suffering suspected broken jaw after he was assaulted in a London street; MP's spokesman says assailant 'shouted about the Holocaust' before beating him.

George Galloway, a British lawmaker known for his anti-Israel positions, was taken to a hospital with a suspected broken jaw after he was assaulted in a London street.

The Respect Party MP for Bradford West sustained a suspected broken rib and bruising to his face in the attack which occurred on Friday evening as he posed for pictures with people in the Ladbroke Grove area. 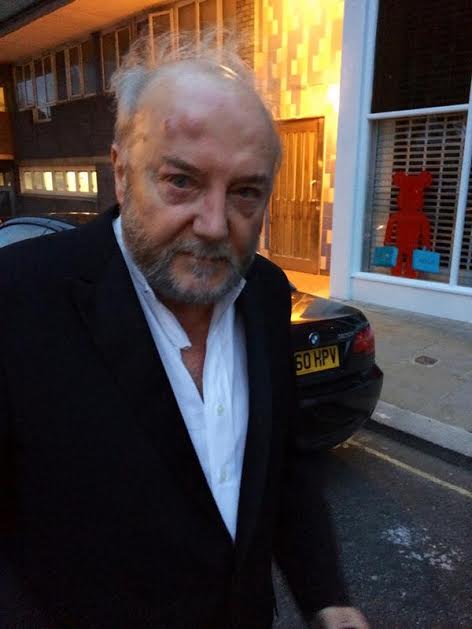 A man shouted a comment about the Holocaust and attacked the MP, the 60-year-old's spokesman said.

"George was posing for pictures with people and this guy just attacked him, leapt on him and started punching him," said the spokesman.

"It appears to be connected with his comments about Israel because the guy was shouting about the Holocaust." Galloway was interviewed by police earlier this month following a speech in Leeds in which he claimed Bradford was an Israeli-free area.

Galloway was questioned voluntarily following complaints made after he urged his constituents to boycott Israeli goods, services, academics and tourists in a speech he made on August 2. His spokesman said he cooperated with police.

Galloway had described himself as being in "pretty bad shape" following the assault Friday, the spokesman said.

A Metropolitan Police spokesman said: "Police were called at approximately 1940 hours to Golborne Road, W10, after a man was assaulted in the street. "Officers attended. The suspect was found a short time later and stopped. "He was arrested on suspicion of ABH (actual bodily harm) and taken to the south London police station where he remains."