150 friends and acquaintances scanned the web for any mention of his roots and had it removed; Sotloff family mourns, challenges ISIS leader to a debate on the peaceful teachings of the Koran.

Dozens of friends and acquaintances of journalist Steven Sotloff, who was executed by ISIS, worked together over the past year to remove any mention of his Israeli citizenship and Jewish roots in an attempt to save his life.

The worldwide network of friends included over 150 members, speaking 20 different languages, who scanned every post Steven has made on Facebook or Twitter and removed any mentions of his Israeli or Jewish connections.

The operation to save Steven started shortly after his kidnapping in Syria in August 2013 after he drove across the border from Turkey. Among other things, articles he wrote for the Jerusalem Report and other magazines have been deleted, and any details of his identity on the web have "disappeared" - this to protect the journalist from his kidnappers, due to the concern his Israeli and Jewish roots could make his conditions in captivity even worse. 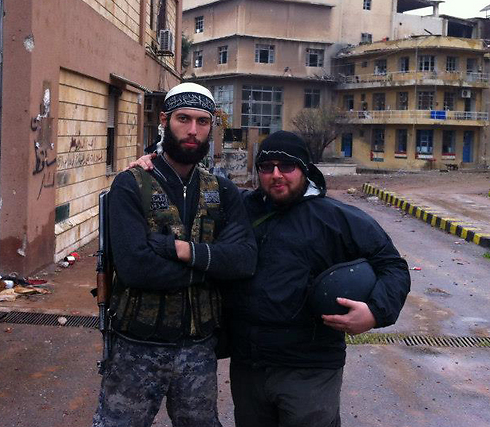 Sotloff with an Islamist fighter.

Ther Islamic State, which has captured territory in Syria and Iraq, released a video on Tuesday of Sotloff being beheaded. US officials confirmed its authenticity on Wednesday. President Barack Obama vowed to "degrade and destroy" the group.

After ISIS released the video of Sotloff's beheading, the details of this wide-reaching operation to hide his full identity were finally revealed.

"We had two missions: To locate all of his friends worldwide - and he had many - and make sure they don't talk to journalists. In addition, we had to convince journalists who were writing about him to cooperate with us and remove any connection between him and Israel or Judaism, so his ISIS kidnappers don't find out his background," one of the friends said.

According to one of Sotloff's acquaintances, the media realized the danger in reporting on this information and had obliged their request. "We've found articles on the internet mentioning Steven's Jewish roots and we reached out to reporters and editors. We managed to remove a mention from the New York Times, we got a lot out of newspapers in Florida. We've spoken to editors and journalists who agreed to protect Steven's life," the friend said. 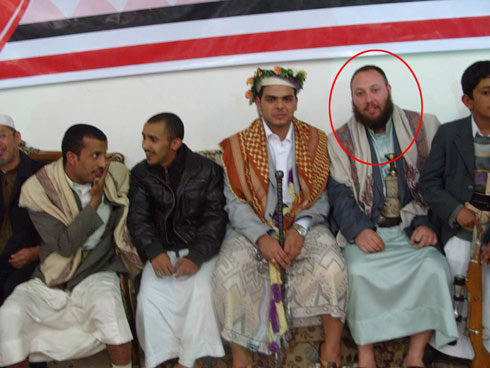 The journalist's friends said the media did its job well. "On the one hand, its role is to provide information to the public, and on the other hand we've asked them to protect Sotloff's life," the friend said. "We found out journalists care, and they helped us protect Steven. The entire world was a part of our bond of silence." Shortly after Sotloff was taken, administration officials in Washington advised the family to keep quiet, not to talk about his disappearance and remove any mention of his Jewish background from the internet.

"From the day the family was told by the administration to maintain secrecy, and not to talk about Steven Sotloff, that was our mission. As far as I know, the US didn't even tell Israel what it knew," the friend went on to say. 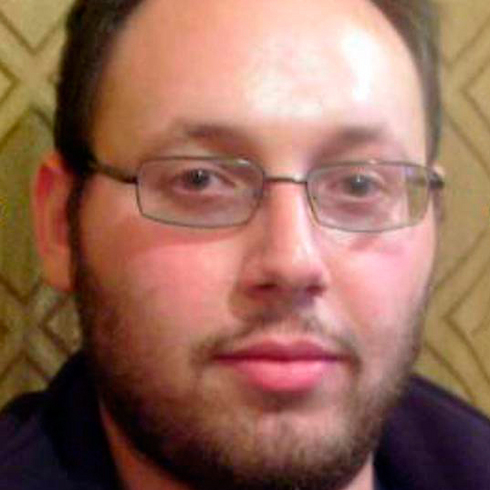 Steven Sotloff (Photo: Reuters)
This was a part of lessons learned from the kidnapping of Daniel Pearl, a Jewish reporter from the Wall Street Journal, who was murdered by his abductors in Pakistan. After the news of Sotloff's kidnapping in Syria broke, a New York Times story reported the journalist was a grandson of Holocaust survivors. The paper learned of the connection from Sotloff's mother's biography. The mother, Shirley, was a teacher at a synagogue. But thanks to Sotloff's network of friends, this information was removed from the Times' website. Later on, Sotloff's Facebook account also disappeared.

"We had information ISIS was not aware of Steven's Jewish background, and certainly unaware of his Israeli citizenship - this is what we were told by other journalists who were with him and were released. He was killed because of his connections to the West and his American citizenship, not because of his ties to Israel." 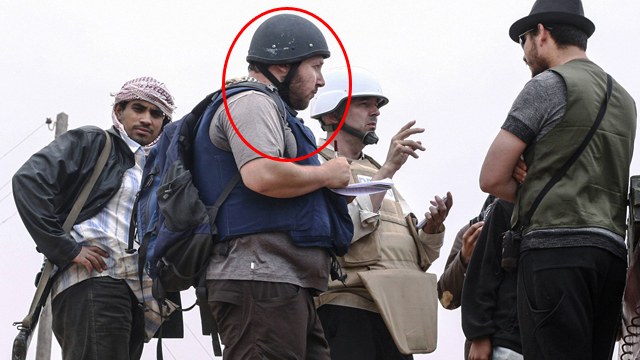 Sotloff's family said on Wednesday he was "a gentle soul," and challenged ISIS' leader to a debate on the peaceful teachings of the Muslim holy book, the Koran.

Barak Barfi, a friend of Sotloff who is serving as family spokesman, began a prepared statement from the family in English, remembering the slain journalist as a fan of American football who enjoyed junk food, the television series "South Park" and talking to his father about golf.

The 31-year-old Sotloff was "torn between two worlds," the statement said, but "the Arab world pulled him."

"He was no war junkie ... He merely wanted to give voice to those who had none," Barfi said outside the family's one-story home in a leafy Miami suburb. 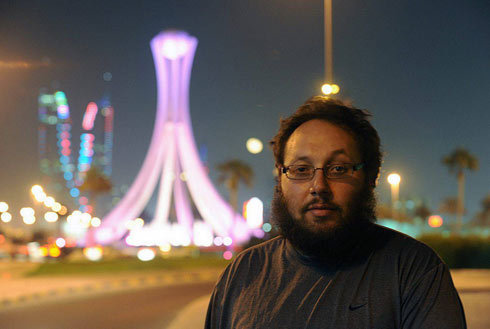 Barfi ended the statement with off-the-cuff remarks in Arabic, saying "Steve died a martyr for the sake of God."

He then challenged Islamic State leader Abu Bakr al-Baghdadi to debate Islam, saying, "Woe to you. You said the month of Ramadan is the month of mercy. Where is your mercy?"

"God does not love the aggressor," added Barfi, who is an Arabic scholar and research fellow at the New America Foundation think tank in Washington.

He went on, "I am ready to debate you with kind preachings. I have no sword in my hand and I am ready for your answer."

Sotloff was a freelance journalist who traveled the Middle East writing for the magazines Time and Foreign Policy, among others.

"Steve was no hero," the family said in its statement.

"Like all of us, he was a mere man who tried to find good concealed in a world of darkness. And if it did not exist, he tried to create it. He always sought to help those less privileged than himself, offering career services and precious contacts to newcomers in the region." 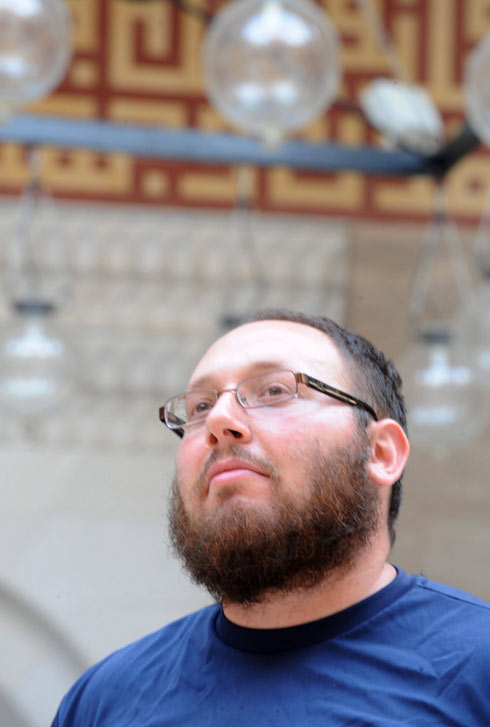 He grew up in the Miami area and studied journalism at the University of Central Florida.

Sotloff "yearned for a tranquil life where he could enjoy Miami Dolphins games on Sunday," his family said.

"This week we mourn," it added. "But we will emerge from this ordeal ... We will not allow our enemies to hold us hostage with the sole weapon they possess - fear."

The other American hostage killed in recent weeks in retaliation for US air strikes against Islamic State forces in Iraq was journalist James Foley, who was shown being beheaded in a video released on August 19.