Syrian Rebels in Quneitra near the border with Israel

Shell fired in fighting between Assad forces and rebels on Syrian side of Golan Heights falls inside Israel; IDF says it sees the Syrian army as responsibile for any rocket fire towards Israel.

The IDF fired a Spike (Tamuz) missile at a Syrian army position on Thursday in response to a stray projectile fired from the neighboring country that hit the Israeli Golan Heights earlier in the day. A direct hit was confirmed.

A rocket siren was sounded Thursday afternoon in the northern Golan Heights. A projectile from fighting in the Syrian civil war fell in the Golan Regional Council, north of the community Ortal. The IDF was still searching the area for any additional rockets that may have fallen on the Israeli side of the border.

In a statement, the military said it appeared the shooting from Syria was "errant fire" from battles between forces loyal to Syrian President Bashar Assad and rebels trying to topple him.

The IDF did not say what type of it carried out. The Syrian Observatory for Human Rights said it was an air strike on a Syrian army base on the Golan. There were no immediate reports of casualties from either side.

"The IDF sees the Syrian army as responsibile for any rocket fire towards Israel," the army said in a statement. 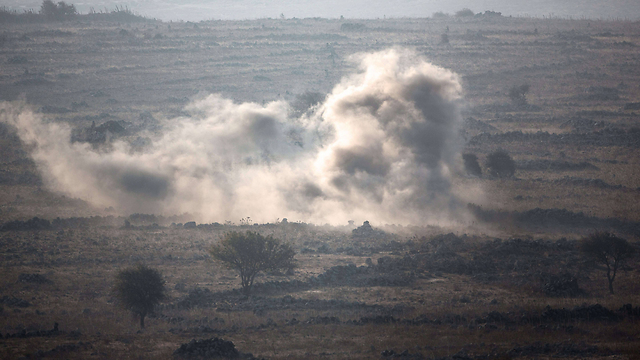 The fighting in Quneitra as seen from the Israeli side (Photo: AFP)

Such fighting, now in its fourth year, has often spilled over into Israeli parts of the Golan Heights, territory Israel captured from Syria in the 1967 Six-Day war.

Syrian opposition sources said Thursday that the fighting is focused in the southern outskirts of Quneitra after fighting in the city itself and the rebels' take over of the border crossing.

On Sunday, an Israeli Patriot missile shot down what the military described as a Syrian drone over the strategic plateau.

Three days ago, heavy fire exchange was reported in the Quneitra area between forces loyal to President Bashar Assad and rebels fighting to overthrow him.

Islamist fighters last week overran a UN-controlled crossing point on the "disengagement line" that has separated Israelis from Syrians on the Golan Heights since the 1973 Yom Kippur War.

The fighters then turned against UN blue helmets from a peacekeeping force that has patrolled the zone since 1974. After 45 Fijians were captured on Thursday, 72 Filipinos were besieged by militants at two other locations for two days before the peacekeepers escaped.

Assad regime-affiliated newspaper Al-Watan reported the Syrian army was preparing to take back the Quneitra border crossing from the Nusra Front rebels. The militants are still holding the 45 Fijian members of the United Nations' UNDOF Golan Heights force. 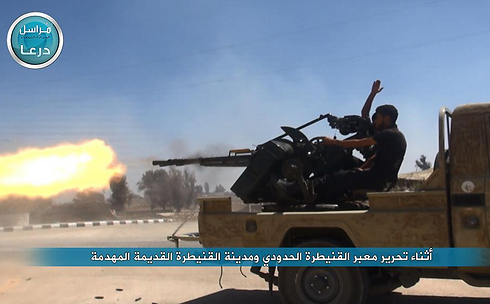 Last Saturday five rockets were fired from Syria at the Golan Heights, three of them landed near a community. There were no injuries, but damage was caused to a power line which led to short-term power cuts.

A day before, at least one rocket was fired from south Lebanon and hit an empty house at a community in the western Galilee. As a result, 20 people arrived at the hospital in Nahariya suffering from anxiety and three were lightly injured including an eight-year-old girl who had a massive laceration on her head after roof tiles fell on her head. 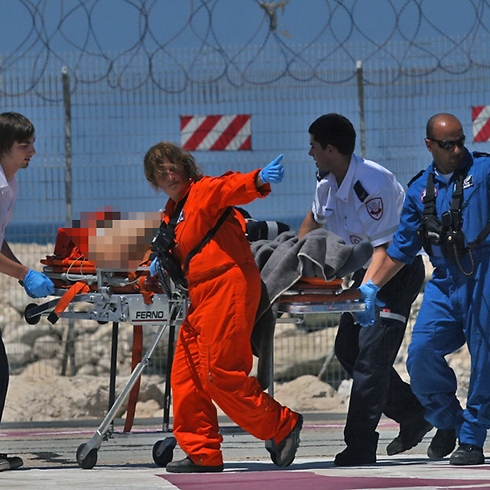 A week ago a 52-year-old man was lightly injured when a tank shell from the fighting in Syria hit a kibbutz in the northern Golan Heights. The injured man was evacuated to Katzrin where MDA paramedics gave him initial medical treatment and afterwards was taken to the Ziv Medical Center in Safed.