Gaza-border residents: Terror tunnel reconstruction is cause for war

Less than two weeks after Operation Protective Edge officially ended, and mere days after the majority of Gaza-border residents returned to their homes, a senior Hamas source declared that Hamas has renewed its tunnel-digging operations. Though the Palestinian source did not elaborate, and despite an Israeli source claiming in response that there was no basis for such a declaration, the Gaza-border residents maintain that the Netanyahu administration has not definitively ended the threat posed by the Hamas attack tunnels. The head of the Hof Ashkelon Regional Council, Yair Farjoun, said "the continuation of the tunnel-digging towards our communities is a cause for war." 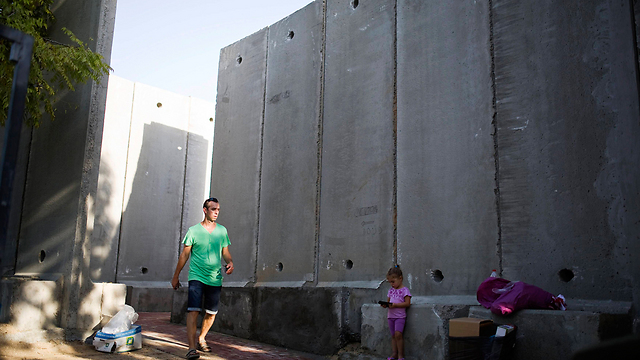 Daniel Metri, a Kerem Shalom resident, said he was not surprised by the Hamas statement. "We knew we didn't finish the work. Do we not know Hamas? Even the kids understand what is going on. We are preparing for the worst and maintaining our preparations. We are vigilant. We know there is no calm."

Metri emphasized that "it is not secret that families with children are worried. We trust the military, the government – not so much." 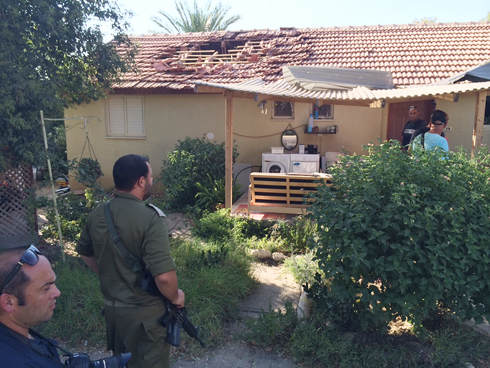 Direct hit on Gaza-border house (Photo: Roi Idan)
Danny Cohen, a resident of Ein HaShlosha, said most of the southern residents feel they are trapped in limbo. "A tunnel is built in a year or two; it is not a simple endeavor. We trust the military. But the government is a whole other story. There is a great disappointment from how these residents were treated during the operation." Another resident of southern Israel, Shimon Azulay, said many people believed that Hamas began rebuilding the tunnels the moment the operation ended. "Nothing is over. Throughout the war we saw that Hamas does not stand up to its commitments. I did not understand why the operation ended and why it ended as it did." 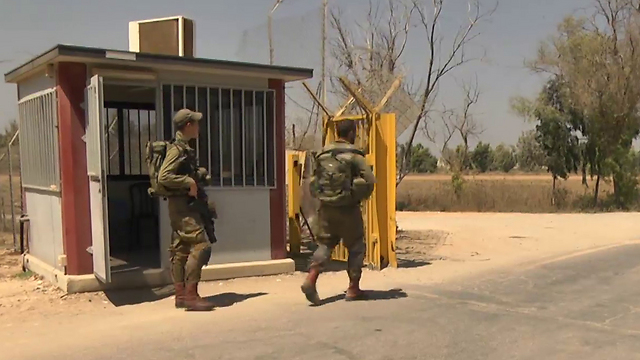 IDF personnel outside Nahal Oz (Photo: Roi Idan)
Azulay stressed that the Gaza-border communities felt trapped. "If we are going for another round, we need to strengthen our society and our communities – we do not see that happening. The end of the operation surprised us, we're still furious."

A resident of Kfar Aza, Batia Holin, said that the Hamas statement "could drive away those who were considering whether or not to stay near the Gaza border. It will be impossible to convince people to stay in their communities when the tunnels still pose a threat."