Now, more than ever, the odds of Israel giving up the Golan for peace are slim as the situation in Syria continues to deteriorate: 'UNDOF is there to oversee an agreement between Israel and Syria, but in practice there is no Syria anymore.'

For four decades, a multinational United Nations mission has quietly monitored the sleepy Golan Heights - providing a symbol of stability between bitter enemies as it enforced a truce between Israel and Syria.

But as Syria has plunged into civil war and the peacekeepers themselves have become targets of al-Qaeda-linked rebels, the UN observer force has begun to fall apart, leaving its future - and the prospects for ever establishing peace in this rugged area of the Middle East - in doubt.

Since Israel seized the Golan Heights from Syria in the 1967 Six-Day War, a withdrawal from the strategic plateau was seen as the key to any peace agreement. But as Syria continues to disintegrate, the odds of Israel giving up the Golan - never a popular prospect among Israelis - appear to be dimming by the day.

The downfall of the international mission known as UNDOF is a vivid illustration of the uncertain situation across the border - and in the eyes of many Israelis, it underscores why they can never relinquish the Golan.

The force suffered its latest blow earlier this month when the al-Qaeda-linked Nusra Front seized the strategic Quneitra border crossing from UNDOF, sent a contingent of Filipino peacekeepers scrambling for safety in Israel and took 45 Fijian peacekeepers hostage. 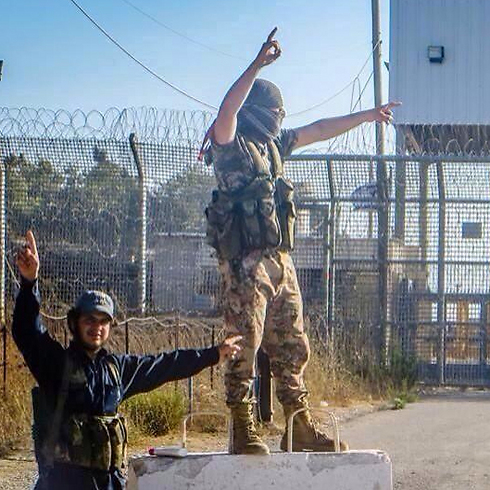 Jabhat al-Nusra militants after taking over the Quneitra border crossing

Although the Fijians were released unharmed two weeks later, it was the fourth abduction of peacekeepers since March 2013, and several countries have withdrawn their troops from the mission.

The 1,200-strong UN force is now mostly huddled inside Camp Ziouani, a drab base just inside the Israeli side of the Golan Heights. Its patrols along the de facto border have all but ceased, the road to the nearby Syrian town of Quneitra is blocked by barbed wire, and the fields opposite the base are blackened by fires set off from wayward mortar rounds launched from the Syrian side. 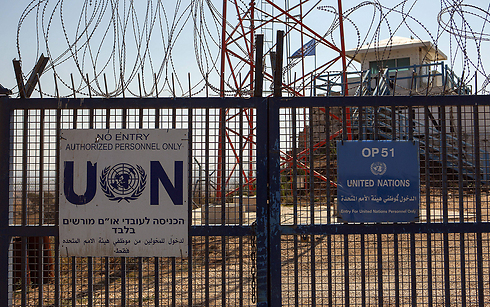 The entrance gate to the UN base in Quneitra

With Syria in tatters, UNDOF's viability is now in question. "Their mandate is just not relevant anymore," said Stephane Cohen, a former Israeli military liaison officer with UNDOF. "They are there to oversee an agreement between two countries - Israel and Syria - and in practice there is no Syria anymore."

That endangers a status quo that - despite a formal state of war between Israel and Syria - is widely regarded as convenient. Since the aftermath of the 1973 Yom Kippur War, the Golan has been the quietest of Israel's front lines, a place of hiking trails, bird-watching and winery tours. Constantly looming in the background was the prospect of the Golan eventually returning to Syria as part of a peace accord.

A plateau that looms over northern Israel, the Golan is considered by Israelis to be vital to their security. Lush and verdant for much of the year, it boasts the snow-capped Hermon Mountain and the country's only ski resort. The attachment to the Golan is such that Israelis tend to hardly view it as occupied - and, indeed, the area, unlike the West Bank, has been formally annexed.

Despite this, the sides have been negotiating on and off for much of the past two decades, and even reportedly came close to a deal in 2000. Indirect talks between Israel and Syria took place as recently as six years ago. Underpinning that ambition was the sense that peace with Syria would yield significant benefits in terms of Israel's legitimacy in the region - and that President Bashar Assad's government would be a strong partner capable of enforcing the peace.

That seems like ancient history now, with Assad's forces bogged down in an intractable civil war that has already killed at least 190,000 people. Israel has largely stayed on the sidelines of Syria's conflict. But Israeli leaders appear increasingly nervous about the possibility of al-Qaeda-affiliated rebels occupying the high ground over northern Israel. 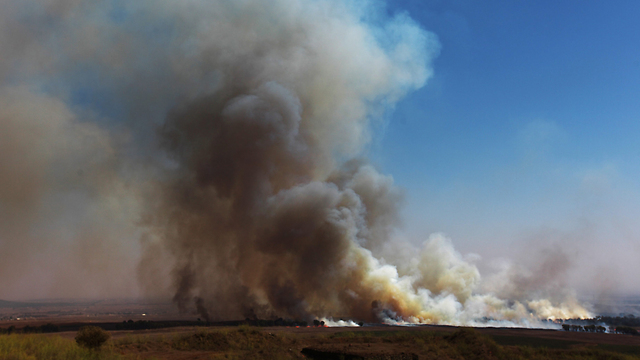 A shell bombing at the Israeli side of the border following Syrian overspill (Photo: EPA)

That prospect has pushed the notion of a future Israeli withdrawal from everyone's mind, said Eyal Zisser, a Syria expert at Tel Aviv University. All Israel can do now is "sit quietly, keep our distance and hope," he said.

The IDF would not comment about its deployment, but officials say it is the most robust since 1973. The most obvious manifestation is a new 6-meter (20-foot) tall border fence topped with barbed wire and bristling with sophisticated anti-infiltration devices.

The traditional flock of tourists has slowed considerably and one of the main draws these days is a front row seat to watch the fighting taking place inside Syria. Atop scenic Mount Bental, Israelis and foreigners gawked one recent day as the sound of a large explosion echoed across the way, sending up a large plume of smoke in the distance.

Having abandoned their vulnerable positions inside Syria, UN observers have also retreated to the mountaintop lookout. A pair of uniformed soldiers observed the situation from the Israeli side using a long-range scope. UN officials say they remain committed to maintaining the force. 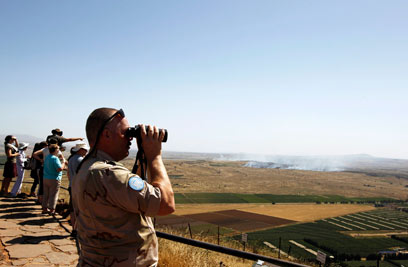 UNDOF solders at the Israeli-Syrian border watching the battles in Quneitra (Photo: Reuters)

The new reality is perhaps most jarring for the Golan's 22,000 Druse residents, who have found themselves trapped in the middle. Followers of an offshoot of Islam, the Druse have mostly continued to identify as Syrian even after years of Israeli rule that has seen them become fluent in Hebrew.

They still have relatives in Syria, and the Quneitra crossing has served as a direct channel to Syria for students attending university in Damascus and for brides crossing over to marry fellow Druse. Those movements have slowed considerably as the fighting has increased.

The Druse have survived in a turbulent region by typically showing allegiance to their country of residence. Some 100,000 Druse from inside Israel are loyal citizens and have produced senior officers in its military.

Those on the Golan tread a fine line. Unlike their brethren in the rest of Israel, few have taken up citizenship - an option they were offered after Israel annexed the territory in 1981 - and at least in public have backed Assad's regime as their one-day savior.

But over the past three years, opinions have begun to fluctuate, with anger over the high death toll in Syria mixing with concern over the fate of their Syrian relatives and a new realization that their future looks brightest with Israel.

"Most of the residents support the rebellion against the Assad regime but do not support the terrorist groups that have been riding its wave," said Dolan Abu Saleh, the mayor of Majdal Shams, the largest of four Druse towns on the Israeli side of the disputed frontier.

"The truth is that people are happy to be living under Israeli rule and the Golan today is Israeli," he said. "If somehow there is a situation where Syria becomes a democratic state then the residents here will think about being a part of that dream."