Muslims attend a public pray as part of a protest against Islamic State terror in Berlin
Photo: AP

German Muslims condemned the actions of Islamic State in a nationwide day of prayer on Friday and vowed to stem the tide of youngsters heading to join radical militants in Syria and Iraq.

In Berlin, where Friday prayers spilled out onto a busy central street, politicians and non-Muslims joined about a thousand faithful to protest against the radical Islamists. 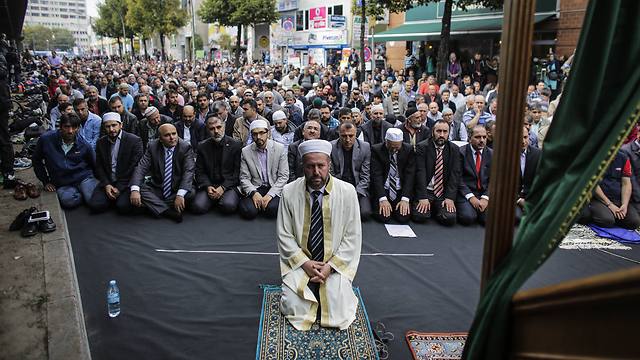 Muslims attend a public pray as part of a protest against Islamic State terror in Berlin (Photo: AP)
They also stressed that the vast majority of Muslims are peaceful, amid continued attacks on mosques and fears of rising Islamophobia.

Authorities estimate 400 Germans have joined IS in Iraq and Syria. Leading politicians have urged the country's 4 million Muslims to be vigilant about IS recruitment, especially on the Internet, where youngsters are increasingly lured not only by calls to join jihad but also by idealistic promises of building a new caliphate. 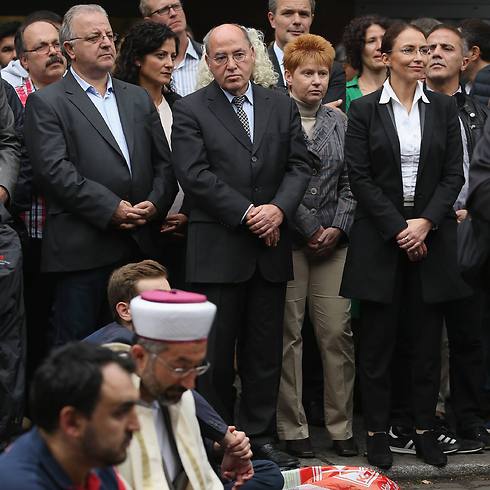 German media has reported that the federal prosecutor is investigating more than 30 young individuals suspected of joining IS militants. Many more people are being monitored by regional authorities over their suspected actions in Syria.

"A Muslim doesn't kill other Muslims," said Mahmod Osman, 23, speaking in Berlin's Kreuzberg district. "(Islamic State) bring shame on themselves, but not on Islam, because they aren't Muslim... Muslims will not accept this, not tolerate this." 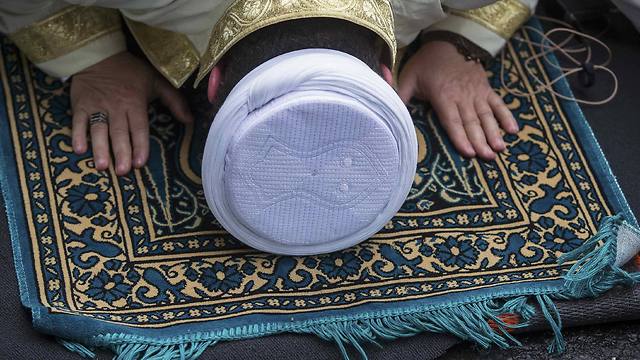 An Imam performs Friday prayers (Photo: Reuters)
Asked about those youngsters heading to join Islamic State, 19 year-old Mustafa K., who preferred not to give his surname, said, "I worry for them, for their families, for Germany, for the world. It is a huge catastrophe." "What we can do is stop a person from joining up. We need to show them other alternatives," he added. The nationwide day of prayer was intended to make clear "terrorists and criminals do not speak in the name of Islam, they have trampled on the commandments of our religion, and that murderers and criminals have no place in our ranks, in our religion," the head of the Central Council of Muslims, Aiman Mazyek, said this week.