Tehran 90210: Rich kids of Iran live out of the reach of the Revolutionary Guard

The sports cars, swimming pools and booze-soaked parties of Iran's young and wealthy is a world away from what we have come to expect from the Islamic Republic.

At first glance, they look like flashy rich kids from any Western country – hanging out by the pool with whiskey glasses in hand, dancing up close to one another in minimal attire, and driving around in luxury cars to the sound of bouncy music.

But these rich kids don't live in Beverly Hills or a prestigious London neighborhood, or even Herzliya Pituach. They live, party and fill the social media websites with photographs of ostentatious wealth, plus a healthy dose of exposed body parts in skimpy bikinis, in fundamentalist Iran – and they do so without fear of the country's Revolutionary Guard Corps or the ayatollahs' so-called thought police. 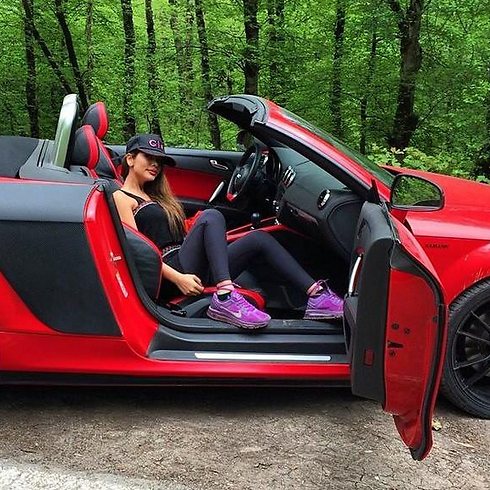 This is the Iran you don't know about, the Iran that hides under the cover of stringent modesty and behind a radical regime that fanatically persecutes homosexuals, severely punishes anyone who breaches the boundaries of modesty, encourages calls for "Death to Israel" and "Death to America," and casts a cloak of religious darkness while obsessively pursuing, outwardly at least, a single goal – the construction of a nuclear superpower. 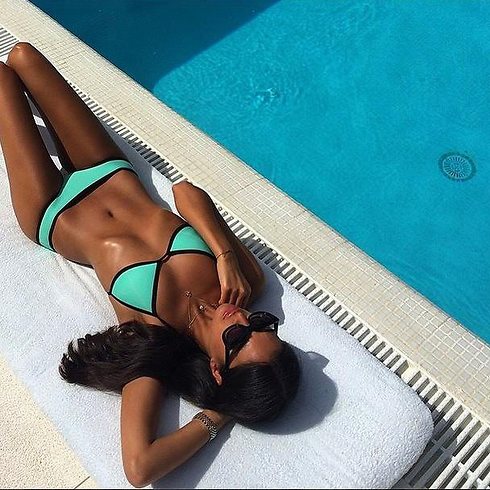 At the very same time the whole world was reporting the blast at an Iranian nuclear site, and the country's supreme leader, Ayatollah Ali Khamenei was offering up his usual rant against Israel and the United States over the weekend, Tehran's rich kids were taking advantage of the sunny weather to rub up against one another in skimpy bathing suits in the pool and throw private parties in the penthouses of the city's high-class apartment blocks and the yards of the capital's fancy villas.

The whiskey and vodka flowed like water, in absolute breach of the Islamic laws in place in the country – and a violation for which others are likely to receive heavy prison sentences, at best, if caught in the act. 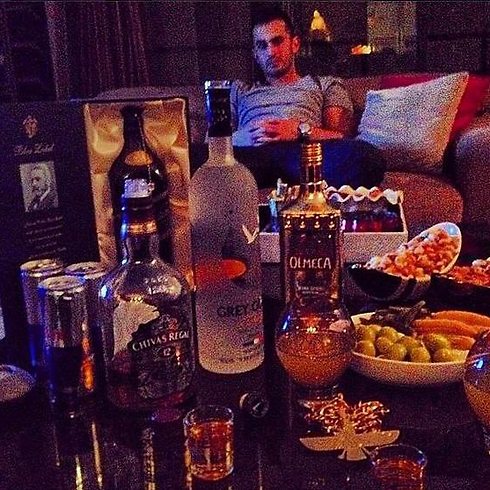 “We made this page to show that Iran isn’t always bad. It is really good," wrote one of the young Iranians who posted photographs of the parties to Facebook. "But some (of the Internet surfers) are messed up and cheap. They write bad things and a lot of people copy our page. But it’s not important … They can suck it." 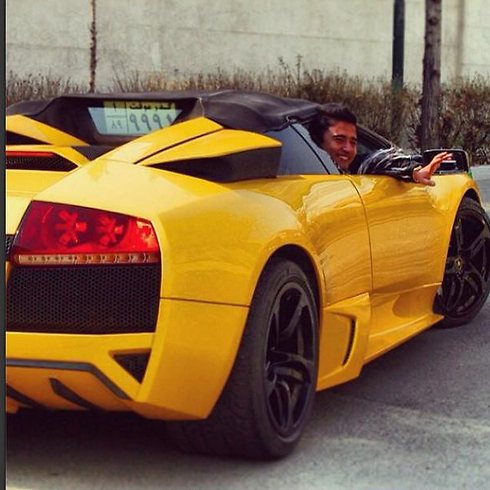 An Instagram account launched a month ago under the same name also documents the life of luxury and lifestyle of the sons and daughters of Tehran's wealthy elite. "There are people who have money and there are rich people. We're talking about a completely different lifestyle," said one of the posts.

This sentence, more than anything else, appears to represent the exaggerated ostentatiousness of the photographs. And it wasn't long before the account amassed some 30,000 followers, who receive dozens of pictures of young women proudly displaying the results of their recent nose surgery, and young men showing off in their shiny Porsches and Lamborghinis in the wealthy suburbs of Elahiyeh and Fereshteh. Most of the young men and women are the children of Iran's business and military elite, and the pictures they post are light years away from the image the country has in the global media and the eyes of most of the public in the West.

An American journalist of Iranian descent wrote a piece about the phenomenon for the Al-Monitor website a few days ago, and confirmed that all the photographs were indeed taken in Iran, and in Tehran in particular. And based on these pictures, Iran appears to have become one of the biggest markets for high-end luxury and sports cars from Europe and the United States – and that the market is booming despite the international sanctions. 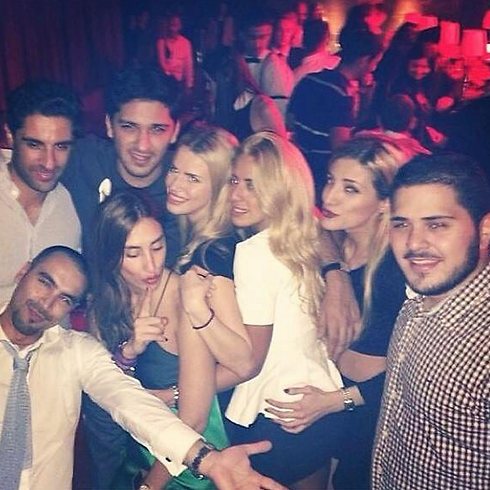 According to The Times, when sports car manufacturer Porsche came out with its classic 911 model two years ago, two Iranian companies with ties to the Revolutionary Guard Corps rushed to order 1,400 of the cars to sell to the thirsty market of Iran's wealthy. Porsche rejected the order, as it had only manufactured 1,911 models. Nevertheless, according to The Economist weekly, Porsche "sold more cars in Tehran in 2011 than in any other city in the Middle East."

Like their peers in the West, these young Iranians are unapologetic for their massive wealth in the form of Maseratis, Ferraris, Rolex watches, expensive whiskeys, plastic surgeries and what appears to be a huge celebration of Western culture in its extreme form.

Together with the Likes and numerous compliments, these 20-something Iranians also come in for a fair amount of flak, and not necessarily from the conservatives – who view the phenomenon as an abomination and would be happy to bury these social media accounts and their creators in a deep, dark hole – but also from regular Iranian citizens who oppose the flashy lifestyle and bad taste. Over the past two years or so, most of the residents of the Islamic Republic have been struggling to survive under the harsh regimen of economic sanctions imposed by the international community on Iran in light of its refusal to forgo its nuclear program.

At first, the sanctions were aimed only at the leaders of the regime; but they have been extensively widened since, and the economic damage has long been unbearable and affects almost all sectors of the population. The only ones to remain unaffected, or so it seems, are the wealthiest one-percenters – those people who hold the reins of industry, the large business corporations, the military and the Revolutionary Guard Corps, and manage to provide their children with a life of luxury while the rest of the country crumbles under the economic crisis.

The Instagram account managers are sensitive to the issue and aware of the storm that broke out in the wake of the flashy photographs. "Every country has its rich and poor," they wrote. "We know that it can be emotionally difficult for some people who don't have the ability to live the kind of life that is documented in the pictures, but you don't have to follow us too." 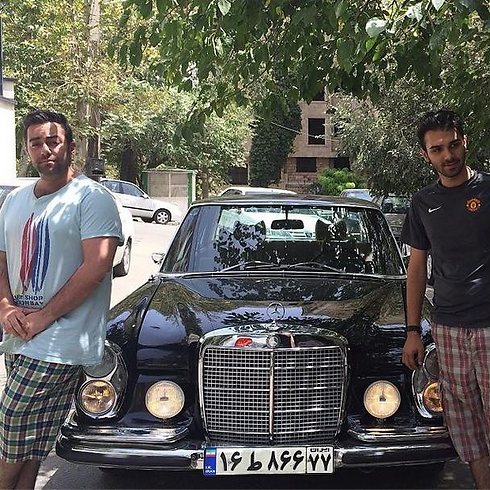 Behind the walls of their homes, The Times reports, the Iranian rich kids also indulge in alcohol and drugs, which they obtain illegally from numerous sources and far from the watchful eye of Big Brother – members of the Revolutionary Guard Corps and other regime officials, those same officials who repeatedly arrest and humiliate young Iranians who don't toe the line in terms of their appearance, clothing or behaviour. Just a month ago, six young Iranians were sentenced to six months in jail and 91 lashings apiece for filming themselves on the roofs of Tehran in a video clip of Pharrell Williams' well-known song, Happy.

Are the regime authorities really unaware of what is going on under their very noses? The answer in all likelihood is no. The pictures raise suspicions that the sons and daughters of Iran's wealthy are immune, too, to the long and oppressive arm of the regime, which may fear a confrontation with the country's tycoons. And thus the rich kids of Iran are able to party on without punishment.

"Everyone knows those people," said a young woman by the name of Sarah who works in the field of computers in Tehran. "Most have fathers who can't be touched. If they get into trouble, the trouble simply disappears by means of the right connections. Others aren't that fortunate."