Package put together by Jewish Agency includes series of programs aimed at helping Gaza area communities recover from past summer's hostilities, thanks to contributions from Jewish Federations of North America, Keren Kayesod-UIA and others.

The Jewish Agency for Israel has put together a NIS 50 million (about $13.22 million) aid package to help the communities of Israel's south recover from this summer's hostilities, thanks to contributions from the Jewish Federations of North America, Keren Kayesod-UIA and other donors.

The aid package includes a series of programs aimed at enabling the communities of southern Israel, particularly those closest to the border with Gaza, to expand their population bases and support a range of groups with an investment of NIS 25 million ($6.6 million).

It also includes NIS 25 million worth of aid extended to the residents of the south during the summer's hostilities.

The Jewish world's support for southern Israel is at the center of the Jewish Agency Board of Governors' meetings, taking place this week in the southern city of Ashkelon and the surrounding area. 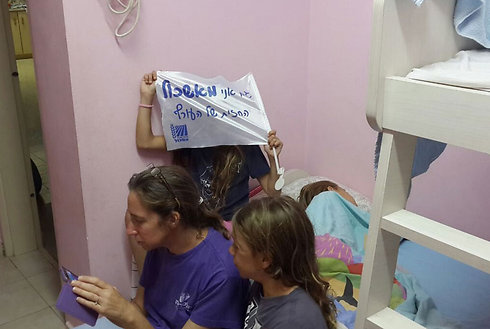 Hundreds of Jewish leaders from around are participating in the gathering, which is being led by Chairman of the Board of Governors Charles (Chuck) Ratner and Chairman of the Executive Natan Sharansky.

The gathering had been scheduled to take place in Mexico but was moved to southern Israel as an expression of support for the region's residents following their difficult summer.

Opening the gathering, Sharansky thanked The Jewish Agency's partners in the Jewish world and said: "This is a continuation of the Jewish world's massive outpouring of solidarity with the people of Israel and the residents of the South over the course of the summer.

"The Jewish Agency built southern Israel, helping the early pioneers establish these towns and communities in the country's early years. During the war, we stood with the residents and channeled the solidarity and support of world Jewry.

"Today, we are partnering with the government of Israel to ensure that this pioneering spirit endures well into the future, drawing ever more people to this area and keeping it strong and vibrant for many years to come. This is the Zionist response to this summer's events, and it is an expression of our commitment to the residents of southern Israel."

Maj. Gen. Shlomo (Sami) Turgeman, GOC of the IDF Southern Command, addressed the Board of Governors at Kibbutz Nahal Oz, one of the Israeli communities nearest to the border with Gaza, saying: "We are fighting for our homes here. Your decision to hold the Jewish Agency Board of Governors' meetings in southern Israel after Operation Protective Edge is a massive source of strength for me personally and for the soldiers under my command." 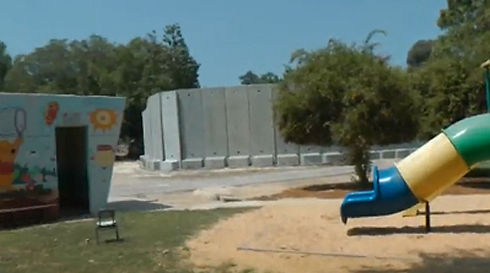 Kibbutz Nahal Oz, one of the Israeli communities nearest to the border with Gaza (Photo: Assaf Kamar)

The aid package being developed includes scholarships for local students, assistance to local businesses, grants for victims of rocket attacks, the construction of bomb shelters, and support for new immigrants and IDF lone soldiers.

These initiatives join a range of programs run by The Jewish Agency during the summer's hostilities, including taking some 75,000 children and teenagers for recreational activities outside the line of fire, thanks to contributions from the Jewish Federations of North America, Keren Hayesod-UIA, and other donors.

In the coming days, the Jewish Agency will present some 1,300 students within four kilometers (roughly 2.5 miles) of the Gaza border with scholarships aimed at offsetting the cost of rent and drawing young people to the area.

The scholarships, funded by the Jewish Federations of North America and individual Jewish Federations, will be awarded to students studying at one of the academic institutions in the area or residing in the region. Each student will be provided with a scholarship of more than NIS 5,700 ($1,500).

The aid package will also seek to strengthen and rescue small and medium-sized businesses whose operations were adversely affected by the rocket fire. The Jewish Agency will run a special loan fund with favorable rates for businesses within 40 kilometers (25 miles) of Gaza, as well as for businesses from throughout southern Israel in the tourism, service, and commercial sectors.

In addition, private bomb shelters throughout southern Israel will be refurbished via The Jewish Agency's sheltered housing subsidiary, Amigour, which has built thousands of shelters in Sderot and other southern Israeli communities in recent years. The project will be fully coordinated with the Prime Minister's Office and the Ministry of Defense.

The Jewish Agency's Fund for Victims of Terror has been extending financial aid to families who experienced injury or loss as a result of the summer's hostilities and whose homes were damaged by rocket fire. The NIS 4,000 ($1,060) grant is presented to each family immediately after the incident in order to enable the family to address its most immediate needs.

In addition to the immediate assistance, the Fund provides supplemental aid of up to NIS 25,000 ($6,600) to families recognized as victims of terror by the Government of Israel.

In the wake of this summer's hostilities, the Jewish Agency has also increased its efforts to connect young Jews to Israel via the hundreds of Jewish Agency shlichim (emissaries) posted around the world and by boosting the number of Jewish Agency Israel Fellows (young Israeli college graduates posted on North American college campuses in partnership with Hillel).