Rocket launched on Friday from Gaza Strip exploded in Eshkol Regional Council; unclear whether incident was deliberate or test launch.

A rocket fired late Friday night from the Gaza Strip exploded east of the border fence, in an open area in the Eshkol Regional Council. Israel's alert systems identified a rocket launch, but did not sound an alarm. No injuries or damages were reported.

The incident marks the second time that a rocket landed in Israeli territory since the end of Operation Protective Edge two months ago. 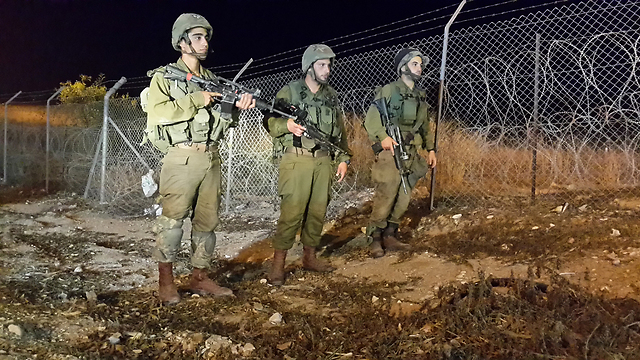 The IDF did not immediately know who was behind the rocket fire, and said that it was investigating the issue. A military spokeswoman said forces were still searching for debris.

Intelligence efforts are currently focused on determining whether the rocket was launched by rogue operatives, despite the ban imposed by Hamas on rocket fire into Israel since the end of the Operation Protective Edge, or whether the incident was a result of a malfunction caused during a test launch conducted by Hamas, as part of its efforts to build up its stockpile of rockets.

The IDF did not return fire towards where the rocket was fired or towards other targets in the Strip.

The cease-fire between Israel and Hamas was first violated three weeks after it came into effect, when a rocket exploded in an open area near the border fence in the Eshkol Regional Council. No injuries or damages were reported in the incident.

In early October, less than a month after the end of the military operation in Gaza, Hamas renewed its short-range rocket tests and launched rockets towards the sea. Last week, sources in Gaza claimed that at least six such tests had been carried out recently.

The rocket fire on Friday came amid rising tension between Israel and the Palestinians in East Jerusalem, which the Palestinians want as the capital of a future state, along with Gaza and the occupied West Bank.

Clashes between Palestinians and Israeli security forces have erupted frequently in the streets of East Jerusalem and around al-Aqsa mosque in the past few weeks.

The Palestinians say Israel is looking to change the delicate status-quo at the compound where al-Aqsa stands, known as Noble Sanctuary to Muslims and Temple Mount to Jews. It is the third-holiest site in Islam and the most sacred in Judaism.

Prime Minister Benjamin Netanyahu has said Israel had no intentions of altering the status-quo by which Jews are allowed to access the compound but not to pray there. The Palestinians are further angered by Israel's moves to expand settlement building in East Jerusalem.

On Thursday Israel shut the holy complex down for almost an entire day as a security precaution, the first full closure in over a decade. Palestinian President Mahmoud Abbas said through his spokesman that the shut-down, along with other escalations by Israel, were "tantamount to a declaration of war".