Gaza cut off from the world as Israel, Egypt close border crossings

The Gaza Strip will be completed isolated from the world starting Sunday after Israel decided to close both the Kerem Shalom and Erez border crossings and Egypt has accelerated its plans to create a buffer zone on the Sinai-Gaza border.

According to the Arabic Sky News channel, the evacuation of the border area to create a buffer zone was sped up after satellite images showed hundreds of tunnels remaining in the area, even after an intense Egyptian campaign to eliminate them.

On the ground, however, the situation is far more complicated and includes, among other things, hasty abandonment of Egyptian Rafah residents, and mounting regional concern of another escalation, a result of further pushing Gaza against the wall.

Egyptian President Abdel Fattah al-Sisi, who has been waging a wide-scale campaign against the smuggling tunnels from Gaza and the raging terrorism in the peninsula, told Kuwait media that "the operation has been proceeding in earnest, where most of the underground tunnels have been shut." 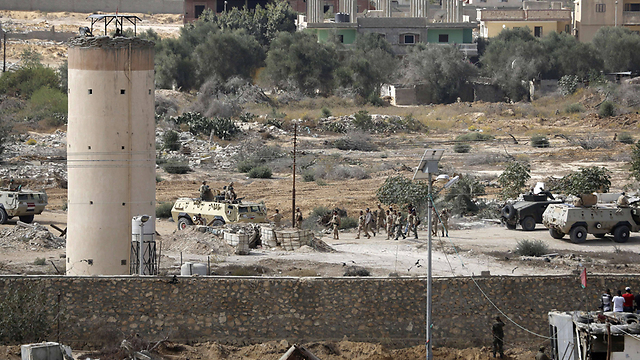 He once again claimed that "the treacherous terrorist operations which we have been witnessing, such as the latest operation that has targeted Karam Al-Kawadis checkpoint, have been backed from abroad," and that the Egyptian army has already managed to kill several terrorists involved in these attacks.

While the Egyptian army has managed to destroy 1,500 smuggling tunnels, satellite images exposed hundreds of additional tunnels - some in Rafah mosques, bedrooms and shops. 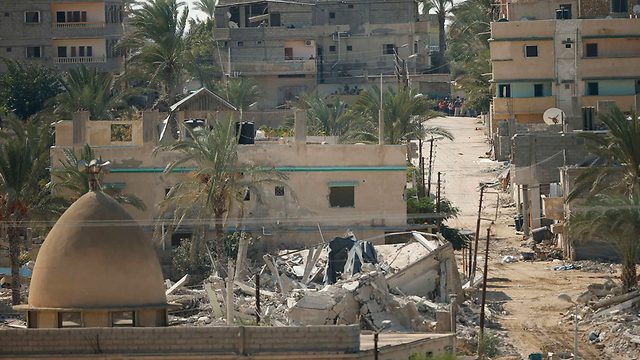 The establishment of a buffer zone in Rafah - a strip of land 14km long and half a kilometer wide - started following a terrorist attack in Sinai that led to the death of 33 Egyptian soldiers. The army began its work on the buffer zone by quickly evacuating and destroying 800 homes, compensating the residents. 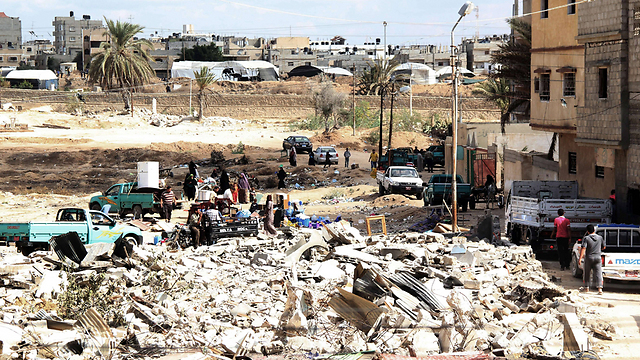 Egyptian Rafah in ruins as the army creates a buffer zone (Photo: AFP)

This move, however, raised the ire of al-Sisi's criticis. In Al Jazeera, the move has been dubbed "banishment." The Qatari TV network affiliated with the Muslim Brotherhood quoted residents and activists who claimed this was the "Egyptian equivalent of the Nakba in '48." 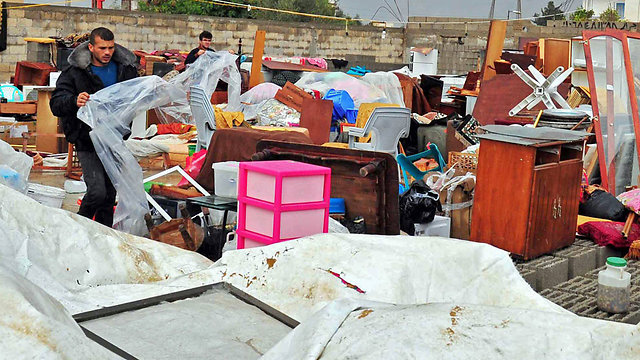 Egyptian state media, on the other hand, focused on the citizen's understanding of the operation. Al-Aharam newspaper wrote that evacuated residents were "standing by the state after the terrorists made their lives hell." 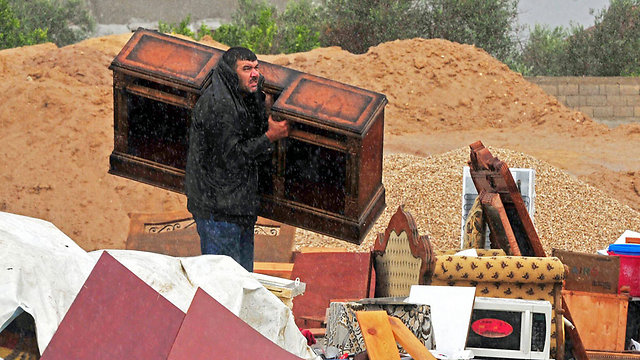 The rocket fire from Gaza to Israel on Friday is viewed by Israel as the first blatant violation of the ceasefire by Hamas. It led to the decision to close both of the border crossings from Israel to Gaza - Kerem Shalom at the south of the Strip, used to transfer goods, and Erez in the north of the Strip, through which people pass - as a way of pressing Hamas and making it clear to Gazans what is the price of rocket fire. 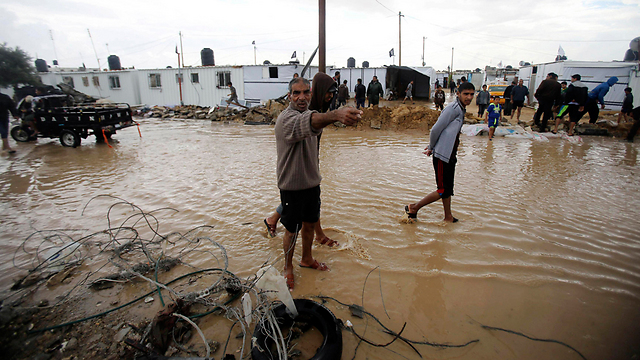 Flooding in Khan Younis following rainy weather (Photo: Reuters)
The Israeli move comes at the height of the transfer of goods, donations and construction materials for the rebuilding of the Strip following Operation Protective Edge.

The Israeli crossings are not the only ones closed, the Egyptians have closed the Rafah border crossing as well, which will leave Gaza completely cut off. Hamas has already turned to Egypt demanding to open the Rafah crossing "to prevent a humanitarian disaster." 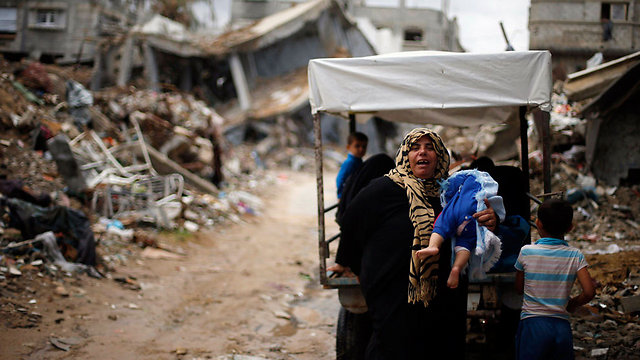 Eastern Gaza City in ruins (Photo: Reuters)
At present it remains unclear who was responsible for the rocket fire over the weekend, as Hamas has been efficiently enforcing the ceasefire, preventing rocket fire even by independent factions. The organization itself is once again conducting experiments inside the Strip, and has launched at least eight rockets, most of them towards the sea, as well as resumed rocket production. It is operating in the midst of a diplomatic void, since the ceasefire talks with Israel have been frozen by Egypt.