At Wednesday's official memorial service for former Prime Minister Yitzhak Rabin, Prime Minister Binyamin Netanyahu responded to the terrorist attack in Jerusalem, stating that the attack was "a direct response to incitement by Abu Mazen and his colleagues in Hamas."

The Prime Minister continued, "We are in a prolonged campaign in Jerusalem, and I have no doubt that we will be victorious. We must unite as a people, not only against Palestinian incitement, but also against the rising tide of Islamic extremism." 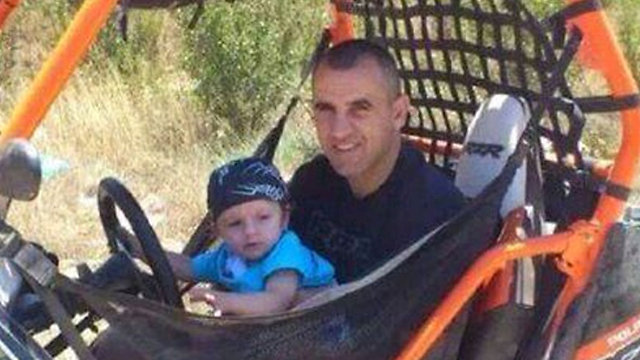 President Reuven Rivlin also addressed the attack in his speech at the memorial service. After expressing his pain and disgust at the incident, he stated that "there can be no absolution" for the perpetrators of such attacks.

He added that those who would pay the price were the terrorists themselves, and their support networks. "We will not cease to build across Jerusalem, to impose law and order, by virtue of our sovereignty," said the president. 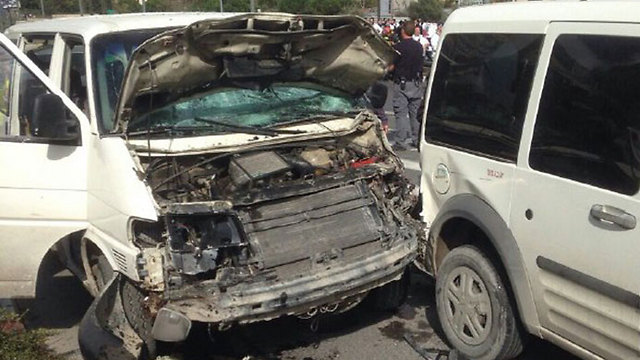 Wreckage at the scene in the aftermath of the attack

He went on to quote Rabin's 1995 address at celebrations marking three thousand years for the city of Jerusalem. In that speech, Rabin asserted that Israelis "have differences of opinion, from the Right to the Left. We disagree over the direction and over the aim. But in Israel, we have no disagreement on one issue – the unification of Jerusalem, and its continued place as the capital of the State of Israel."

Several other politicians also issued statements on the attack. Addressing the international community in a letter, Foreign Minister Avigdor Lieberman stated that the attack in Jerusalem on Wednesday was a result of incitement by Palestinian President Mahmoud Abbas. “A leadership such as the Palestinian Authority, that glorifies and encourages terror, creates a ‘terrorcratic’ entity that only leads to more bloodshed.” 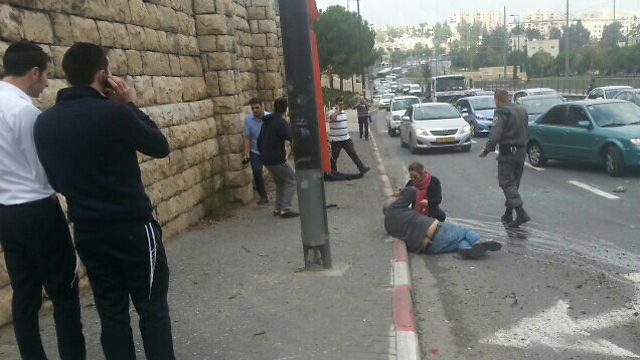 Pedestrians call for help after witnessing the attack

Defense Minister Moshe Yaalon said that "Abu Mazen's inflammatory rhetoric – who on the one hand spouts hate speech and lies about Israel, and on the other praises Palestinian terrorists who attack Jews – is responsible for the bloodshed in Jerusalem."

Yaalon added that "Abu Mazen has not changed and will not change, and he will continue to blacken the name of the State of Israel and incite the Palestinian population against it . . . We will nip Palestinian terrorism in the bud and lay our hands on its perpetrators and dispatchers."

At the scene of the attack, Police Commissioner Yohanan Danino noted that a similar incident had occurred merely days earlier. "Events such as these will not be allowed to go on, but it's a lengthy process. People must understand that security can not be achieved in one day. We have brought 1,000 police officers and if necessary, we'll bring more."