The condition of Rabbi Yehuda Glick improved significantly Thursday after he was in serious condition after being shot by a Palestinian in an assassination attempt some two weeks.

"His condition is constantly improving," his wife Yaffa said, posting a picture of Glick from Jerusalem's Shaare Zedek Medical Center. 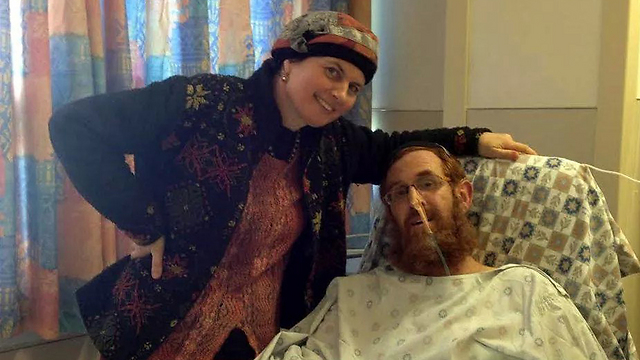 Glick in hospital with wife Thursday
"We are experiencing miracles on a day basis, and we feel the daily prayers from the people of Israel reach us. I send you all a big thanks, from the family and from Yehuda," she wrote, asking the public to refrain from coming to the hospital. Sha'are Zedek Medical Center announced Tuesday that Glick's condition had improved. The hospital reported that Glick was showing good progress towards breathing on his own. His family said in a statement that he had been breathing without assistance since the afternoon, and that his condition was stable. "He is still in intensive care for as long as the doctors decide," they said. 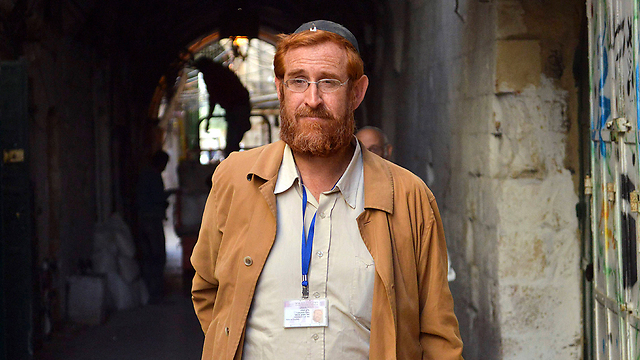 Meanwhile, Knesset Speaker Yuli Edelstein halted the afternoon plenum to announce that he had received a phone call from his friend Glick.

"You're the first people with whom I want to share my joy," Edelstein said. "A moment ago, I stepped down in order to speak with Yehuda Glick, who has been breathing unassisted for two hours.

Glick served as spokesperson for the Absorption Ministry during Edelstein's term as minister, and the two remained friendly. Edelstein thanked well-wishers and hospital staff.

Glick was shot by Moataz Hejazi, a 32-year-old Islamic Jihad operative from Abu Tor, who was waiting for Glick outside of a conference discussing the Temple Mount at the Menachem Begin Heritage Center in Jerusalem. Hours later, the would-be assassin was killed by security forces..