It's official: Israel's Knesset votes to disband, elections on March 17

Knesset parties meet with Speaker to discuss election date: 'We cannot abuse the public, that is my position as an MK not as Knesset speaker,' says Edelstein; 84 MKs vote to disband Knesset.

Israel will go to the polls on March 17, 2015, Knesset Speaker Yuli Edelstein announced Wednesday, as the Knesset voted in favor of its own dissolution.

Edelstein met with the heads of leaders of all of country's political parties, in the first in a number of procedural steps runnning up to the actual election. The bill's passage would mark the official end of the third Netanyahu government, which lasted slightly more than a year and a half. 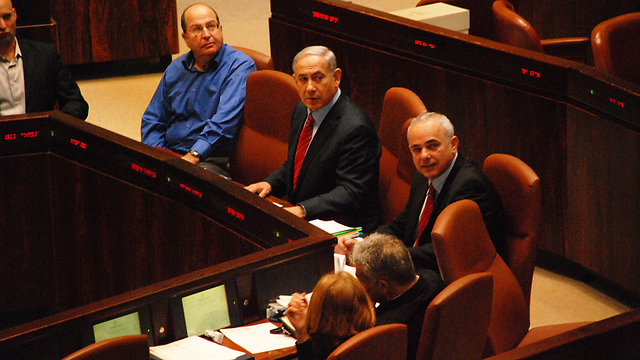 Edelstein, a Likud MK who holds the position of Knesset speark, said: "We cannot abuse the public, that is my position as an MK not as Knesset speaker." 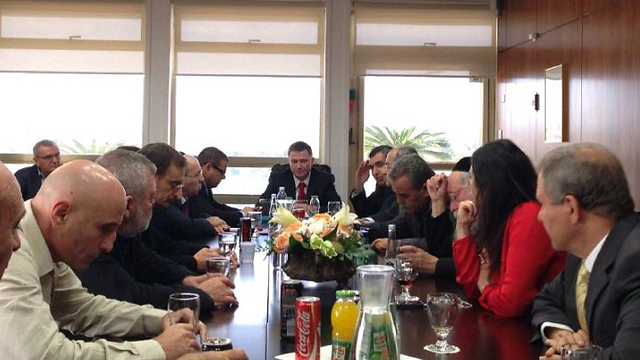 Hours later, the Meretz-backed bill to dissolve the Knesset passed a preliminary reading, with eighty four MKs voting in favor of the bill. Another version of the bill, led by Opposition Chairman Isaac Herzog, then passed its first reading. "The coming elections are about one question: who will lead the government amid the massive challenges facing Israel ?" Netanyahu told a meeting of his Likud party. "The Likud is the only party that should be considered... that is the main lesson from recent years and that is this elections' challenge" he said. Netanyahu's personal victory is almost assured, and thus his comments are an attempt to shore up support for his party. 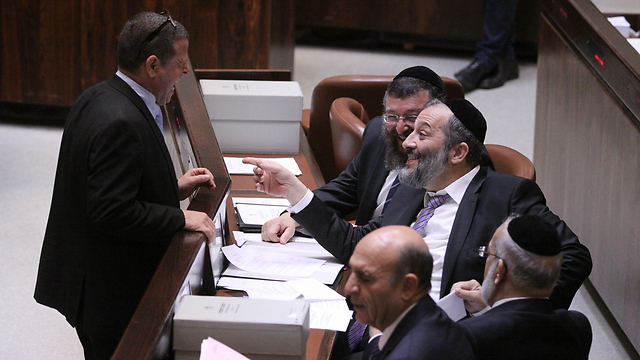 Prime Minister Benjamin Netanyahu announced the elections in an address to the nation Tuesday evening, shortly after he fired Finance Minister Yair Lapid of Yesh Atid and Justice Minister Tzipi Livni of Hatnua. Lapid and Livni have been fiercely critical of the Netanyahu government's policies, a fact that did not go unmentioned in the prime minister's speech, in which he lambasted both ministers for what he termed relentless attacks that paralyzed the government.

The prime minister also said Tuesday night that he would call for the dissolution of the Knesset as soon as possible in order to go to elections and "receive a clear mandate from the people to lead Israel." The announcement sent the political system into a tailspin and political parties scrambling to prepare. Opposition leader and Labor chief Isaac Herzog has already made overtures to the centrist parties, calling on them to band together.

One of those hit hardest by the move could be Arab parties who, thanks to Israel's low threshhold for entry to parliament, had enjoyed a choice of three different parties. But in wake of Governability Law passed by the outgoing government, a new 3.25 percent threshhold could force them to unite to able to make into the legislature.

MK Ahmad Tibi told Ynet on Wednesday that the Arab parties had been inspired by the change in the law, and would definitely unite to safeguard their position in the Knesset.

"Lieberman, who raised the electoral threshold, wants to force the Arab parties out of the Knesset," Tibi said referring to Foreign Minister Avigdor Lieberman, who is openly campaigning for Israel's Arabs to relocate to a future Palestinian state.

"This challenges us all to join together," Tibi said, adding that the "public wants one list."

Commenting on Netanyahu's speech on Tuesday, Tibi said that he "saw a prime minister in distress, boasting of the previous government's achievements. It was quite a strange sight."

Netanyahu's dismissal of Lapid and Livni led the four other Yesh Atid ministers – Education Minister Shai Piron, Health Minister Yael German, Welfare Minister Meir Cohen, and Minister of Science, Technology and Space Yaakov Perry – to announce their resignations from the government. Livni was the sole minister from Hatnua, after Amir Peretz quit over the formulation of the 2015 budget

Perry, a former Shin Bet chief, attacked the prime minister for his accusations, calling his speech "irresolute, cowardly, and bordering on hysterical. I am saddened that at such a time, when the State of Israel faces significant security, economic, and political challenges, the prime minister chose to drag Israel to unnecessary, expensive elections." 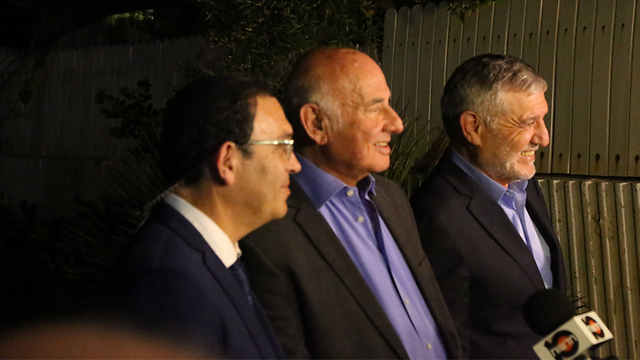 Piron also lashed out at Netanyahu's actions. "After the cowardly act of the past few hours, which characterizes his conduct, the prime minister committed another act of cowardice that we are witnessing at these very moments."