Group of young children on Gaza beach attacked by shellfire

Military Police to investigate killing of 50 Palestinians during Gaza op

The Military Police will investigate the circumstances surrounding the killing of 50 Palestinians during Operation Protective Edge, the IDF said on Saturday night following a decision by the Military Advocate General (MAG) to expand criminal investigations against IDF soldiers over a number of incidents that occurred in the Gaza Strip during the summer's military operation.

An investigation was ordered into, among other things, the circumstances of the killing of four Palestinian children on a Gaza beach by a shell fired by an Israeli naval gunboat on July 16. A preliminary investigation found that the attack was not in accordance with IDF orders, which prompted the opening of the Military Police investigation.

A Military Police investigation was also opened into the July 24 attack on a school in northern Gaza belonging to the UN agency, in which 14 Palestinians were killed. This incident also raised suspicions that the soldiers had acted against the regulations.

Another investigation will be launched into an incident in which two ambulance drivers were killed, on July 25, in Beit Hanoun and Khan Younis. The Military Police will also investigate the attack on the Abu Jama family home on July 20, in which 27 Palestinian civilians were killed.

Another investigation will be conducted into the killing of a Palestinian woman in the area of the Dahaniyeh Palestinian airport on July 18. An initial investigation found that the woman was shot by IDF troops, despite the fact that she had received a permit to get to the airport. 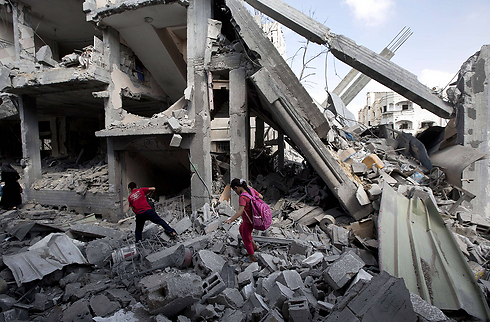 Palestinian children return to their homes after end of military op (Photo: AFP)

Another serious investigation relates to the death of Muhammad Qdeih, who was shot while he was carrying a white flag in the area of Khuza'a, a Palestinian town in the southern Gaza Strip, on July 29.

At the same time, the MAG found it appropriate to recommend that the IDF draw and investigate operational conclusions regarding several incidents. The MAG further found that there was no involvement of IDF troops in the event in a number of cases that had been closed. 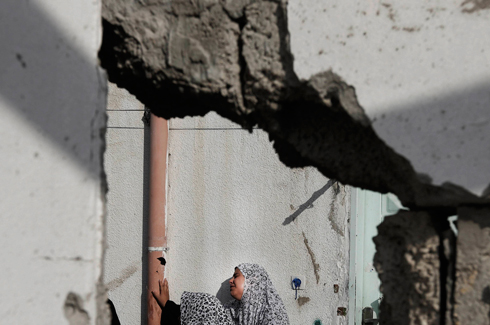 An investigative department in the IDF General Staff is examining dozens of other incidents and their findings are expected to be published later on.

Earlier December, it was reported that special inspection teams from the Military Advocate General's office had began investigating 44 events that took place during the 50-day operation, in which the IDF is accused of illegally striking innocent bystanders.

Criminal investigations were also opened into three other incidents: looting by a Golani soldier in Saja'iyya; suspected violence against a Palestinian held by soldiers for several days; and the death of a Palestinian woman who was shot as she left her home. Seven of the 12 cases were closed, while the others are still being decided upon.